Sarah Taylor is one of the star players in England Women’s Cricket team. She is a wicket keeper batsman and is well known for her free flowing stroke play. Recently, during a Twitter Q & A with her fans, Sarah revealed the name of her favourite cricketers.

When a fan asked her about her favourite wicket keeper, Sarah replied,  “Got to be @KumarSanga2 !!”

Sri Lanka’s Kumar Sangakkara is one of the greatest batsmen in the history of the game. He is one of the leading run-scorers in the cricket history. Sarah took no time in taking Sanga’s name. Sri Lanka‘s Kumar Sangakkara has been a legend on the field and scripted numerous records with the gloves on. Sarah seems to have been highly impressed by Sangakkara as she tweeted:

Virat Kohli is one of the best batsmen in world cricket and Sarah Taylor took no time in taking his name. Kohli is one of the most loved and respected cricketers, not only in India, but across the world. In the last 4 years or so, he has worked extremely hard on his game and established himself as one of the giants of modern-day cricket. Kohli has shown great consistency, across all three formats of the game, in the last 4 years or so and this is the reason why fans admire his passion and hunger for runs so much. 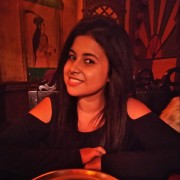