Dale Steyn, who was ruled out for a bruised heel from the ongoing test series was all praises for Debutant Lungu Ngidi for his lethal aggression in India’s second innings. Ngidi has had a dream debut so far and the wicket of Virat Kohli in the second innings would do him a mammoth deal for his confidence. 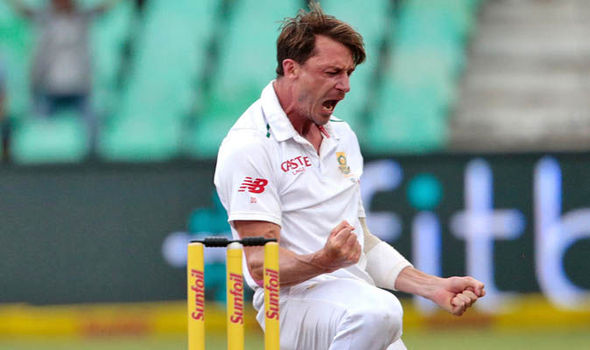 If India ever thought that life was ever getting easy with Dale Steyn being ruled out then Ngidi has only made life tougher. Even Dale Steyn has enjoyed Ngidi’s aggression especially in the manner in which he knocked down Parthiv Patel with a lethal blow to his chest. Dale Steyn really seemed to have enjoyed Lungi Ngidi’s aggression a lot.

Here is what he Tweeted

Lungi Ngidi Has Had A Dream Debut So Far

Ngidi had picked Parthiv Patel in the first innings to claim his first wicket but he has been more lethal in the second innings. India was 3 down towards the end of the fourth day’s play and Ngidi had inflicted a double blow to India.

He first picked up KL Rahul for just 4 and then he removed the Indian skipper and perhaps sealed the game for South Africa. He has shown great aggression in the manner in which he has bowled and this aggression if not more than Steyn is not any less either. India is on the backfoot with the top 3 back to the hut and Ngidi is having the time of his life.

Dale Steyn seems in awe of the 21-year-old pacer who in his very first test match has proved that he is here to stay for long. Ngidi is tall and has a beautiful action with which he is able to generate some great pace and bounce.

Here is the clip of the incident: