Sri Lanka are set to tour Pakistan later this month to play three T20s and three ODIs. The ODI series is scheduled to take place at Karachi and T20 series will take place at Lahore. Since the 2009 bomb blast at the Sri Lankan team’s camp, not many international teams have visited Pakistan. Pakistan’s government worked hard to provide the required security for the visiting teams.

The teams like West Indies and Zimbabwe have recently visited the nation to play the T20 series. The second leg of the last PSL edition was also held in Pakistan. Despite that, the Sri Lankan board has recently announced the team for the Pakistan tour. It was confirmed that as many as ten players refused to visit Pakistan to play international cricket. The list included T20 captain Lasith Malinga, Angelo Mathews, and Dinesh Chandimal, Suranga Lakmal, Dimuth Karunaratne, Thisara Perera, Akila Dhananjaya, Dhananjaya de Silva, Kusal Perera, and Niroshan Dickwella.

Sri Lankan board confirmed that it will be players’ choice to opt-in or opt-out of this tour. They further explained the security situations in Pakistan to Sri Lankan players.

“Former Sri Lanka Air Force Commander Marshal Air Roshan Goonetileke, who is the Chief Security Advisor of the SLC, briefed the players about the security situation in Pakistan and the security arrangements PCB plans on implementing during Sri Lanka team’s tour of that country, whilst Chairman of the National Selection Panel Mr. Asantha De Mel explained about the selection policy for future tours.”

Despite that, PCB has suggested that the “show must go on” and that the series will continue, as per plans. It would be a huge challenge for Pakistan to make this a successful tour to regain trust among international teams.

The Sri Lankan team would be the third country to visit them since the 2009 terror attack. Since then Pakistan lost numerous opportunities to host an international event including the 2011 World cup which India went on to win. 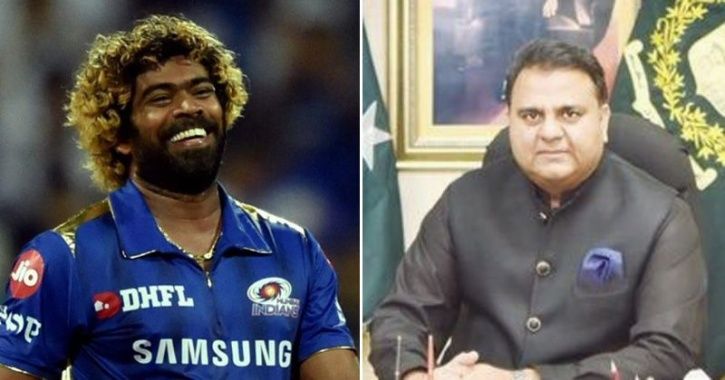 In a recent post on Twitter, Pakistan minister for Science and Technology, Chaudhary Fawad Hussain stated that the boycott was due to Indian threats. He suggested on Twitter that it was the work of Indian threats, due to which the players were not ready to go for the tour.

Informed sports commentators told me that India threatened SL players that they ll be ousted from IPL if they don’t refuse Pak visit, this is really cheap tactic, jingoism from sports to space is something we must condemn, really cheap on the part of Indian sports authorities