10 Most Memorable Banners Fans Brought To Cricket Stadiums: Cricket is a game of passion without a doubt and it is not only reflected by the battle between the bat and the ball within the 22 yards but also by the off-the-field antics performed by the fans. They flock into the stadiums donning the jerseys of the teams they support, with flags drawn on both sides of their faces, the trumpets and the drums and of course, who can forget the banners that they carry with themselves into the stadiums.

The banners are sometimes colorful, while at other times, they are just a representation of how much a particular player means for the fans. At times, a creative banner also helps the fan become a superfan by broadcasting that particular slogan or message on the TV, which the world is able to cherish. In the following lines, we will have a look at 14 best banners in the crowd in cricket stadiums all over the world.

Showing their love for Captain Marvel 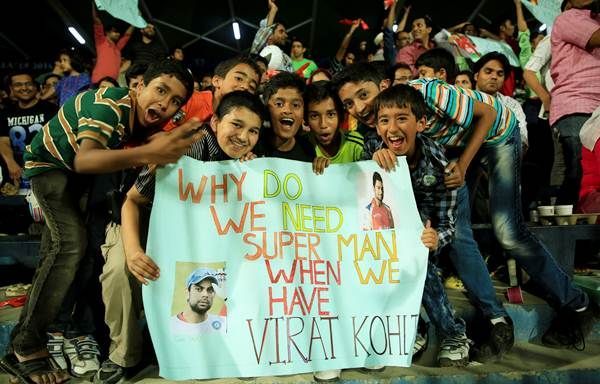 This poster was held by a bunch of kids, who have been inspired, like many others of their age, by the Indian captain Virat Kohli. The run machine and one of the most fascinating batsmen of this generation, Captain Marvel Virat Kohli is one of the most celebrated individuals in the world of cricket and this poster here defines how his fans see him, as they don’t hesitate to compare him with one of the most popular superheroes Superman.

When Sachin took the States by storm 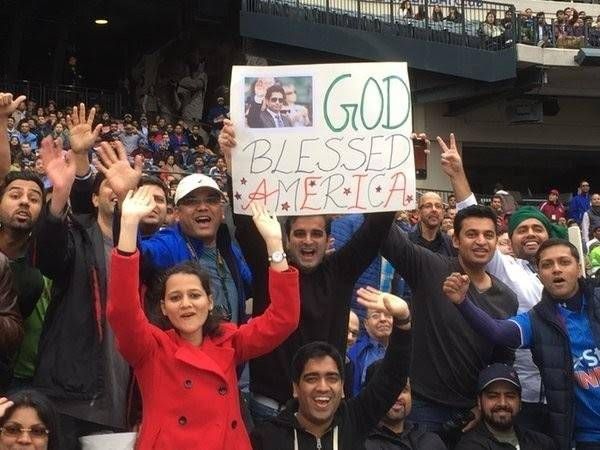 Sachin Tendulkar and Shane Warne were the two former greats who helped to take the gentleman’s game to the United States in 2015.  Undoubtedly, the Indians living there flocked the stadium and showed their love for the living legend of cricket through this banner. 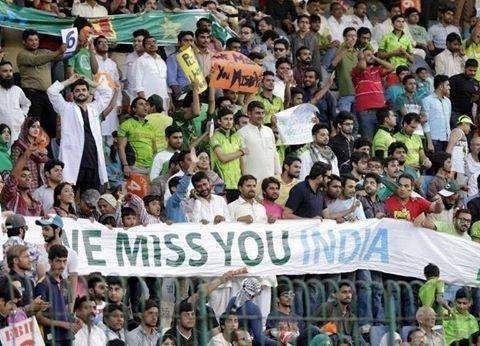 Cricket returned to Pakistan in 2015 with Zimbabwe touring our neighbors. However, this banner here shows how a bilateral series between the two neighboring countries is missed by both sets of fans and how they look forward to reviving the biggest rivalry in the world of cricket. 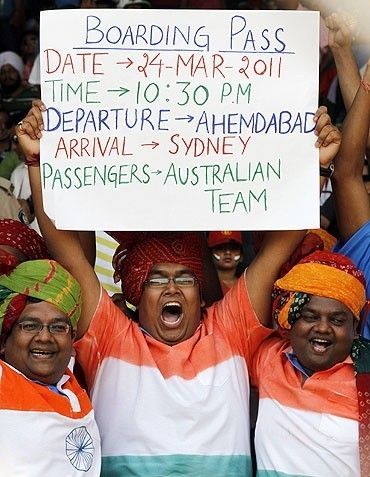 This banner was shown in the quarterfinals of the 2011 cricket World Cup, which mocked the defeated Australian side as the Kangaroos were sent packing by India, courtesy to the heroics from Yuvraj Singh and Suresh Raina. A mock boarding pass was flaunted in this banner, adding insult to the injury of the Aussies in a subtle manner. 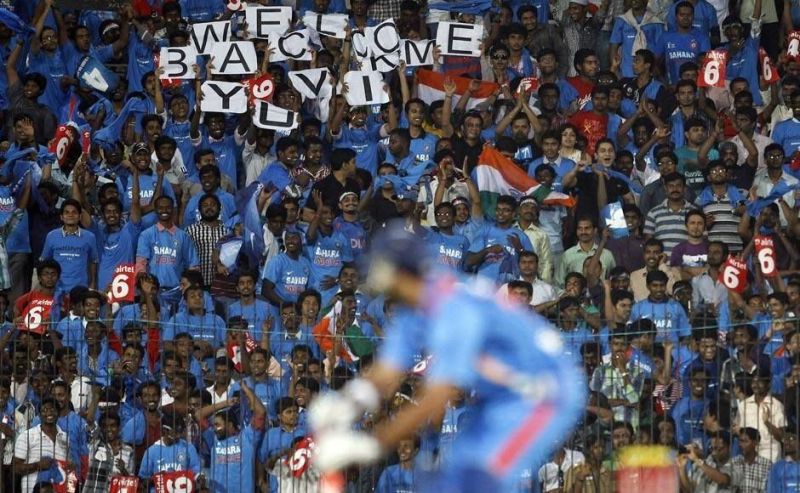 Here the Indian fans show their appreciation for the hero of the 2011 cricket world cup, after which he was diagnosed with cancer, putting his future in absolute jeopardy. However, given the warrior he has been, both on and off the pitch, the Prince of Punjab made a miraculous comeback to the 22 yards as the whole nation welcomed him, just like these fans here with this banner. 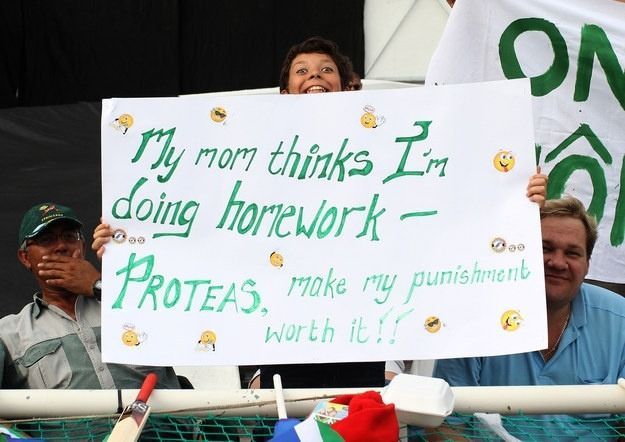 Here is a banner that every little cricket can relate to. It is common to get punished for skipping your homework if you get caught watching your favorite team in action but it is totally worth it if they make the hark work count with a win. 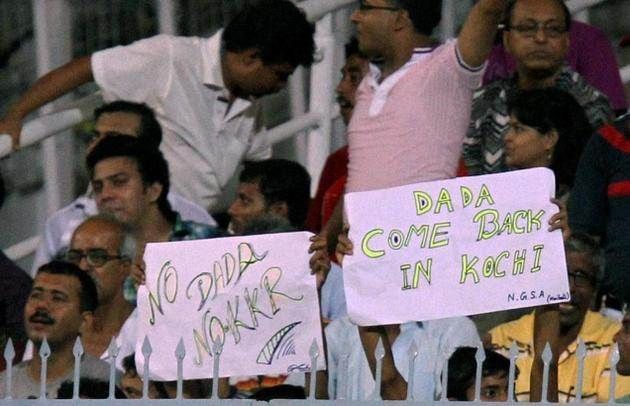 This banner was held up by the fans of none other than the Prince of Kolkata Sourav Ganguly after he was dropped from the side by the IPL franchise Kolkata Knight Riders. There was a huge agitation among his fans all over the country and this banner is a show of how it felt for them to see their favorite cricketer and the former Indian captain missing from the dugout. 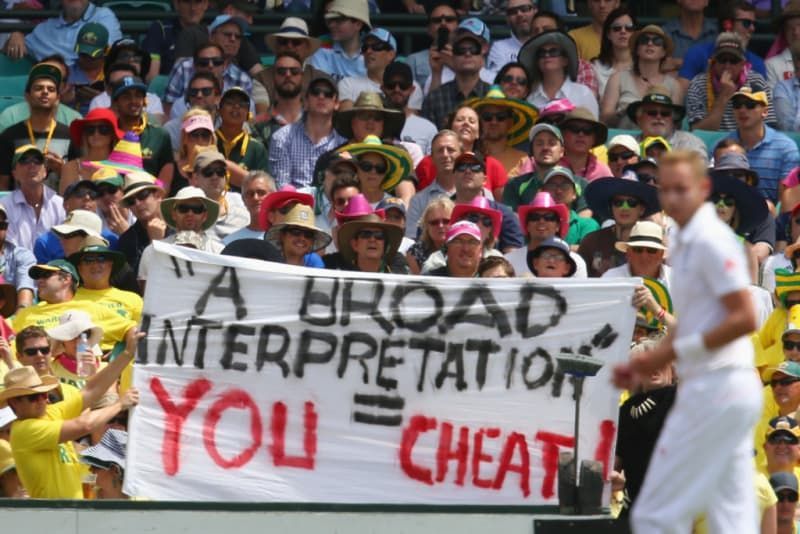 The rivalry between the English and the Aussies is not hidden to the cricket world. When English all-rounder Stuart Broad denied leaving the field even after edging a ball to the keeper, the Australian fans made sure to make him feel guilty when the two sides came out again with this banner.

It’s all about priorities! 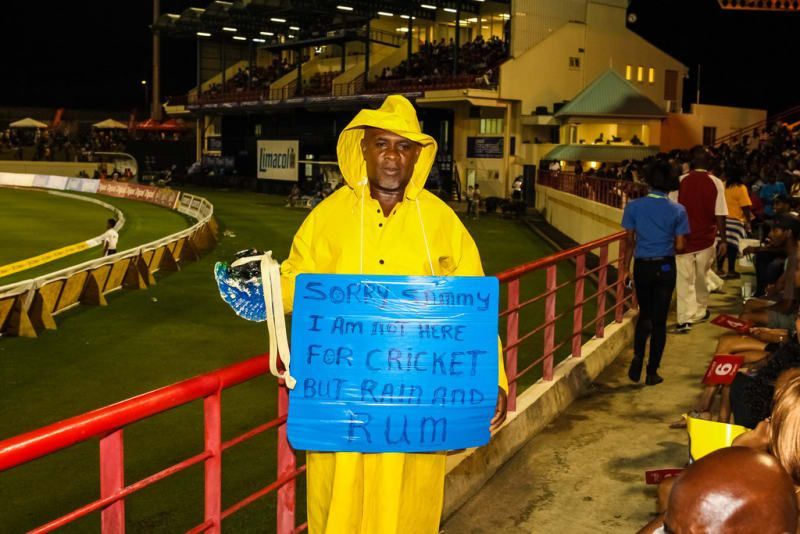 This banner was held up by this gentleman, who seems to have his own way of enjoying a good day of cricket. West Indian cricketers and fans are very much fun-living people and this banner is a perfect example of that. 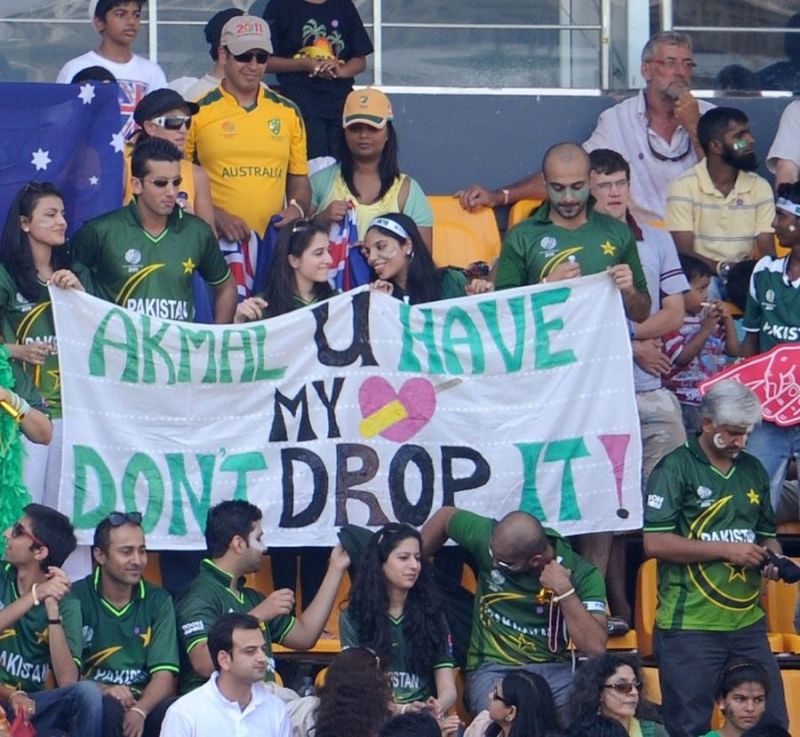 Pakistani cricketer Kamran Akmal was one of the most talented players in the shorter version of the game but it was due to his faulty wicketkeeping that he was dropped from the side. This banner here mocks his wicketkeeping in a light manner.

And we will leave with this double meaning one!