India Vs Australia ODIs: 3 Records That Were Made During The Series:

In one of the fiercest rivalries in cricket, India and Australia locked horns in a rather closely fought three-match ODI series in India. If the visitors gave the Indian team a reality check in the first ODI then the hosts bounced back to level the series in Rajkot. Even in the third ODI, a below-par total on the board saw Australia on the back-foot as India were clinical enough in the decider.

The short India Vs Australia series provided enough moments of brilliance on the field as two top teams went neck-to-neck with each other. The Australian opening duo had a great outing in Mumbai, while KL Rahul stole the show in Rajkot. With some top-quality players that took guard against each other, there were a few records that tumbled through the entire course of the series.

Here’s a look at 3 records that were made during the India Vs Australia ODI series:

Indian opener Rohit Sharma has developed some sort of liking for scoring runs against Australia in ODIs. After failing to go big in the opening fixture, Sharma scored a gritty 44-ball 42 in second India vs Australia ODI in Rajkot. In doing so, he also went past Hashim Amla’a tally of fastest 7000 ODI runs as an opener. It took Rohit only 137 innings to reach the landmark, a ten less than Amla’s 147 innings to claim the milestone.

Rohit became only the fourth Indian opener after Sachin Tendulkar, Sourav Ganguly and Virender Sehwag to score 7000 runs in ODI cricket as an opener. The Mumbaikar boasted of the best average among all the four Indians.

2. India register their 11th ODI win after posting more than 300 runs against Australia 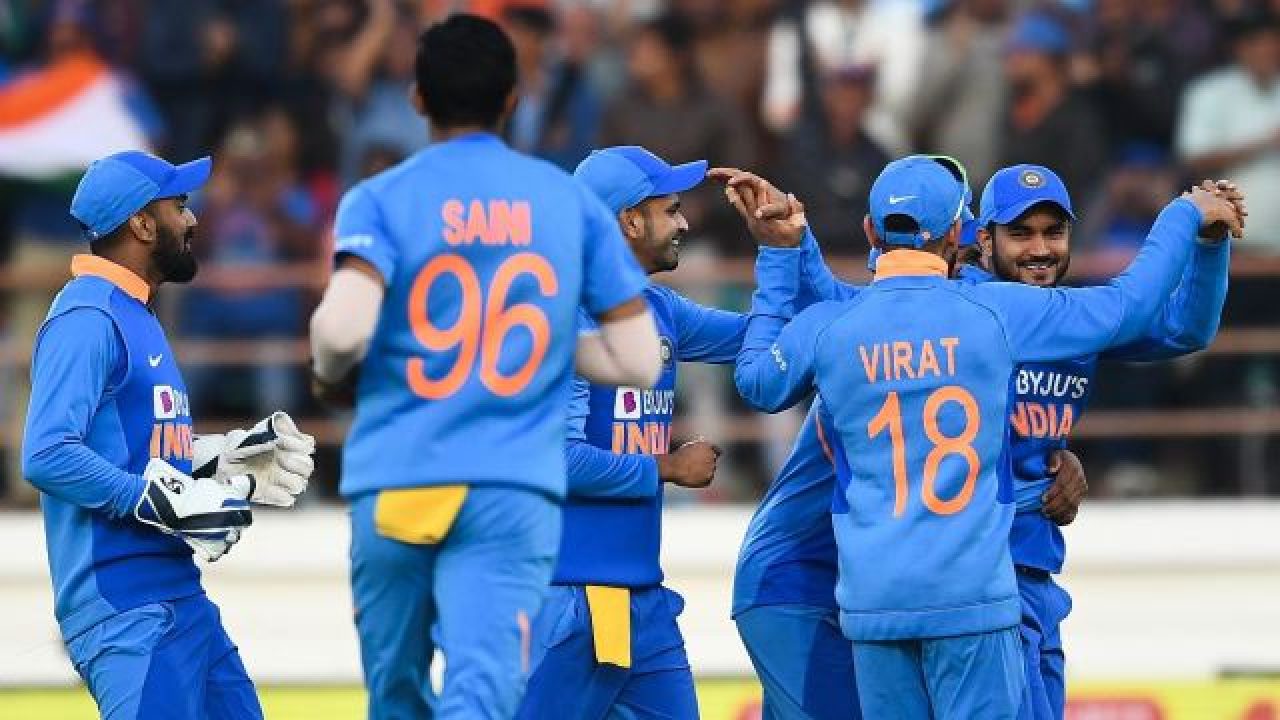 In what was termed as an aberration against Australia at Wankhede, India came storming back into the series as their batters came to the party to put up 340 runs on a flat deck in Rajkot. It was expected for the hosts to make such a strong comeback after they were annihilated in Mumbai. India squared the series with a comprehensive win as Australia failed to chase down a mammoth target.

This also marked India’s 11th ODI win against Australia after posting more than 300 runs in their innings. Before this win, they were matched equally with South Africa with 10 wins against the Men in green and gold.

Indian skipper Virat Kohli hasn’t enjoyed the best of his times against Australia in the previous few limited-overs series. His duel with Adam Zampa was highly discussed after the former falling to the leg-spinner on a few occasions in the past. Kohli’s innings in the first ODI was as well cut-short by Zampa as he failed to get past his nemesis.

However, in the last two ODIs, Virat was at his usual best with consecutive fifties in both the games. In the third ODI at Chinnaswamy stadium, the skipper registered another record as he surpassed MS Dhoni to become the fastest captain to score 8000 runs in ODIs. It took Kohli merely 82 innings to register this many runs. He made it look rather simple as Dhoni claimed the same feat in 127 innings as skipper of the Indian team.