‘King’ Virat Kohli is one the verge of breaking three more records: After being undefeated in the all-important T20I series 5-0 and failing to defeat their opponents in the irrelevant ODI 3-0, India will finally resume their road to Lord’s for the World Test Championship (WTC) against New Zealand. India is unbeaten in the WTC so far and is comfortably sitting at the top with 360 points, 64 more than second-placed Australia. However, this series will be their most difficult battle so far. The hosts are undefeated at home and are full of confidence after white-washing India in the ODI series.

The talks in the Indian dressing room in the build-up to the series has been about the potential injuries to their pace attack and inexperienced top order.

Virat Kohli’s uncharacteristic campaign so far is not helping his team either. In the 7 innings he played on this tour, he went past 50 only once with scores are 45, 11, 38, 11, 51, 15, and 9. He didn’t bat in the warm-up game either. In fact, he was the only specialist batsman in the Indian squad to didn’t test his willow in the match.

However, if we have learned anything from Virat Kohli over the years is that he is secretly a superhuman who is unbothered by the criticism surrounding him and maybe by the end of the series we would be sitting here talking about how dominant Kohli was in the series and about various records that he broke in both the matches. Speaking of records, he is actually pretty close to breaking a couple of them. Let’s look at such 3 records.

#1. Most hundreds as captain Virat Kohli currently has 41 centuries as captain and needs only 1 more to get the most hundreds as captain. He is currently tied with Ricky Ponting for the record who to have crossed the three-digit mark 41 times and to think that Kohli has regularly started captaining in all three formats in 2017 only.

Virat Kohli has failed to score a century in this tour so far, which is pretty dull according to his standards, but that doesn’t mean that he can’t do it against the red-ball. Lack of experience in the opening pair will put more responsibility on Kohli’s shoulder and he is someone who thrives under pressure.

#2. Most Man of the Match (MoM) awards as captain 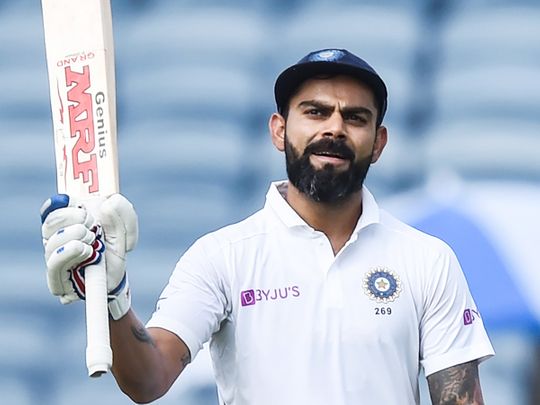 Ricky Ponting’s record of most hundreds as captain is not the only record in danger of being broken by Virat Kohli in this tour. Virat Kohli could also become the captain with the most Man of the Match awards. He currently has 27 MoMs and needs 1 more to tie with the Australian legend who has 28 MoM awards as captain.

#3. 1st Asian Captain to score a century in SENA countries Other than India; South Africa, England, New Zealand, and Australia (SENA) are regarded as the most difficult nations to go and score runs against. A batsman is truly regarded among the greats if he has gone and dominated in these 4 countries. To put it into perspective about how difficult it is to do so, no Asian Captain has scored a hundred in all four countries.

Who knows, maybe he will break all the above-mentioned record in the same game.