5 Things That Have Changed Since The Last Time RCB Defeated CSK At Chepauk: The thirteenth edition of the Indian Premier League is scheduled to commence from 29 March. Chennai Super Kings and Mumbai Indians will lock horns in the opening game at the Wankhede Stadium in Mumbai. Whilst the competition is a few weeks away, the buzz is way too high.

We also witness rivalries between teams in the IPL, and the same between CSK and Royal Challengers Bengaluru is one of them. The rivalry between CSK and RCB is more of a fan-rivalry. The Chennai-based franchise has MS Dhoni while the Red Army is starred by Virat Kohli – two big stars of the Indian cricket. However, as far as n-field performances are concerned, the MS Dhoni-led side way too ahead.

Both the teams have faced each other in 25 matches and the Karnataka-based franchise has tasted victory in only eight games. On the other hand, the Yellow Army has come on the top on sixteen instances with one game producing no result. Since 2015, the results have got worsened for RCB. RCB have managed to win just one out of seven matches against CSK in this duration.

As far as CSK’s record in their own backyard is concerned, their record is fantastic. At the home ground of CSK – M. Chidambaram Stadium, RCB have won just one out of eight matches against CSK. In 2008, the Rahul Dravid-led side defeated the hosts by 14 runs. Batting first, the visitors were 97 for six at one stage. However, Praveen Kumar’s cameo of 21 runs off just 11 balls took RCB to a respectable total of 126.

Anil Kumble led the charge with the ball and snared three wickets – Parthiv Patel, Stephen Fleming, and Subramaniam Badrinath. The off-spinner conceded just fourteen runs in his bowling spell of four overs. Kumble was presented with ‘Man of the Match’ award for match-winning performance. And, this victory remains RCB’s only victory at Chepauk so far.

Both sides are scheduled to face each other in Chennai on 27 April. The Virat Kohli-led side would try to better their record this time around. Here, read 5 things that have changed since RCB last defeated CSK at Chepauk.

Rivalries bring out the best in players, and we've seen this time and again when @ChennaiIPL and @RCBTweets have ⚔️.

Get set for #VIVOIPLonStar by reliving the best of this match-up on #VIVOIPL: Rivalries, tonight on Star Sports! pic.twitter.com/tdDJ8avGQI 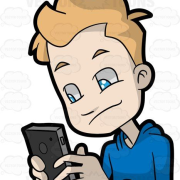