The Indian openers had a forgettable series against New Zealand. In the absence of Rohit Sharma, the left-hander Shikhar Dhawan should step up and score for his country. Another aggressive opener, Prithvi Shaw would look to use the opportunity as there is no Rohit Sharma in the squad. Prithvi Shaw would be looking to make an impact at the top of the order in the India vs South Africa 2020 ODI series.

The Indian skipper, Virat Kohli had a poor series against the Kiwis. He would look to get his touch again in the home series. Shreyas Iyer and KL Rahul have been in tremendous form in the shorter formats of the game. They will look to continue their same form against the Proteas. KL Rahul, who has been good with the gloves, will continue to the wicket-keeping duty. India’s middle-order will be a big factor in the India vs South Africa 2020 ODI series.

The Baroda born all-rounder, Hardik Pandya, has finally recovered from the injury. In the recently concluded DY Patil Tournament, he smashed a knock of an unbeaten 158 off just 55 deliveries. He will provide a big boost to the struggling Indian side. Ravindra Jadeja, who has been tremendous with both the bat and the ball, would look to contribute against South Africa.

Jasprit Bumrah did not trouble any batsmen in New Zealand. He could not get the wickets when the team needed it. However, he will look to regain his touch in the home series. Navdeep Saini, who has impressed with his pace and length, will keep his place. Bhuvneshwar Kumar has to be his best to trouble the Proteas and Yuzvendra Chahal will be considered as the front-line spinner for his country. Indian cricket fans would be happy to see Bhuvneshwar Kumar in the India vs South Africa 2020 ODI series. 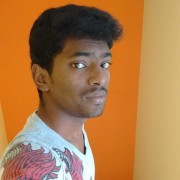