5 Most Memorable Cricketing Moments Between India And Pakistan: India vs Pakistan is a contest that always has a tangible excitement surrounding. Regardless of its setting, the contest brings out the best and the worst on both sides. The arch-rivals have faced each other countless times, with India dominating the men in green in a recent competition. No cricketing fan in the sub-continent looks to miss the ‘El Clasico’ of cricket.

The rivalry has produced tons of memorable moments throughout its existence. In this piece, we will take a look at the top 5 moments from the Ind-Pak rivalry. The bowl-out between India and Pakistan in the 2007 T20 World Cup is one of the most memorable instances in the T20 WC history.  The arch-rivals met in the group-stage match long before the famous final. The contest was one befitting of the generated hype. The match ended in a tie, and a bowl-out was announced to reach a proper conclusion.

India picked spinners and part-time slow bowlers like Harbhajan Singh and Sehwag, while Pakistan chose to depend on their fast bowlers more. The home team struck thrice, while Pakistan failed to do so even once. India won the match in a thrilling finish. 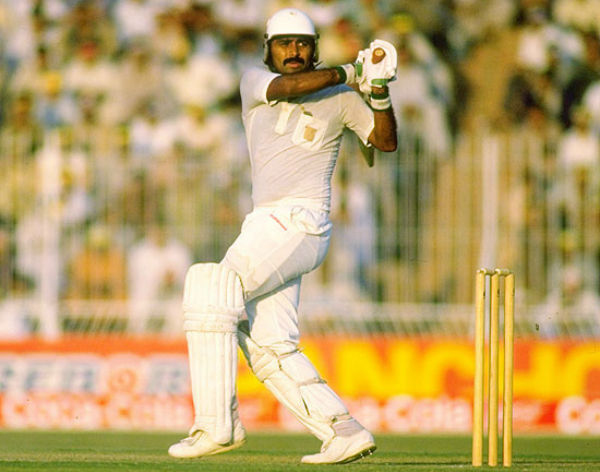 Javed Miandad as Pakistan’s MVP by the time the 1986 Austral-Asia Cup came around. India won the toss and chose to bat first. They posted a healthy total of 245. Chasing the target, Pakistan stumbled its way to a tense situation, needing 4 runs with 1 wicket in hand. Javed Miandad was the only proper batsman remaining on the field.

In any other situation, a batsman would take a less risky approach in order to win the match. However, that wasn’t the case for Miandad.  He hit the ball for a huge six, sealing the win for Pakistan. The six made Javed Miandad a household name in Pakistan.

Anil Kumble is without a question, one of the greatest of all time. The man completed his degree, played for the national team, and set multiple records for generations to come. His feats of bowling have long been recorded in cricketing folklore. One such feat was against Pakistan. India were hosting Pakistan in Delhi for a Test match, and it seemed that Pakistan would probably win. Kumble, however, thought otherwise. He lapped up the entire Pakistan team in the second innings, capturing all of the 10 wickets in a single inning. Needless to say, India won the match, while Kumble won the heart of people across the globe. 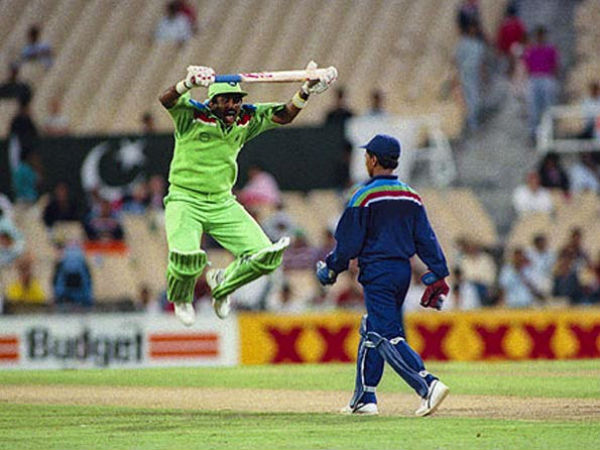 Javed Miandad makes this list again, but for all the wrong reasons. This moment is one of the most hilarious ones in cricket. Miandad was getting frustrated by Kiran More’s incessant appeals. A few words were exchanged, but tensions kept rising. After a few balls, Miandad turned to More and performed jumping actions in order to mock More’s incessant appeals. Everyone took it in great stride, and this moment played out to be one of the funnier ones. Luckily, Javed wasn’t fined for his misdemeanor. 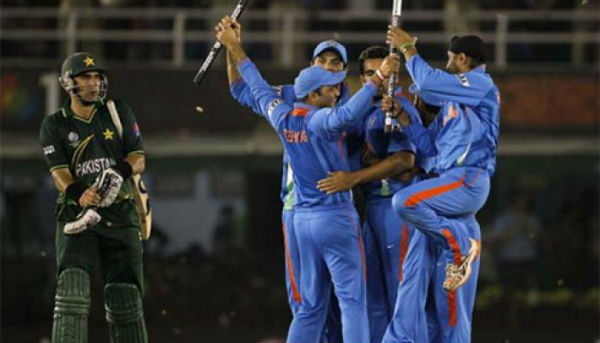 There is nothing more prestigious in cricket than the World Cup trophy. Careers are made and destroyed while preparing for the prestigious tournament. So it was a euphoric moment for all the Indian fans when India defeated Pakistan to win the inaugural T20 World Cup.

Everyone knows this story. Pakistan seemingly had the match in their grasp when Dhoni decided to take a chance on Joginder Sharma. The nerves built as extras gave away free runs. However, one mistake in Misbah’s shot selection cost Pakistan their shot at World Cup glory. Crowds erupted as Sreesanth caught the ball and celebrations ensued to mark the hosts’ triumph.