India has improved a lot in the cricket world over the last few decades. The fact that India is the only country to win a 60 overs, 50 overs, and 20 overs World Cup solidifies the claim made above. The batting department has been the main strength of the Indian team. Although the Indian bowlers have also worked hard in recent times, the core strength of the side remains its batting unit.

The law of averages has hit the Indian team seldom as the opposition bowlers have dismissed the Indian batters quite cheaply on a few occasions. One batsman tried his best to save the day for the team. Unfortunately, he did not receive proper support from his partners. Here’s a look at the three instances when a single Indian batsman scored over 50% of the team’s runs in an ODI game. Sri Lanka toured India in 2017 and much to the shock of the cricket universe, the islanders bamboozled the hosts in the series opener. The Sri Lankan team bowled India out for just 112 runs in the first innings at Dharamsala. Thanks to MS Dhoni’s valiant 65, India managed to touch triple figures that afternoon. Otherwise, Suranga Lakmal, Angelo Mathews, and the other Lankan pacers had destroyed the Indian batting lineup. India lost that game by 7 wickets in the end. 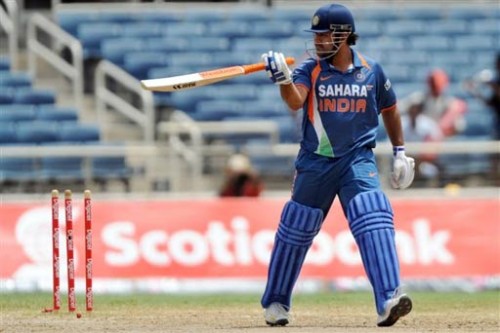 MS Dhoni features on this list once again because he has done this job multiple times in his career. The right-handed batsman from Ranchi played an emphatic inning of 95 runs against West Indies in 2009 at Kingston. Jerome Taylor, Ravi Rampaul, and Dwayne Bravo broke India’s back. However, Dhoni’s 130-ball 95 and RP Singh’s 75-ball 23 helped India reach near the 200 runs mark. Ultimately, Dhoni’s efforts could not save the match for India as West Indies won the game by 8 wickets. 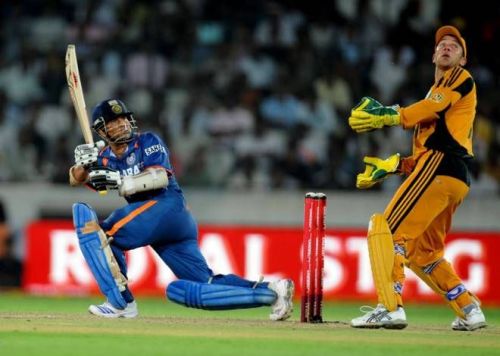 This knock has a special place in the hearts of the fans because Sachin Tendulkar owned the Australian bowlers that evening in Hyderabad. He battered the likes of Ben Hilfenhaus, Doug Bollinger, Nathan Hauritz, and even Michael Hussey on his way to 175. Tendulkar took just 141 deliveries to score those runs. Only Virender Sehwag had a better strike rate than him. Still, he lost his wicket in the 48th over as India choked while chasing a target of 351 runs. India scored 347 runs before losing all wickets as the Aussies won the game by just three runs.