The technique has a very significant place in the world of cricket. Without proper technique, one cannot succeed in the field. Be it as a batsman, as a bowler, or as a fielder, the importance of technique is sky-high. However, over the years, several unorthodox players have ruled the cricket universe with their unique way of playing the sport.

Here’s a look at the top 4 Indian batsmen who did not have a conventional technique, but still, they succeeded in the global cricket arena. The biggest name present on this list is of Mahendra Singh Dhoni. The Ranchi-based wicket-keeper batsman kept the wickets in a very different manner, and he also batted quite opposite to the conventional way. Dhoni invented the helicopter shot. Besides, he played many weird shots in the middle to toil the opposition bowlers.

Suresh Raina is one of India’s finest players in ODI cricket history. Right from the start of his career, Raina was a very gutsy cricketer who gives his 100% effort every time, he steps on the field. Raina, despite his technical flaws, especially against the short-pitched bowling, did very well for India and played some very important innings in big ICC tournaments.

Raina has proved that batting is not just limited to textbook technique if a batsman is smart and aware, he can score truckloads of runs in international cricket. Nicknamed as the big-hitting Pathan, Yusuf made his international debut at the grandest stage of ’em all. He made his entry in the Indian team during the final match of the T20 World Cup 2007. Yusuf made it clear that he belonged to the modern category of players with his different set of shots. 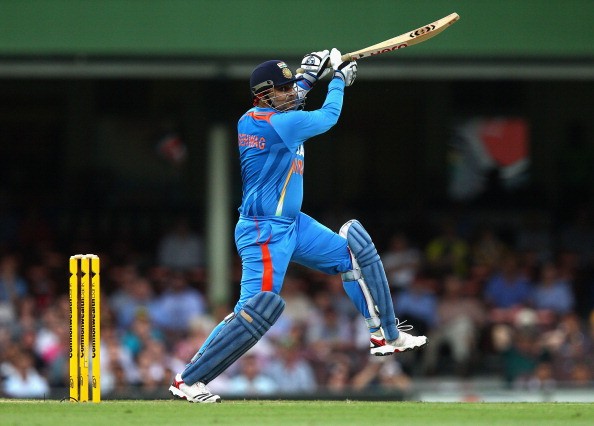 Another unconventional batsman who did not have a sound technique, but still succeeded in cricket was Virender Sehwag. The Delhi-based player had only one goal and that was to smack every ball towards the boundary line. His persistence to send the balls outside the boundary line made him one of the greatest batsmen ever.