T20 is the shortest and the newest format of the game. Each team gets only 120 balls, so even the openers can get only around 60 balls. This is why centuries are rarer in T20 cricket than in the other formats of the game. 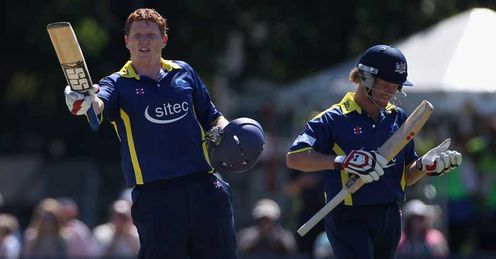 Kevin O’Brien made headlines when he scored a brilliant century in the World Cup against England. The Irish all-rounder proved that knock was not a fluke when he and his partner Hamish Marshall took the Middlesex bowlers to the cleaners.

The duo put up an opening partnership of 192 runs as both of them scored centuries. While O’Brien scored 119 off 52 balls, Marshall gave him ample support by scoring 102 runs off 54 balls.