It is seldom that a team gets all out in a day, that too in a Test match, though it is not a very rare occurrence on some really rough pitches for the batting side. However, very rarely do we see a team getting out twice a day during a Test match. Such disasters occur once in a blue moon and in the following lines, we will have a look at a few such incidents, when the bowling side got the better of the batting side all ends up.

This mishap took place on the third day of the third test match between India and England. It was a four-test series, with England already in the driver’s seat, having won the first two tests with absolute ease.

While it was expected that India will lodge a fightback against the hosts after they put on a decent display in the first innings, scoring 347/9 before declaring the innings.

However, the Indian batting lineup was in absolute tatters as they were bowled out for 58 and 82 runs respectively on the same day to hand England a memorable win by an innings and 207 runs.

Vijay Manjrekar topped the scoring chart for India with 22 runs while Hemu Adhikari scored 27 runs to appear as the top scorer in the first and the second innings respectively.

A feeble looking Zimbabwe team got absolutely battered by the Kiwis on their tour to the African nation as they were bowled out twice by the visitors on the same day in the first test of the two-match test series.

New Zealand declared their innings on 452/9 as Daniel Vettori dazzled with the bat to bring up a century (127 runs). The hosts, being put in to bat, could not show the minimum resistance and were bowled out for 59 and 99 runs respectively.

Stuart Carlisle top-scored with 20 not out in the first innings for Zimbabwe while Hamilton Masakadza scored 42 runs in the second innings to top the scoring charts.

The African side once again fell victim to this unwanted feat and it was against New Zealand once again. The visitors scored 51 and 143 runs respectively in reply to the 495 runs off 7 wickets scored by the Kiwis.

In their futile chase that lasted only a day in the one-off test match, Zimbabwean batsmen Malcolm Waller and Regis Chakabva scored 23 and 63 runs respectively to see New Zealand lift the trophy with absolute ease. The Indian side got the better of the debutants Afghanistan as they played their first-ever Test match. It was a one-off test series and was won by India pretty comfortably, with the hosts scoring 474 runs in the first innings, courtesy of a brilliant knock of 107 runs by opening batsman Shikhar Dhawan. 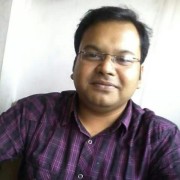