Solid Technique But Couldn’t Do Well: India has produced some of the greatest batsmen in the history of the game. The Ranji Trophy is a breeding ground for talented batsmen. Over the years, we have witnessed the emergence of a lot of quality batsmen from that tournament.

While pitches in Ranji Trophy are batsmen friendly at the start, it becomes difficult as the match goes on. There are a lot of quality spinners and fast bowlers, so you need a good technique to score runs against them. While good technique helps batsmen in making their mark on international cricket, but there are some exceptions. Let us look at some cricketers, who had a solid technique but they failed to score a lot of runs in Test cricket. 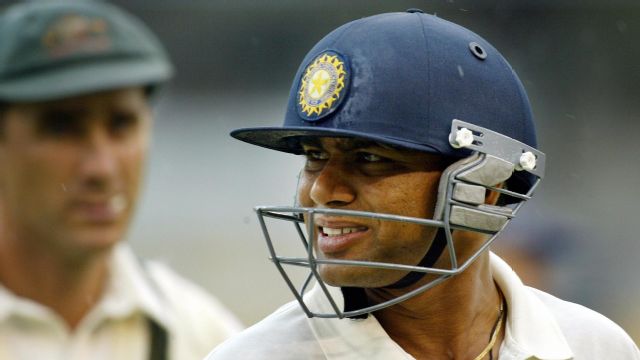 Aakash Chopra had a technique that seemed tailor-made for Tests outside Asia. The Delhi opener had a brilliant head on his shoulders. His temperament allowed him to stay at the crease for a long time and make it easier for the middle order.

The opener impressed on the tour to Australia, but ironically he lost his place in the team after a poor home series against Australia. The man who scored almost 11,000 runs in Test cricket never got another chance to play for India. At one point, Shiv Sunder Das seemed to be the right person to open the innings for India in Test innings. He was great at leaving the ball outside off stump and had great feet movement was great.

The opener was the only player from Orissa to represent India in Test cricket. The right-hander was a regular fixture in the Indian team before he lost his place after a poor tour to West Indies. Unfortunately, he never got the chance to play for India again.

Wasim Jaffer holds the record of most runs in Ranji Trophy with more than 11,000 runs in India’s premier domestic tournament. The Mumbaikar made headlines when he made a triple century in only his second first-class game.

The right-hander who had a great temperament made his Test debut in 2000, but he struggled against South Africa. He looked better when he made a return to the Test team as he had good tours of West Indies and England. Unfortunately, he lost his place for Gautam Gambhir and he could not make a return. Sanjay Manjrekar is one of the famous commentators in the world. In the 1980s, a lot of people believed that he had the technique and composure to be as good as Sunil Gavaskar. His father Vijay Manjrekar was a legendary cricketer too, and Sanjay had a similar technique.

While career started on a bright note with centuries against West Indies and Pakistan, he failed to live up to the hype. He managed to score just one more century in his Test career, which came against Zimbabwe.

Murali Vijay made his Test debut replacing Gautam Gambhir who was serving a suspension. The Tamil Nadu opener had to wait for some time to become the first choice opener ahead of Sehwag and Gambhir.

When he got his chance, he grabbed it with both hands as he impressed on several tours. His career went downhill since 2016, as he lost his place in the team in 2018. The right-hander has scored 12 centuries and has an average of 38.29 in Tests, which is low for a player of his caliber.