India vs. Pakistan is one of the most iconic rivalries in sports history. The fans always ensure that their compatriot receives enough support against his opponent. Their cricket matches gain maximum viewership as the sport is trendy in both countries. Over the years, India and Pakistan have produced some close encounters, and the fans’ hearts have skipped a beat while watching these games.

Their clashes in ICC World Cups have the utmost importance because the 50-overs World Cup is the most prestigious tournament in cricket history. India has never lost to the Men in Green in that tourney, and here’s a look at the 5 Indian bowlers with the most wickets against Pakistan in ICC World Cups.

At number 5 is India’s most successful left-arm pacer, Zaheer Khan. The fast bowler played two World Cup matches against Pakistan. He picked up two wickets each in both games. Khan played his first World Cup game versus the Men in Green in 2003, where he scalped the wickets of Taufeeq Umar and Younis Khan. Eight years later, Zaheer dismissed Kamran Akmal and Misbah-ul-Haq in the 2011 World Cup semifinal to help India seal their berth in the finale. 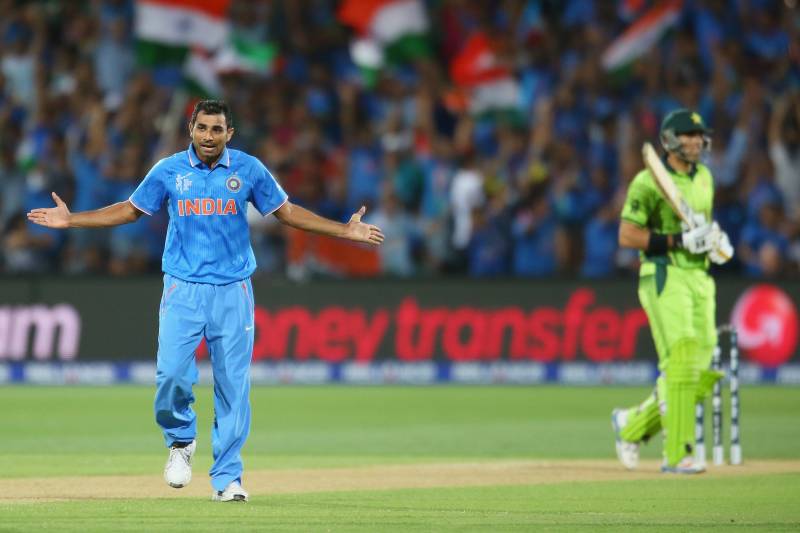 Mohammed Shami has played only a solitary World Cup against India’s arch-rivals. He helped the team win that game with a match-winning spell, where he picked four wickets in nine overs. Shami bowled a maiden and conceded just 35 runs besides taking the wickets of Younis Khan, Misbah-ul-Haq, Shahid Afridi, and Wahab Riaz. 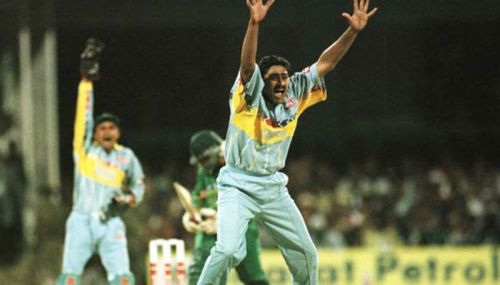 Indian leg-spinner Anil Kumble was a part of three India vs. Pakistan World Cup matches during his legendary career. His first appearance came in 1996 when he sent Ata-ur-Rahman, Mushtaq Ahmed, and Saleem Malik back to the pavilion to set up a 39-run win for the Men in Blue. Three years later, Kumble picked two more wickets to help India win another crucial game. Although he could not pick up a wicket in the 2003 World Cup clash between India and Pakistan, Kumble stands at the third position on this list. 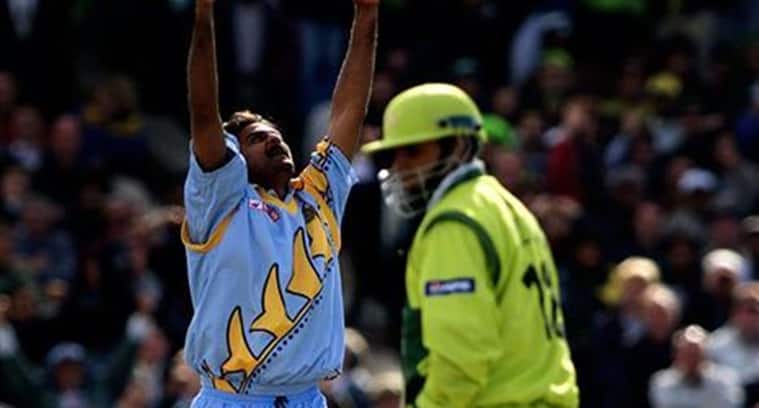 Javagal Srinath led the Indian pace bowling in the 90s, and he bowled multiple match-winning spells against Pakistan in ICC World Cups. In the 1999 World Cup, Srinath emerged with figures of 3/37 to power the team to an emphatic victory. In the 2003 World Cup, he sent the dangerous Mohammed Yousuf back to the pavilion, while he picked four wickets in his first two World Cup appearances versus Pakistan. Venkatesh Prasad has been the most successful Indian bowler in World Cup games against Pakistan. The right-arm pacer from Karnataka played only two fixtures versus the Men in Green. Still, he ended up picking eight wickets. Every 90s kid remembers his clash with former Pakistani skipper Aamer Sohail. Prasad had picked three wickets in the 1996 World Cup match, and three years later, he won the game for the team with a five-wicket haul.