The art of scoring a century on a tough pitch is one of the most difficult tasks for a batsman. While some have carried their team under tough conditions by scoring a gritty century, others have played uncharacteristic knocks on flat tracks which have resulted in angry fans. Here we look at five slowest centuries by Indians in ODI’s,

In the second ODI of the India tour of South Africa, the Proteas batted first and were restricted to a meager total of 199. The track at Jamshedpur was not an ideal one for batsmen.

Ganguly lost his partner Tendulkar early and Sunil Joshi went for a duck. Considering the low total, Ganguly took the time to play himself in and stitched a century partnership with Dravid to steady the ship. In the end, Ganguly was unbeaten on 105 and India won by 6 wickets. What was supposed to be a monumental achievement was overshadowed by the fact that on a slow pitch he has taken too many balls to reach the milestone. Bangladesh chased India’s target with ease and this tournament was Sachin’s last one before his retirement. 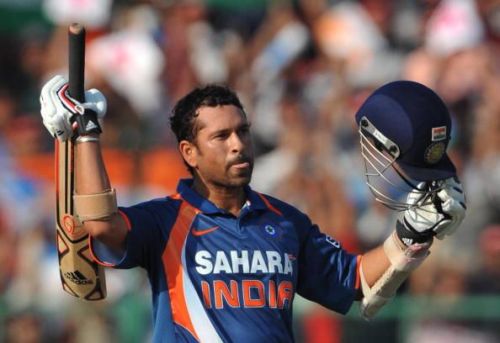 This knock was quite the opposite of the previous one as India kept losing wickets at one end, leaving Tendulkar with no choice other than ensuring the bats throughout the game.

India were 102-4 in 23.5 overs and Sachin’s diligent 100 run partnership with Robin Singh for the 5th wicket took India to a respectable total. He had batted for 46.4 overs before finally walking into the pavilion after getting run out. The outfield was deadly slow and came into criticism from the Indian captain Ganguly after the loss.

In this World Cup encounter, Australia batted first and put on 282/6 at the end of 50 overs. If not for Ajay Jadeja’s valiant effort, India would not have reached a triple-digit score as their chase collapsed in an incredible manner.

Ganguly was castled for 8 by Damien Fleming while Sachin was dismissed for a duck by Glenn McGrath. At 17/4, India were staring at a humiliating defeat but Jadeja along with Robin Singh saved India’s blushes. But in the end, it was not enough as India lost by 77 runs 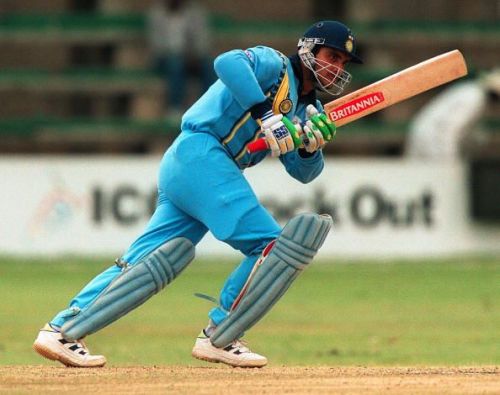 The slowest century by an Indian came in the second match of the Pepsi Cup at Nagpur. Ganguly’s opener Ajay Jadeja departed for 11 when Dravid combined with Ganguly. Both of them scored centuries in a memorable 236 run partnership for the second wicket.

Quite surprisingly, Dravid was the more aggressive of the two as his 116 came at a strike rate of 98. Ganguly finished with a rather slow 130 off 160 balls but it did not impact his team as they won by 80 runs.