Fantasy team-up is one of the the most hotly debated topics in all kinds of team sports. To a certain extent, the IPL has made some of the dreams of cricket fans come true. Who would’ve though that Kohli and de Villiers would play side-by-side from the same team? Till any such opportunities arrive for the other two formats, we will content ourselves with fantasizing dream teams with different combinations. We have assembled a team by selecting an active left-hander from each of the top 11 Test teams in the world.

Shikhar Dhawan had an explosive Test debut, scoring the fastest ever Test century on debut. He went on to score consistently in the rest of the season, and has now cemented himself as one of the best openers in the world. He averages more than 40 in Test cricket, and has always helped his team established a solid base. There’s no real argument against why he doesn’t deserve his place among the best.

The New Zealand Test and ODI vice-captain is one of the best Test batsmen in the world currently. He averages more than 42 in Tests, and has an exemplary record in the longest format of the game. He has emerged as one of the most important New Zealanders in the country’s emergence as a cricket giant. If there’s anyone who deserves this spot, it is him. 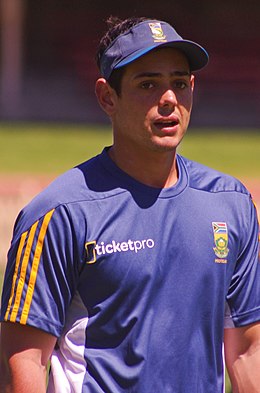 Quinton de Kock is widely regarded as one of the best wicket-keeper batsmen in the world. The diminutive South African has made his mark in all formats of the game, and has excelled in whatever position he is made to bat in. de Kock has great temperament, and can easily get into damage-control mode or build on the strong base according to the situation.

The Bangladesh Test captain has scored incredibly at number 4, averaging 61.21 at the position. The left-hander has impressed everyone with his batting prowess, and seems to have no intentions of stopping anytime soon. He has scored 9 centuries in Tests, the joint most by a Bangladesh player.

Kushal Perera averages an incredible 64+ in the middle order. The talented Sri Lankan batsman has become a permanent presence in the islander team. Sri Lanka is in a transition period, and there’s a lot of hope in the talented cricketer. His presence in any Test team is justified, as his record speaks for himself. The talented Zimbabwean has a relatively new career, but has already impressed many with his potential. He averages more than 50 in the middle order. Ervine has hit more than 3 centuries and 4 half centuries. He also captained the side on one occasion in Feb 2020.

Is there anyone better than Ben Stokes at the moment? The talented cricketer has set the world on fire with his on-field exploits. His Headingley innings will forever be remembered as one of the best ever in the history of Test matches. Save for Ravindra Jadeja, there isn’t really anyone else who could turn the tide of a match like Stokes can. He holds numerous records, such as the record for England’s fastest ever Test double-century, the fastest ever Test match 250, and the highest ever score for a Test batsman batting at number 6.

Devendra Bishoo has had a tumultuous international career. He rose to prominence after brilliant performances in first-class cricket. The attacking spinner has played only 36 matches, but has managed to take 118 scalps. A great spinner is needed in any successful Test team, and Bishoo has shown that he can handle such responsibilities well. 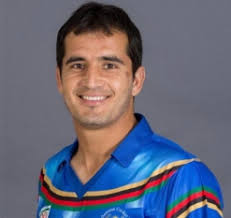 While this may seem like a controversial pick, given that he has played only a single Test match, Amir Hamza has more than shown that he belongs on the international stage. In his solitary match, he picked 6 wickets at an average of 13.17. The talented spinner looks to make most of his chance at the big leagues.

Mitchell Starc is one of the best fast-bowlers in the world. The left-hander has been brilliant throughout his career in all formats of the game. His fast pace and accuracy has made him one of the most feared bowlers in the world. He has taken 344 wickets from 57 Test matches. His entry s the only reason why Warner was deprived of the opener’s slot, as we have selected only one player from each team.

Shaheen Afridi is someone who has only recently burst out on the international scene. The talented Pakistani pacer has taken 30 scalps from only 8 matches. He bowls consistently at very high speeds, and has troubled every batsman who has faced off against him. He is someone who has shown great potential, and the left-hander has only started.