Virat Kohli has been one of the greatest batsmen the gentleman’s game has ever produced and he has already proved that on a number of occasions over the last few years. His attitude on the field has branded the Indian skipper as a hot-headed person, contrary to his predecessor Mahendra Singh Dhoni. However, over time, the player has shown that he can be a true gentleman on the field of play and show pleasant gestures towards his opponents as well. In the following lines, we will have a look at a few instances when Virat Kohli proved that he plays the game in the right spirit. 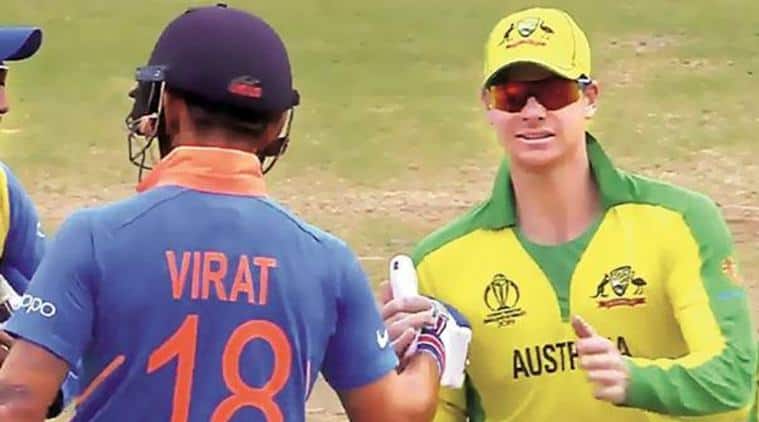 After the “brain fade” incident during Australia’s tour of India in 2017, the “friendly” relationship between Steve Smith and Virat Kohli hit a low as the Indian skipper openly criticized the then Australian captain for his unsportsmanlike behaviour. However, during the World Cup 2019 match against Australia, Kohli was seen going up to the Indian supporters who were booing Smith for his involvement in the ball-tampering incident that earned him a ban of a year from international cricket and urging them not to boo him and rather applaud the Aussie. The gesture was an example of true sportsman spirit from the Indian skipper and was well-accepted by Steve Smith and the Australian cricket team.

Showing respect to Kumar Sangakkara while he retired 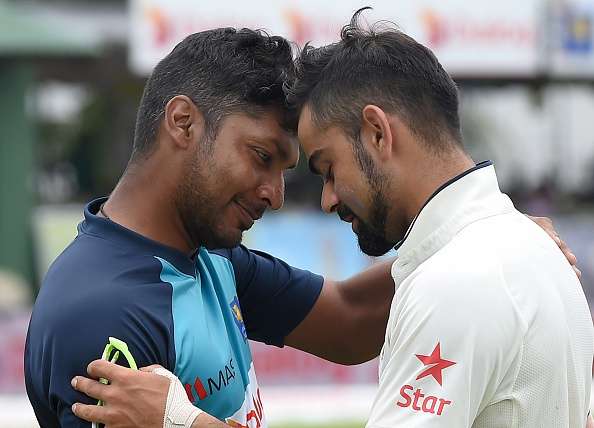 The Sri Lankan batsman wicketkeeper bid farewell to cricket during India’s tour of Sri Lanka, which was also Virat Kohli’s first full Test series as the skipper of the Indian cricket team. During the second test of the series, which India won, Virat Kohli showed immense respect for the former Lankan great, both after his dismissal on 18 runs in the last innings of his career as well as when the Sri Lankan team came on to the ground to shake hands with the Indian team.

Congratulating Afridi after he hit the winning six 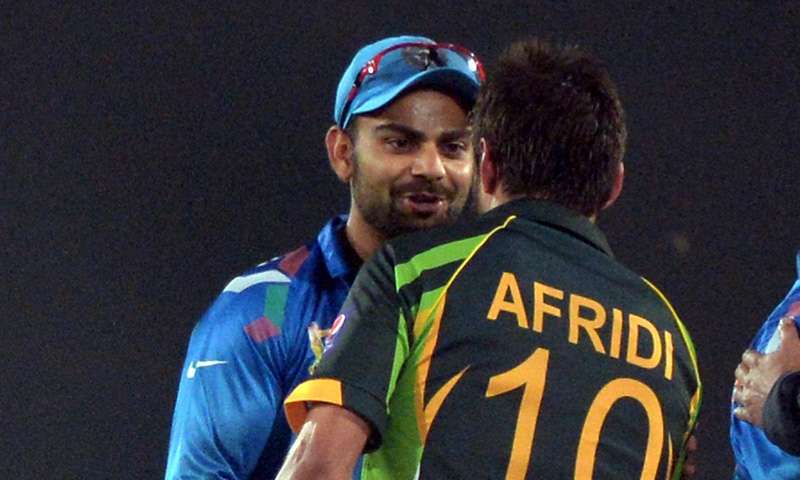 India-Pakistan encounters are always high-intensity matches and this was not an exception. Pakistan needed 10 off the last over of their Asia Cup match against arch-rivals India in 2014 as Shahid Afridi helped them to a memorable victory, hitting the ball for a six to meet the target of 245 runs put forward by India. The veteran Pakistani was lauded by the then stand-in skipper Virat Kohli, who walked up to him and congratulated him for his match-winning innings of 34 runs from 18 balls. 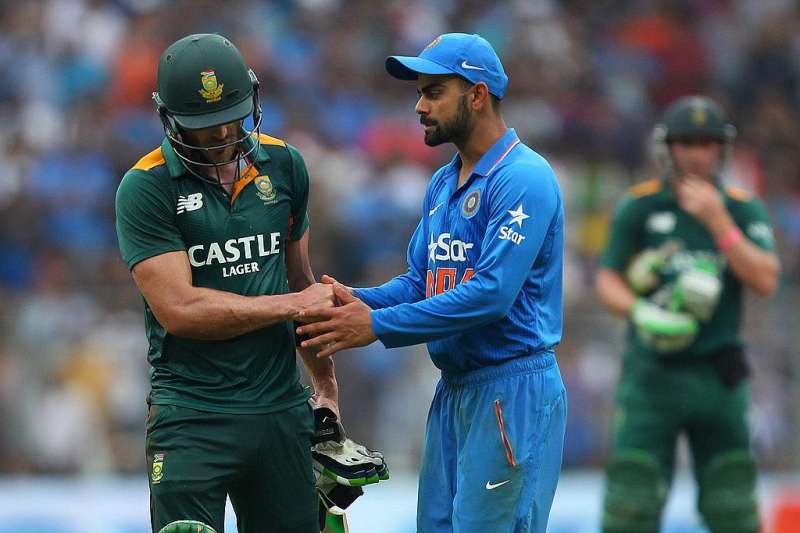 During the India-South Africa ODI series that took place in 2015, it went down to the wire, with the last match being the decider. The South African batsman Faf Du Plessis played a remarkable knock of 133 runs as his effort, alongside skipper AB De Villiers and Quinton De Kock, who scored 119 and 109 runs respectively, led the Proteas to put up a mammoth 438 runs on the scoreboard. India were defeated by 214 runs but the match is also remembered for the humane gesture that Kohli showed to Du Plessis who had to leave the field retired hurt. While the South African batsman was leaving the field after getting cramped up, Kohli ran up to him and asked whether he was okay or not and lauded him for his brilliant knock as well.