One thing that we have learned from the history of cricket is that even not so athletic players can also dominate the cricket world for years. For instance players like Sachin Tendulkar, Virender Sehwag, and Inzamam-ul-Haq have dominated the world of cricket, but these are a few names which don’t come to our minds when we talk about players with most ripped physiques.

However, things have changed now, players like Virat Kohli, Hardik Pandya, Faf du Plessis, have changed the whole scenario as they promote fitness and keep inspiring people with their fitness and physique.

Here, in this article, we bring you a list of 7 cricketers who workout like beasts and have the most ripped physiques in the cricket world. Have a look: 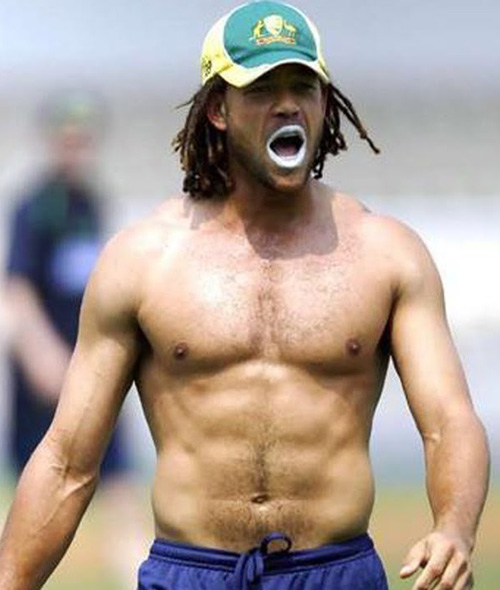 Though Andrew might have faced disciplinary issues on-field but he is very disciplined and strict when it comes to workout and maintaining an impressive physique.
6. Chris Gayle:
https://www.instagram.com/p/B9kvvP3lQmr/
Time and again, Chris Gayle has opened up about his fitness regime and has revealed how he makes an extra effort to take care of his body. From his limitless swag to him imposing a jaw-dropping physique, to prove that he is a ‘universal boss’.
5. Faf du Plessis:
https://www.instagram.com/p/84qWqzHtf8/
Faf is one of the coolest cricketers, however,  if you take a closer look at him without his shirt-on, he is probably one of sexiest cricketers as well.
His fitness regime and hard-work is the reason, why he is regarded as one of the quickest reflexes while chasing or catching the ball.
4. Shane Watson:

Will never get sick of this view. Thanks to @americanexpress exploring Sydney’s true beauty is made so much easier. #AmexLife #AmexAmbassador

One of the finest all-rounders around the world, Shane Watson is also one of the most fit cricketers around the world. Though he took retirement from international cricket in 2016 but he still has managed to maintain his physique. However, during his prime days, he used to have more chiseled and well-defined muscles.

Indian star all-rounder Hardik Pandya is one of the most flamboyant cricketers on and off the field. He has amazingly transformed from his previously skinny-looking frame to a stunning physique. He often shares his workout videos on his Instagram, which never fails to go viral.

The hard work hasn’t stopped over lockdown. In fact the intensity has stepped up with a change of scenery out of the gym. I am fortunate to have a setup at home which allows me to keep training and a couple of weeks before the lockdown, I hunted down all the equipment I thought I would need off Facebook marketplace. It’s definitely been a blessing in disguise and has helped keep me sane along with my daily walks. Saying this, I still sometimes find it hard to get myself motivated with everyday being very similar. But I find just turning up whether it’s a walk or a training session, you will more often than not wish you had done it and feel better. I have certainly been motivated by others people training hard during the lockdown period and spreading the positive vibes. Negative people can p*ss off. My inbox is full of nothing but positive messages/support and although I’m blessed in my situation, I hope to always inspire and help others in their fitness journeys. Hopefully we are starting to get nearer towards a new normal and everyone can get back to the things they love doing. Hope you’re all keeping well. 👍🏻💪🏻💪🏻👍🏻❤️❤️

Former England pacer Chris Tremlett moved away from cricket and joined England’s bodybuilding circuit. Tremlett was so passionate about the workout and pumping irons, that he bid adieu to the game.

If I had to make a choice of one exercise to do everyday, this would be it. Love the power snatch 💪😃

The current Indian skipper, Virat Kohli is an inspiration for millions of people out there who want to achieve something big in their life. The way he has transformed himself is inspirational. It won’t be wrong to call him the ‘King of transformation’. However, he has worked hard to achieve this physique –from changing his diet to working out like a beast.