Mumbai Indians is the most successful team in IPL history, with four championship wins in the last 12 years. They are the defending champions of the tournament, and after 2013, they have been unstoppable in the competition. In the first two seasons, they could not make it to semifinals, while in 2010, they lost to Chennai Super Kings in the finale.

Rohit Sharma changed the team’s fortunes after he took over the reins in 2013. Mumbai has won a title every alternate year since then, and the higher number of match-winners present in their team has helped them a lot. However, there have been some players who joined the Mumbai Indians in IPL but could not live up to the hype. Here is a look at the all-time XI of players who flopped while playing for MI in the IPL. Two of India’s best openers at the moment, Ajinkya Rahane and Shikhar Dhawan were once a part of Mumbai Indians in the IPL. Rahane played ten games for his local franchise, scoring only 148 runs, with 62 of them coming in one match. Shikhar Dhawan featured in 18 games for Mumbai but could only contribute 231 runs at a dismal average of 15.40. Michael Hussey won the Orange Cap when he played for Chennai Super Kings in IPL. After moving to Mumbai, his numbers witnessed a sharp decline as Mr. Cricket managed only 209 runs in 9 matches. Yuvraj Singh had the golden chance of saving his career in IPL 2019. However, he could not perform well as he scored only 98 runs in 4 games at an average of 24.50.

Glenn Maxwell received a million-dollar contract from Mumbai Indians. The fans can argue that Maxwell only got to play three matches for MI, but even in those three games, he could score 36 runs only. Luke Ronchi, New Zealand’s wicket-keeper batsman, made his IPL debut in 2008 for Mumbai. Ronchi could have become a long-term asset for Mumbai, but scoring 34 runs in 4 games did not help his cause. 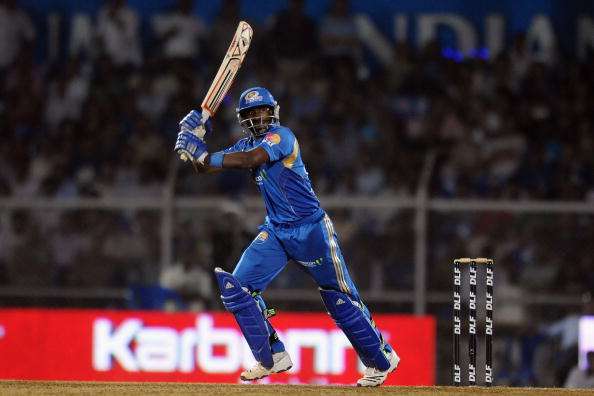 Ben Cutting single-handedly changed the course of IPL 2016 final with his epic knock for Sunrisers Hyderabad. He joined Mumbai Indians soon, but his performances could not match the expectations. Dwayne Bravo is a former IPL Purple Cap winner, but when he played for Mumbai, very few fans believed him as a match-winner. Bravo scored 457 runs and took 26 wickets for Mumbai in 30 matches.

Jayant Yadav had the potential to become India’s next off-spin bowler. Mumbai Indians recognized his talent and gave him an IPL deal. However, Yadav responded with only one wicket in two games. Clint McKay and RP Singh are the two pace bowlers of this team. McKay was expected to deliver the goods for Mumbai, but he proved ineffective, while former IPL Purple Cap winner Singh could take ten wickets in 11 matches for Mumbai Indians.