Games and sports are spectrums of blending yourself with the dirt where the stairway to fame comes through the crudest particles in the universe. Staying handsome and beautiful is quite a challenge when your salvation lies in the dirt.

However, a few cricketers have always managed to defy the norm, may it be in the 22 yards or may it be in the beauty platform, no matter how indulged they have been in the sport. We are going to take a look at a team of eleven cricketers who hogs the limelight for not only being phenomenal athletes but also being gorgeous ones.

England’s dominant opener finds himself in the opening pair of this team. Known for his big-hitting ability, Roy is capable of hammering the biggies right at the start of the innings, which provides the most perfect platform for his team to attack the opposition in the middle.

Known as India’s cutest cricketer, he is also the nation’s professional hitman. Not really intrigued by the prospect of stealing singles, he is more of a fan of the aerial territory. One of the best players of short ball, Sharma will open the innings with Roy for this team.

Termed as the style icon of the team, Kohli will once again be shouldered with the titanic onus of leading this handsome bunch. Known for his exquisite stroke play, Kohli is currently one of the best batsmen of the world at the moment. Flaunting his style, beauty and batting, it is quite obvious that he makes it as the leader of this lot.

India’s rising sensation, Lokesh Rahul is one of the most beautiful cricketers currently, sporting a very neatly maintained beard, and hammering the bowlers in the most merciless ways. He can also play a makeshift wicket-keeper, thereby adding to his net value in this slew of handsome cricketers.

Captain of Australia, Tim Paine isn’t just cute but his sledges are innovative to a new extent as he loves to make them funny. His mantra is kill your opponent with laughter. No wonder, he is a heartthrob for many.

One of the biggest hitters of the ball, who attains massive distances on his biggies, Russell flaunts one of the most classic mohawks, which goes in perfect sync with the Titan’s burly stature. Also, if he gets going, it is hard for his counterparts to avert a humiliation.

You won’t see someone’s hair silkier than Rashid in the international cricketing roster. Known for his enigmatic leg-breaks, Rashid Khan hogged considerable limelight onto himself in 2018 IPL. He never had to look backwards from thereon as he evolved into a far-vicious spinning wizard with every elapsing day. Known for his slow left arm orthodox bowling, Mitchy has the prolific gift of wooing a thousand hearts with his flickering smile. A smile laced with some menacing spin, isn’t a bad combo at all.

This Australian fast bowler is more vicious with his playful smile than with the ball in his hand. However, when he emanates pace, he is an absolute mean-machine.

The man who brought the mighty Steven Smith down on his knees, Archer’s dreadlocks are extremely enviable. Changing the notion of the fearsome appearance of a fast bowler, which has now been bequeathed for centuries, Archer is the coolest team mate you can have. 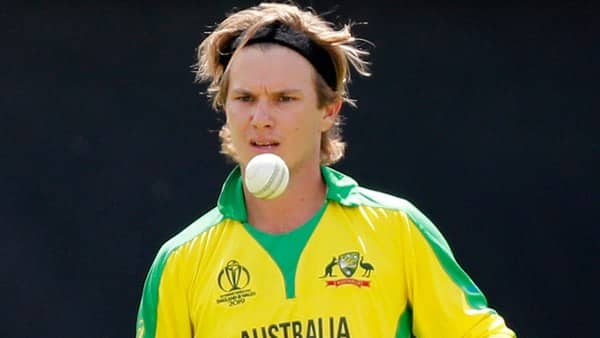 Another beautiful and cute cricketer to make the number 11 of this list, Zampa riveted the fanfare after bowling some stunning spells against India and in the last Ashes. With his cascading long hair and a perfect visage, his coffee-making flair is also incredible.