IPL 2020 Fantasy Cricket Tips: Rajasthan Royals always backed the youngsters in the IPL. However, that trend changed from 2018 as the new team management has believed in investing their money in established players. The presence of Steve Smith, Ben Stokes, Jos Buttler, and Jofra Archer in their squad solidifies the claim mentioned above.

Smith will be the full-time captain of RR this year, which means there will be a considerable change in their strategy. Here are the four bowlers from RR you should pick in your fantasy XI for IPL 2020. 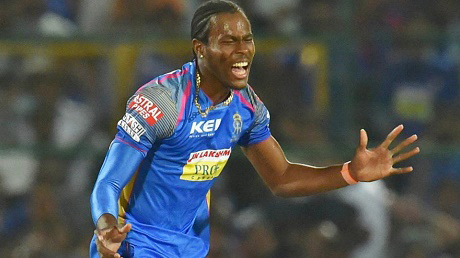 Without a doubt, Jofra Archer will be the prime pick from the Rajasthan Royals bowling attack in IPL 2020. Archer has played much T20 cricket all around the globe. Also, he starred in England’s ICC World Cup 2019 win. Archer can inspire RR to its second title triumph in IPL history. Mayank Markande was surprisingly traded out by Mumbai Indians ahead of IPL 2020. The Punjab-based leg-spinner had grabbed the headlines by dismissing MS Dhoni on his IPL debut. Mumbai traded him to Delhi Capitals, and then Delhi sent him to Rajasthan. The youngster will be keen to prove his doubters wrong, which would motivate him to perform well in IPL 2020.

IPL 2020 Fantasy Cricket Tips: Former IPL Purple Cap winner will don the Rajasthan Royals jersey for the first time in his career. As mentioned ahead, Australian player Steve Smith will captain the team this year. This change could result in the inclusion of Andrew Tye in the RR playing XI. The right-arm pacer is the favorite player of fantasy cricket users because of his wicket-taking abilities. While Rajasthan Royals have Jaydev Unadkat and Varun Aaron in their fast bowling attack, Kartik Tyagi will most likely lead the Indian fast bowling department of RR. The U-19 star could make an immediate impact in the tournament, and it would be a crime to leave him out of the fantasy XI.