The Indian Premier League is considered the toughest T20 league in the world. The key reason behind this is that the IPL is the only cricket tourney on earth where the Indian players and the overseas players share the dressing rooms. Courtesy of the IPL, the fans have got to see Sourav Ganguly and Ricky Ponting playing for the same team. Several other dream combinations have materialized thanks to the IPL.

The overseas players are comparatively under more pressure to perform because the franchises need to select the best options from the rest of the world. They sign nine top-quality foreign match-winners in the auction, and out of the four get a chance to feature in the playing XI. The fact that the IPL 2019 Purple Cap winner Imran Tahir has not earned a place in the playing XI this year despite CSK’s struggles highlights how competitive it is for the foreign players.

Nevertheless, there have been some players who have dominated the overseas stars in the IPL, as here are the four bowlers who dismissed all the four overseas players of the opposition in a particular IPL match.

The first bowler to accomplish this feat in an IPL match was the Pakistani pace bowler Sohail Tanvir. The left-arm quick bowler recorded the then best figures in IPL history by scalping six wickets against the Chennai Super Kings in the first season of IPL. Tanvir dismissed all the four foreign players of CSK, namely Stephen Fleming, Albie Morkel, Muttiah Muralitharan, and Makhaya Ntini. 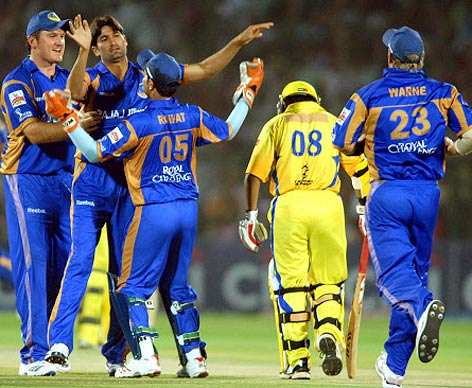 Apart from that, he also picked up the wickets of Parthiv Patel and S Vidyut to ensure that CSK score only 109 runs in the first innings. The Rajasthan Royals won that match by eight wickets.

A lesser-known name to feature on this list is of the former Kings XI Punjab bowler Yusuf Abdulla. The left-arm fast bowler from South Africa played in the 2009 season, and he took the perfect advantage of the home conditions while playing against the Royal Challengers Bangalore. Abdulla scalped four wickets in the match. Another entry from an IPL match that took place outside India is Lakshmipathy Balaji’s four-wicket haul against the Sunrisers Hyderabad in Sharjah six years ago. The right-arm pacer donned the Kings XI Punjab jersey against the Orange Army. Glenn Maxwell’s blitzkrieg had taken KXIP to a score of 193/6 in the first innings.

Chasing 194, SRH got off to a horrendous start as Balaji sent Aaron Finch and David Warner back to the pavilion early. He later scalped the wickets of Dale Steyn and Darren Sammy to seal the deal for the Punjab franchise.

It is interesting to note that the last three entries are all from the matches played outside India. Chris Morris recently took a 4-wicket haul against the Rajasthan Royals. The South African speedster dismissed Ben Stokes, Jos Buttler, Steve Smith, and Jofra Archer to restrict RR to 177/6 in 20 overs.

Later, a special knock from AB de Villiers guided RCB to a memorable win at the Dubai International Stadium.