West Indies all-rounder, Dwayne Bravo won’t be a part of Chennai Super Kings for the remainder of IPL 2020. The 37-year-old has been ruled out due to a groin injury. It has come as a huge blow for the franchise as Bravo has been a vital cog in CSK’s wheel, over the years. He is the go-to bowler for MS Dhoni in the crucial overs and plays the role of a power-hitter lower down the order. 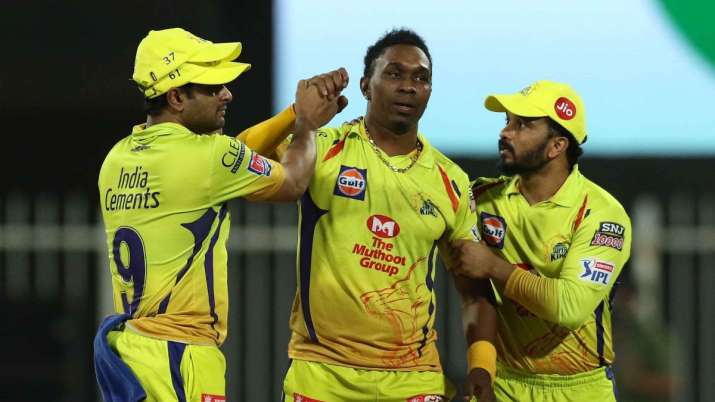 CSK all-rounder has been suffering discomfort since the start of the tournament. He missed out in the first three games as well due to the injury. The latest reports suggested that Bravo will no longer be part of CSK’s squad for the remainder of the tournament and will fly home in a couple of days.

Dwayne Bravo played six games, picking as many wickets this season. Bravo’s unavailability would hurt CSK, who are already languishing at the bottom of the table. CSK have only managed to win 3 games this season. Dwayne Bravo is a designated death-over bowler for CSK for the many years now. It remains to be seen how the franchise copes up with the loss. Chennai Super Kings is yet to announce Bravo’s replacement in the squad.

Dwayne Bravo has been part of the IPL since the inaugural edition of the league. After plying his trade for Mumbai Indians for the initial three seasons, Chennai Super Kings bought his services ahead of 2011 edition of the tournament. In his illustrious career, Dwayne Bravo has played 140 matches, picking 153 wickets at an economy of 8.40. Besides, he has scored 1490 runs at a strike rate of 128.22.

Dwayne Bravo’s unavailability might make way for Imran Tahir for the upcoming games for CSK. The latter hasn’t played a single game in the tournament despite being the purple cap holder in the last season. Chennai Super Kings will play their next game against Mumbai Indians on Friday.