Chris Gayle believes Mohammed Shami should have been the man of the match in the last night’s game between Kings XI Punjab and Mumbai Indians which was decided after two intense super overs. It happened for the first time in the history of the game that two super overs were played in a T20 match to break the tie and as it turned out, it was Kings XI Punjab which emerged victorious at the end. 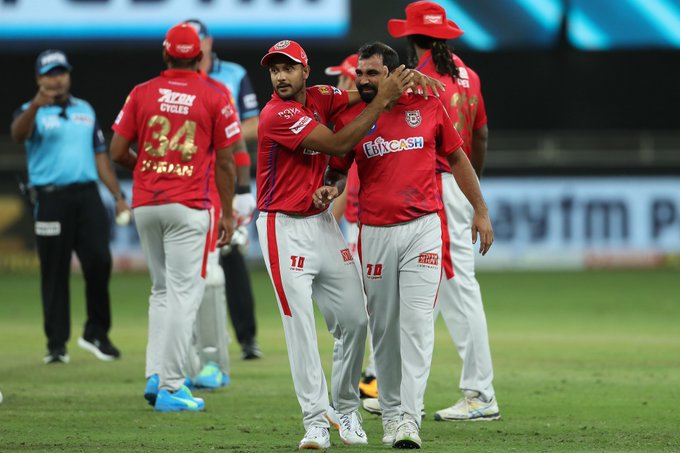 The game seemed to be slipping out of Punjab’s hands after they scored only 5 runs in the first super over, but Mohammed Shami had other ideas. Shami, who has improved significantly as a white ball bowler in the recent times, nailed yorker after yorker and couldn’t let Mumbai get to the score of 6 which would have resulted in their victory.

Chris Gayle and Mayank Agarwal opened the batting for KXIP in the second super over and Gayle got the job significantly easier on the first ball itself as he whacked Trent Boult out of the ground over long on for a huge six.

The Universe boss got a single on the second ball and Mayank hit a couple of boundaries thereafter to get KXIP over the line. This victory has now kept KXIP in the competition as they have moved up to no. 6 in the points table. All the 4 teams in the second half of the points table have 6 points at the moment and they are separated only by the net run rate.