The Chennai Super Kings have been one of the most successful franchises in the history of the Indian Premier League (IPL). Behind Mumbai Indians, they are the second team with the most IPL titles (Three). Having won the IPL in 2010, 2011 and 2018, CSK has held on to their coaching staff and core players and that is one of the main reasons why they have been such a successful franchise. This team has seen some great players like MS Dhoni, Michael Hussey, Albie Morkel, Suresh Raina, etc. who have been loyal servants to this franchise for a long time. However, there have been some players who failed to make an impact at the club and could only muster a single game of IPL experience for CSK. Here are some players who played only a solitary game for CSK. 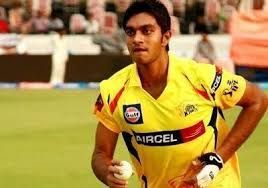 Tamil Nadu all-rounder Vijay Shankar has had a career full of ups and downs so far. Coming up the ranks of Tamil Nadu cricket as a highly-rated all-rounder, Vijay Shankar got an IPL contract for the Chennai Super Kings on the back of impressive performances in domestic cricket. But he could only play one game for the franchise and it came in the 2014 IPL season. Later, he found a new home in Sunrises Hyderabad and impressed one and all in the 2017 IPL season. Consistent performances for the franchise as well as for India in the absence of Hardik Pandya meant that Shankar got a dream call-up to India’s 2019 World Cup squad. Although he failed to impress on the world stage, Shankar played a couple of crucial knocks for SRH in 2020 IPL season and will be looking to win his place back in the Indian team. Sri-Lankan all-rounder Thisara Perera was once a highly-rated all-rounder in world cricket as he had the ability to bowl tight line and length and also could use the long handle. This meant that the Chennai Super Kings snapped him up in the IPL auction. However, he could only play one game for them which came back in 2010. After that, he went on to play for several teams like Kings XI Punjab, Mumbai Indians, Kochi Tuskers Kerala, etc. but could not find a regular place in the playing XI. Although he is a forgotten man now with new talents coming through the ranks, Perera still has the record for hitting more sixes than fours in IPL history.

England’s Mark Wood is one among their fast bowling cartel which includes Jofra Archer and Olly Stone. He impressed one and all by bowling with some serious pace in international cricket and subsequently got an IPL contract from the Chennai Super Kings. He played the opening game of the 2018 IPL season against the Mumbai Indians but was very expensive and failed to make an impact on the game. Thus, he was released by the franchise ahead of the next season, and he hasn’t featured in the IPL ever since. 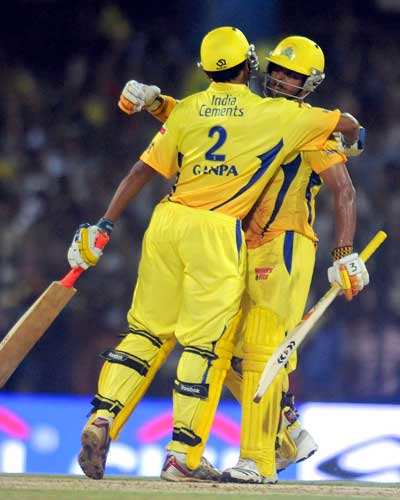 Chandrasekar Ganapathy was another Tamil Nadu all-rounder who had risen up the ranks in domestic cricket and had managed to bag a contract with the Chennai Super Kings. But he was able to play only one game for them and that came back in 2010 against the Royal Challengers Bangalore. He gave away 13 runs in the one over that he bowled and did not get to face a ball. Arun Karthik is remembered by the RCB fans for his last-ball six against the NSW Blues in the Champions League T20. However, he also had featured in one of the games for the Chennai Super Kings. But with MS Dhoni being the first-choice wicketkeeper, it was certain that he was never going to get many chances while he was with the franchise.