Indian Premier League is hailed as the biggest T20 franchise tournament in the world. The excitement and intensity it brings among the fans are unparalleled. Every year during the IPL, all the world-class cricketers take a collective break to ply their trade for different franchises in IPL.

Players from different teams come together to produce riveting games of cricket. IPL attracts a lot of players from Australia, while numerous players from South Africa, New Zealand and West Indies have also made a name for themselves in the cash-rich league.

As many as 748 players have signed up for different franchises in 13 editions so far. Of these, only 25 players from Sri Lanka have participated in the league:

In this article, we look at 6 Sri Lankan players who have done well in IPL:

His accuracy in bowling pinpoint yorkers made him a household name in T20 cricket. Lasith Malinga made his debut for Mumbai Indians in 2008 and has been an integral part of the side since.

Without a doubt, Lasith Malinga has produced best results by any Sri Lankan player in the IPL. Having not played the 2020 IPL due to personal reasons, Lasith Malinga still stands at the top of the pile when it comes to the most number of wickets in IPL. He has 170 wickets to his name in 122 matches at an average of 19.80.

Kumar Sangakkara represented as many three franchises in his IPL career. He made his debut for Kings XI Punjab in the 2008 IPL. He spent three years with the franchise before switching to Deccan Chargers in 2011.

The former Sri Lankan player played his last season in IPL for Sunrisers Hyderabad in 2013. Overall, he has aggregated 1678 runs in 71 games at an average of 25.95.

He spent first three seasons with Kings XI Punjab between 2008 and 2010 before moving to Kochi Tuskers in 2011. Jayawardene plied his trade for Delhi Daredevils, now Delhi Capitals, in his last two seasons of his IPL career. 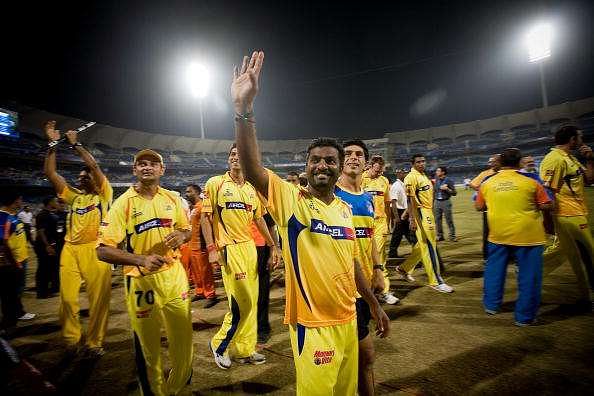 The legendary spinner enjoyed his best season in 2009 where he claimed 14 wickets in 13 matches at an average of 18.64. Chennai Super Kings bought his services for $600,000 ahead of the inaugural edition of IPL.

He spent first three seasons for CSK and also helped CSK win their 2010 edition. He remained CSK’s leading wicket-takers in all three editions. Besides, he played for another big franchise in RCB for three seasons between 2012 and 2014.

Tillakaratne Dilshan has played six seasons in his IPL career for two franchises in Delhi Daredevils and Royal Challengers Bangalore.

Sri Lanka’s former player, Angelo Mathews has had a pretty good record in IPL. He has proved to a valuable asset for all the franchises he played for. The Sri Lankan all-rounder played for three franchises in his IPL career, i.e., Kolkata Knight Riders, Pune Warriors and Delhi Daredevils. In 49 matches, he has scored 724 runs and took 27 wickets with the ball.