Indian Premier League 2020 proved to be a bowler’s paradise that saw them wreaking havoc against the batsmen, carnage that was unprecedented in the golden standards of the tournament.

Pacers like Kagiso Rabada, Jasprit Bumrah, Anrich Nortje, Jofra Archer and many other domestic talents kept the batsmen on their toes while some enigmatic spin bowling from Varun Chakravarthy, Rashid Khan and Ravi Bishnoi left the batters dazed and confused.

In a relentless war of the willow and leather, a few bowlers came out victorious and the trail of carnage that they left in their wake was nothing short of a beautiful armaedeggon. We will look at the best bowling figures of IPL 2020 that left us in an unforgettable awe. He was IPL 2020’s biggest revelation as he rocked Delhi Capitals upside down with such magical figures. After Pat Cummins removed the two openers early, Shreyas Iyer and Risabh Pant started stitching a stand together that threatened Delhi’s resurgence.

This is when Varun Chakravarthy stepped up to the task, removing Pant with deceptive flight. Shimron Hetmeyer rocked a couple of early explosives but was caught in the deep by Rahul Tripathi, failing to judge Chakravarthy’s extra pace. A set Shreuas Iyer was the next to depart as Kamleh Nagarkoti bagged a comfortable take.

Delhi’s muscle-man, Marcus Stoinis followed the same trail as he tried to trade Chakravarthy with pace. The last man to fall prey to CV Varun was Axar Patel when the lanky southpaw missed the trajectory of the ball completely.

The man who wanted to relinquish cricket completely, came back stronger and left the entire nation astounded when he notched up his call for India’s imminent tour of Australia. This was another lopsided encounter that saw Mumbai demolishing Delhi mercilessly. After a good run with the bat that set a target of 201 runs for the Capitals, Mumbai wreaked havoc with the ball too.

Bumrah led the charge for the defending champions as he started his carnage with the scalp of Shikhar Dhawan. He castled him clean with an absolute screamer. The next man to fall victim to his brute pace was Shreyas Iyer as the Delhi captain holed out to his Mumbai counterpart.

Bumrah came back strongly for his second spell that saw him removing the dangerous Marcus Stoinis with a peach of a delivery, rattling his timbre. He finally capped it off with the wicket of Daniel Sams as he was caught by Quinton De Kock of Bumrah’s bowling.

This was another rippling showdown from the Kiwi fast bowler as he razed through the ranks of Chennai Super Kings. Bowling first, Boult outclassed Gaikwad with some additional pace that went through his defences to land on the pads those were in line with the middle and the leg stump.

The ball that claimed Du Plessis was a yorker outside the off-stump and the South African batsman nicked it to make it a merry ride for Boult. Boult inflicted further damage on Chennai when he removed Jadeja with a short ball and the southpaw’s inability to time it cost him his wicket.

The final nail on the coffin for Chennai was when Boult tempted Sam Curran to go for the scoop with a yorker on the off-stump and the latter missed the ball by a mile, making it a four for the New Zealand Express Train.

This was another four-star show from the Indian premium fast bowler, Jasprit Bumrah. He rattled the chains for a hapless Rajasthan Royals when he compelled Steven Smith to nick to Quinton De Kock.

He then came back in the death with a delectable yorker that dismantled the stumps. Jofra Archer was the next man to depart when Pollard completed a simple take. An unfortunate Shreyas Gopal was grabbed behind the stumps by De Kock as Bumrah completed another four-wicket haul. 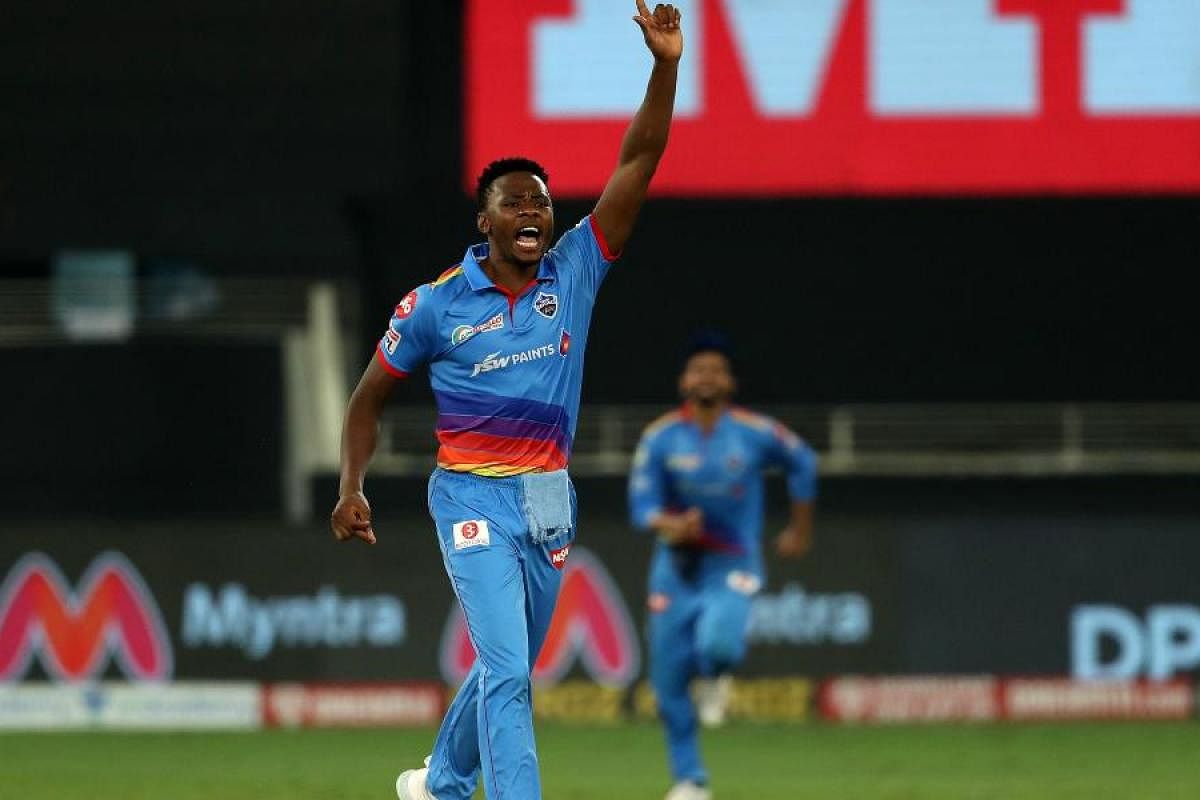 The South African pace brute has tormented several batsmen throughout the tournament with some brutal pace. It was against RCB that he came out all guns blazing.

Just when it felt as if Virat will be taking away the game from Delhi, Rabada foxed him with pace and Pant pouched a comfortable take behind the stumps. Washington Sundar was the next man to fall victim as he couldn’t connect with a slower short ball and Ashwin bagged a simple catch.

Rabada unleashed the brutal yorker upon Shivam Dubey and left his fate sealed by deracinating the stumps. Another short ball to Udana and that was too much for a bowler to connect. Iyer completed a clean catch.