Australian Cricket Team is known for playing an aggressive brand of cricket. They have won 4 out of the last 6 World Cup titles. Over the years, Australia have produced many power hitters in their cricket history. The Ricky Ponting-led unit in the early 2000s had some of the best batsmen in world cricket.

The Men in Yellow have never been short of accommodating world-class batsmen in their side. They are known for putting on big partnerships and helping their side amass big totals. In the last two decades, we have been witnessed to some great Australian pairs who went onto add their names in the records books.

In this article, we look at Australian pairs with most century partnerships in ODIs: David Warner and Aaron Finch have been involved in a lot of match-winning partnerships in ODIs. The duo has been destructive, particularly in home conditions. They currently form one of the best opening pair in the world. They make sure they set a foundation to the side in the first 10 overs every time they come on to bat.

Aaron Finch and David Warner have been involved in as many as 12 century-plus partnerships in limited over’s cricket.  In 70 matches, Warner and Finch aggregated 3638 runs together at an average of 52.72. Both Clarke and Ponting led Australia to World Cup titles. Michael Clarke made his debut under Ricky Ponting’s leadership. He fought hard and scored heaps of runs to cement his place in the side. Both led Australia beautifully and exhibit perfect examples of leadership. 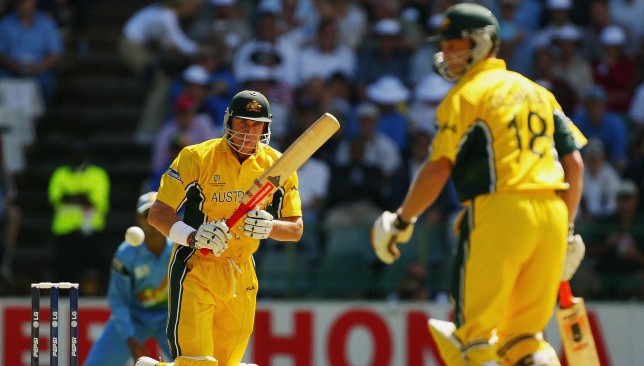 The Australian team in the early 2000s is regarded as the best cricket side the world has ever seen. For a youngster to get into the side, it was no less than an improbable task. Matthew Hayden and Ricky Ponting were undeniably two of the most consistent batsmen in the side. The duo batted together on many occasions and was involved in a lot of match-winning partnerships.

During their international career, Ricky Ponting and Matthew Hayden put on century-partnership on 10 occasions. Besides, they have also put on 16 hundred-plus partnerships for Australia in Tests.