It is never easy to travel all the way Down Under and deliver a consistent rock-solid performance for the visiting captains in surfaces where there is an extra bit of bounce, swivelling movement all around the track and an extra dosage of verbal war from the Australians.

Yet, there are a few batsmen who have mastered the art of crafting a few resonating knocks against all the odds mounted and showcase it to the world that no matter what the world thinks, they aren’t scared of any opposition.

We will take a look at all those visiting captains who have managed to score 300 plus runs in Australia and maintain an average of 50 plus throughout their Test career, Down Under.

He was an absolute rock against Australia in their den and managed to garner 346 runs at a stunning average of 69. To add to that, he always maintained a healthy strike rate, contrapuntal to his counterparts. 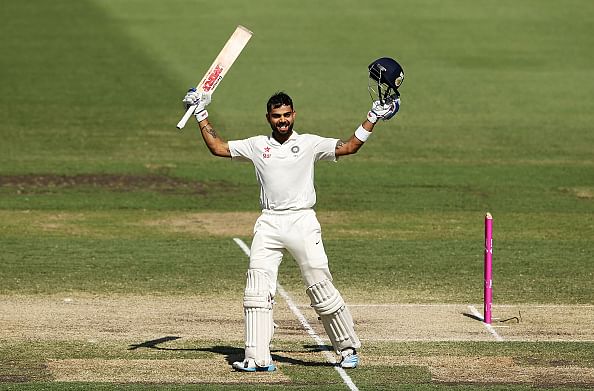 Kohli loves to bat against the Aussies in their home soil. Not only has been a major thorn in the Australian flesh, but the exquisite strokes carved by the Indian run-machine has always left the spectators in utter awe and adulation of himself.

He has so far garnered 731 runs in Australia at a stunning average of 66 which were accompanied by some clinical strokes throughout the park. His attacking gentry of cricket is a rare spectacle these days, and he doesn’t shy away from any challenge, be it physical or verbal.

One of the finest South African openers of all time, Trevor Goddard played an exciting brand of cricket throughout his career. Not only was he a regular test batsman, but his all-round prowess throughout the longest format of the game established him as a man of special calibre.

His best came against Australia where he managed to score runs at a breezy average of 65 and he also went on to garner 454 runs in Australian home soil. He was a brilliant batter, to say the least that saw him hammering classic strokes against the most formidable Aussie bowlers. The Pakistani World Cup-winning captain was a leading moniker in Australia that saw him easing past the mighty Aussie bowling line-up without breaking a sweat. He was an extremely attacking batsman and loved to bat on the front foot.

His numbers against Australia were as scintillating as ever as he went on to score 449 runs at an average of 64. He also bedevilled the Australians with his wily medium pace.

Tiger Pataudi was one of the finest cricketers in Indian roster and his disability never bogged him down. Playing without an eye, Pataudi compensated for his handicap with the best brand of aggressive cricket.

A perfect confluence of aggression, calm, leadership and class, MAK Pataudi was also the personification of a heavyweight personality in Indian cricket. He went on to score 339 runs in Australia at a sturdy average of 57.

One of the elite members of the West Indian terrorizing squad that spooked the opposition with their sheer size, Sir Vivian Richards sprayed the formidable Australian bowlers with consummate ease. He was an innovative genius that saw him playing dainty strokes which were not even a part of the cricketing book until then.

The knighted genius managed to amass 446 runs at a breezy average of 56. Under his captaincy, West Indies walked a fair mile before this band of cricketers left the opponents in disarray.

English batsmen have found it hard to battle the extreme Australian conditions and yet Graham Gooch stood out amongst the others with his phenomenal display with the bat. Spanning from his stance to his nerves of steel, Gooch could upset any bowler on his given day.

He managed to garner 426 runs at an average of 53 that helped him to browbeat the Australians every time he was a part of the England touring squad against Australia. 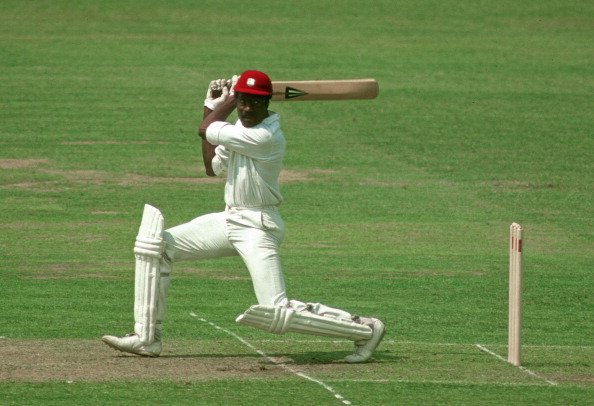 The former West Indian skipper was a nightmare for the bowlers in any part of the world that he went to. Batting without a grille in his helmet, Lloyd put his towering stature to the fullest use, getting on top of the balls to dispatch them to the ropes.

He is the highest run-scorer amongst the visiting captains that saw him scoring 1301 runs at an amazing average of 52. He was not just the leader of the West Indian batting but under his captaincy, the Caribbean seemed invincible.

Archibald McLaren captained the Brits at different phases of the game, with a towering stand against the mighty Aussies. He smashed 709 runs at a stunning average of 51. Someone cannot dare to compare these numbers considering the phenomenal bowlers that Australia used to possess at one point in time.