In this article, we look at 5 Australian fast bowlers who took the fewest innings to complete 250 wickets in Test Cricket:

One of the most renowned cricketers Australia have ever produced, Dennis Lillee will always be remembered for his fierce fast bowling and never say die attitude. He was the lead bowler for his side during his Test cricket career. However, due to several injuries, his career saw a downhill and also lost a bit of pace. Nevertheless, he ended his career as the then world record holder of most wickets in Test Cricket.

Lillee also holds the record for taking the fewest innings to complete 250 wickets by an Australian in Test Cricket. He reached the landmark in just 92 innings. Overall, he has 355 wickets to his name in 70 Tests at an average of 13.71. Hailed as one of the greats of the game, Glenn McGrath doesn’t need any introduction. An epitome of consistency and discipline, McGrath exhibited a plethora of heart-warming spells during his cricketing career. He took just 105 innings to complete 250 wickets in Test cricket.

Besides, he is the highest wicket-taker by any Australian fast bowler in Test Cricket. McGrath has as many as 563 wickets to his name in 124 Tests for Australia. 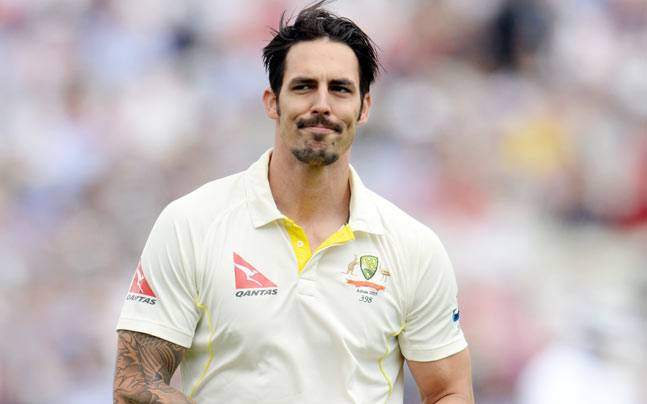 It would fair to say that Australia was blessed to have a pacer like Mitchell Johnson. A fierce left-arm seamer, Mitchell Johnson record in international cricket speaks for itself. With so many variations under his armoury, Johnson proved lethal in all conditions.

Mitchell Starc leads Australia’s current fast bowling attack. Starc could have had an even greater impact in world cricket had he not been suffered from frequent injuries in his career. He has been a valuable asset for Australia over the years. Not to mention that Starc’s best performances for Australia have always come in the big tournaments.

Craig McDermott is regarded as one of the better bowlers to have played for Australia. He played for a substantial period between 1984 and 1996. Following the end of his playing career, he was the bowling coach for the Australian team for two spells between 2011 and 2016.

In 71 Tests, he took 291 wickets at an average of 28.63. Craig McDermott is the third-fastest Australian fast bowler in terms of the number of innings to claim 250 wickets in Test Cricket. He took 196 innings to reach the landmark.