The shortest format of the game has got everyone’s heart racing with thrilling contests between the bat and ball. There have been times when bowlers have dominated the batsmen but most of the time, it has been the batsmen who have made merry by smashing the bowlers all around the park. The top order is such a crucial part of every T20I side and there have been some dominating partnerships where the batsmen have bossed the opposition bowling attacks and have turned the game in their favour. Here are a look at four of the highest 2nd wicket partnerships in T20Is. 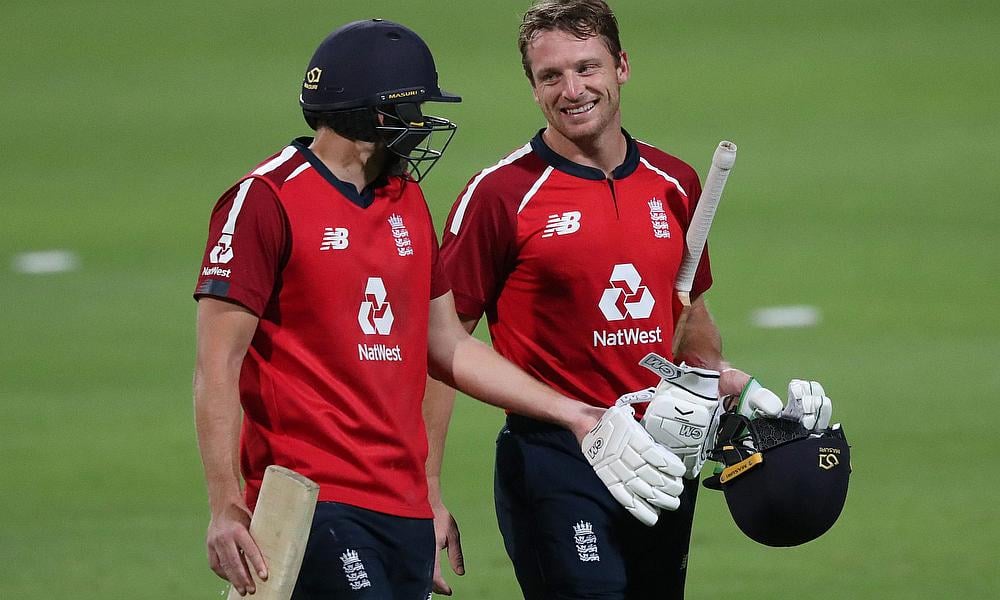 England played South Africa in the third T20I of the three-match T20I series on 1st December 2020. South Africa already had lost the series 2-0 and were playing for pride. They made a great start to the game, scoring 191-3 in their 20 overs, thanks to brilliant half-centuries from Rassie van der Dussen and Faf du Plessis.

England needed a great start from their openers but did not quite get that since Jason Roy was dismissed early. Jos Buttler was then joined by Dawid Malan at the crease and the latter being the No.1 ranked T20I batsmen had his reputation at stake. The duo began their counter-attacking style of batting and gave the Proteas absolutely no chance in the second innings. Hitting 11 fours and 5 huge sixes, Dawid Malan played a brilliant knock of 99* while Buttler supported him with a well-made 67*. The duo added 167 runs which is the highest second-wicket partnership in T20I history, England chased down the target comfortably with more than two overs to spare and clean-sweeped the series 3-0. Sri Lanka were playing West Indies in a group game of the 2010 T20 World Cup and the pressure was on the hosts to put up a dominant show. West Indies got off to a great start as they dismissed Sanath Jayasuriya early and put Sri Lanka on the back foot. However, that was not to be as Kumar Sangakkara and Mahela Jayawardene took control of the Sri Lankan batting innings. The duo began to smash the West Indies bowlers all around the ground and were relentless in their approach.

Sangakkara was dismissed for 68 runs off just 49 balls in the 19th over, but Jayawardene remained unbeaten on a fantastic 98 off just 56 balls. Sri Lanka were able to post a mammoth total of 195-3 in their 20 overs. It proved to be too much for the West Indies in the end as they lost by 57 runs. The partnership of 166 runs between Jayawardene and Sangakkara is the second-highest second-wicket partnership in T20I history. 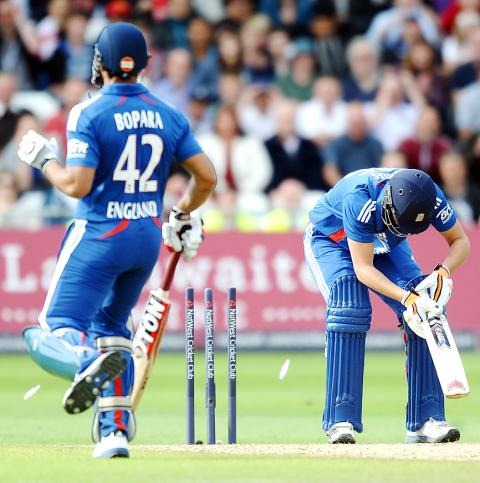 England played West Indies in a one-off T20I at Nottingham in 2012 and batted first, trying to put the runs on the board. A brilliant 70 from Dwayne Smith up top coupled with a fine half-century from Dwayne Bravo made sure that West Indies posted a competitive total of 172-4 in their 20 overs.

In response, England got off to a bad start as they lost Craig Kieswetter early. But Alex Hales then got together with Ravi Bopara and the duo consolidated England’s chase. Hales began to take the role of the aggressor and started playing the big shots and Bopara carried on playing second-fiddle to him. Hales played brilliantly for his 99 off just 68 balls which included 6 fours and 4 huge sixes. Bopara himself contributed with 59 as England won the game comfortably with two balls to spare. The partnership of 159 between Hales and Bopara remains the third-highest second-wicket partnership in T20I history.

Kuwait played Qatar in the third T20I of their T20I series in 2019. Batting first, a brilliant 88 from R Sandaruwan and 80 from Adnan Idress ensured that Kuwait posted a daunting total of 203-5 in their 20 overs. Although Qatar ended up winning the game by three wickets, the partnership of 156 between Sandaruwan and Idrees remains the fourth-highest second-wicket partnership in T20I history.