In the recently concluded bilateral ODI series between India and Australia, the visitors were left begging as Australia comprehensively thumped India in the first two games to take an unassailable lead. India did manage to save the blushes of a whitewash, however, their resurgence in the fray was way too late.

Despite a fascinating performance from the Indian batters, the bowlers were not up to the mark and that led India to chase monumental targets which proved to be too much for them. Steven Smith and Aaron Finch rose above the expected benchmarks to carve a couple of delectable innings that eventually turned out to be the most exerting nail on India’s coffin.

In the wake of India’s series defeat at the hands of Australia where the Australian batters left the Indian bowlers thinking and scratching their head, we will be looking at five of Australia’s biggest total against India in One day cricket.

In the second ODI of the recently concluded series, India was left devastated by Australia as they managed to garner 389 runs. David Warner and Aaron Finch started with the battery that left the Indian bowlers on the backfoot. However, unlike the first game, both Finch and Warner departed in quick succession, providing India with a very slender glimmer of hope. Haplessly, for the men in blue, India was handed another nightmare as Steven Smith and Marnus Labuschange joined forces for the third-wicket partnership and stitched a brilliant stand of 136 runs. Smith rocked a phenomenal 64-ball-104 while Marnus played the anchor scoring 70 runs from 61 deliveries. India did make a dash for the target, riding on the heroics of Kohli and KL Rahul but it seemed insufficient in front of the target. 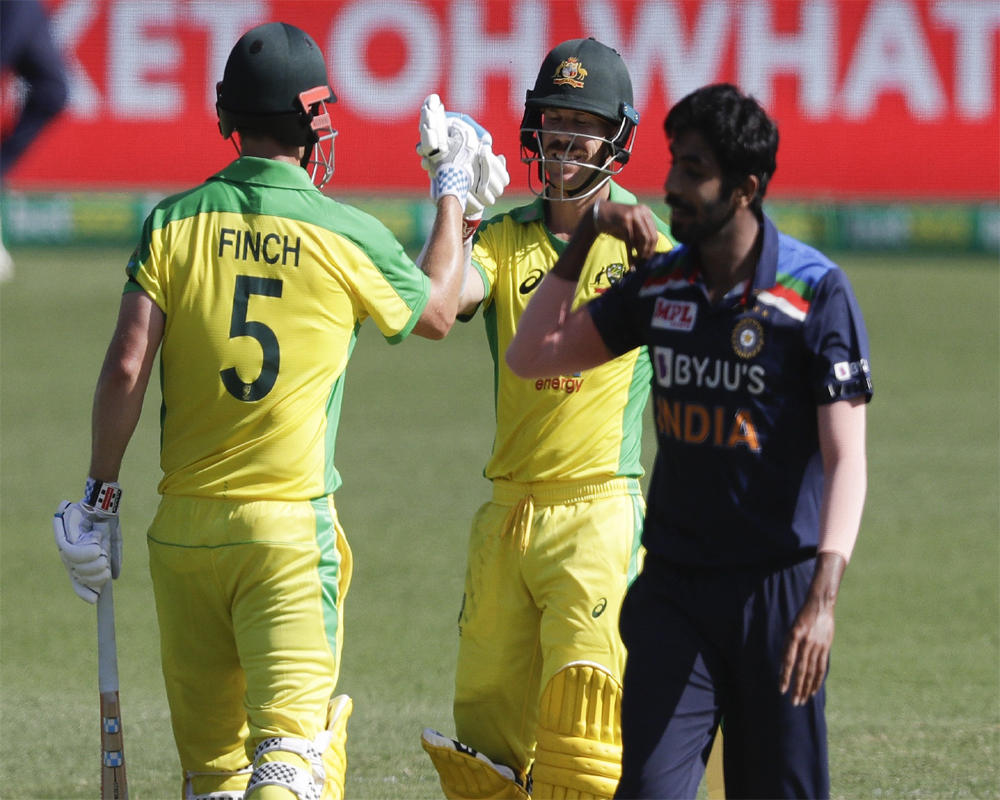 India was hammered in quick succession as before the punishing 389 in the second game, they also took a humiliating smashing in the first game that saw Australia piling up 374 against the hapless Indian bowlers. Warner and Finch once again took over the mantle to start with the onslaught. The duo batted a good deal together at the top of the order putting together a stand of 156. Warner was the first one to depart as he managed to garner 69 runs from 76 balls. Once Warner departed, Smith and Finch joined forces together and started pulling off the carnage. Smith and Finch played a brilliant partnership of 108 runs before Smithy steered the innings all by himself to oust India out of the contention. With a blitzkrieg from Glenn Maxwell that saw him smoking 45 from 19 balls, Australia kissed the total of 374. Once again Dhawan and Pandya did try but the efforts went down in flames. 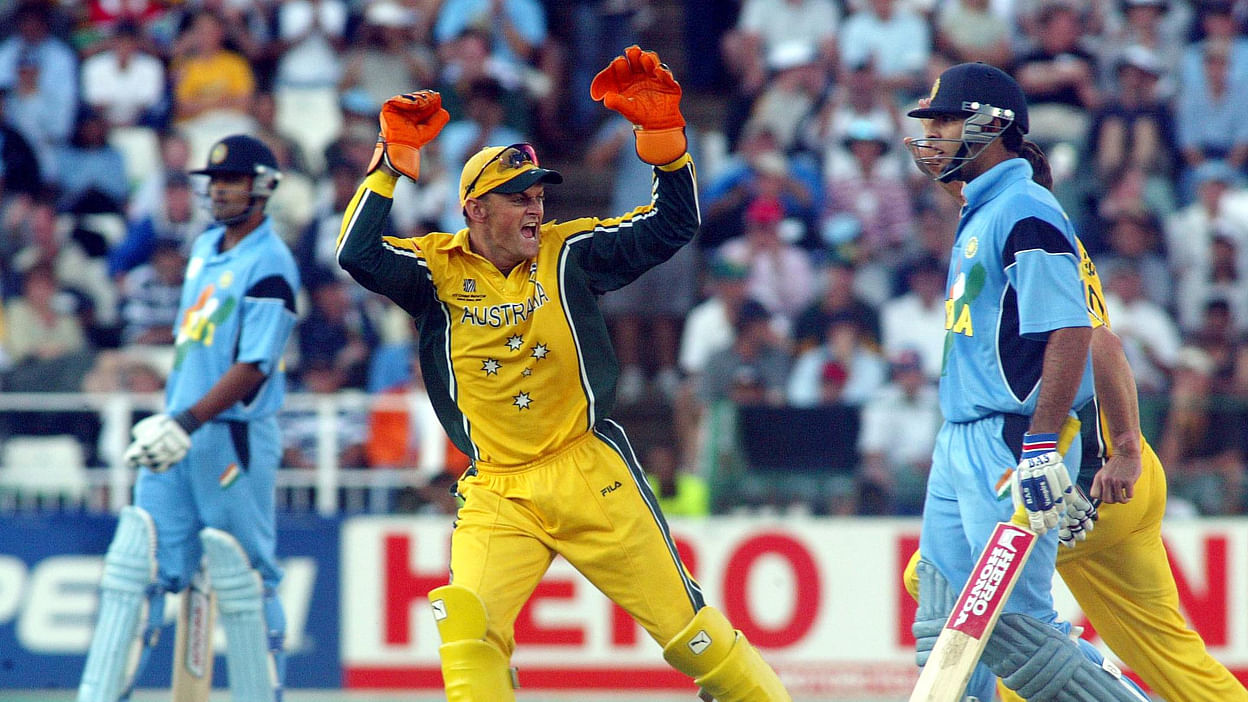 This was the infamous 2003 World Cup final that saw India being humiliated in the World Cup final by an invincible Australian force. Right from the word go, India was validated to be the second-best of the game. Zaheer Khan started his over with a wide ball which was a mile down the leg side of Gilchrist. Post this, Gilly and Haydos started hewing at the Indian bowlers mercilessly. Harbhajan did manage to wring out two crucial scalps in quick succession as he removed both Hayden and Gilchrist. However, that seemed to be a blessing in disguise for Australia as Ricky Ponting arrived in the middle and started engineering the major damage which was inflicted on the Indian bowlers. Damien Martyn played the perfect companion to his skipper as he managed to garner 88 runs from 84 deliveries. Ponting stayed unbeaten on 140 from 121 balls that propelled Australia to 359 for 2. India was skittled out for a modest 234. 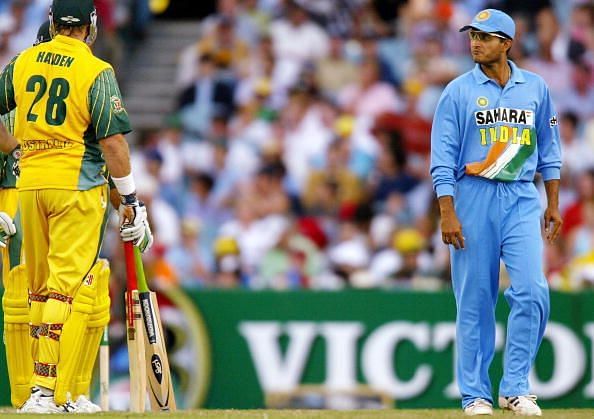 This was another burning testimony of Australia’s formidability as Matthew Hayden, Damien Martyn and Andrew Symonds laid waste to the Indian bowling line-up. Batting first, Gilly and Haydos, once again started with the carnage. India struck back twice in quick succession as they scalped Gilchrist and Ponting. However, Martyn and Hayden played gem of knocks to deny India any breathing space. To make matters worse for India, Symonds and Clarke piled another storm upon the Indian bowlers. By the time the quota of 50 overs was bowled India was already shown the exit. 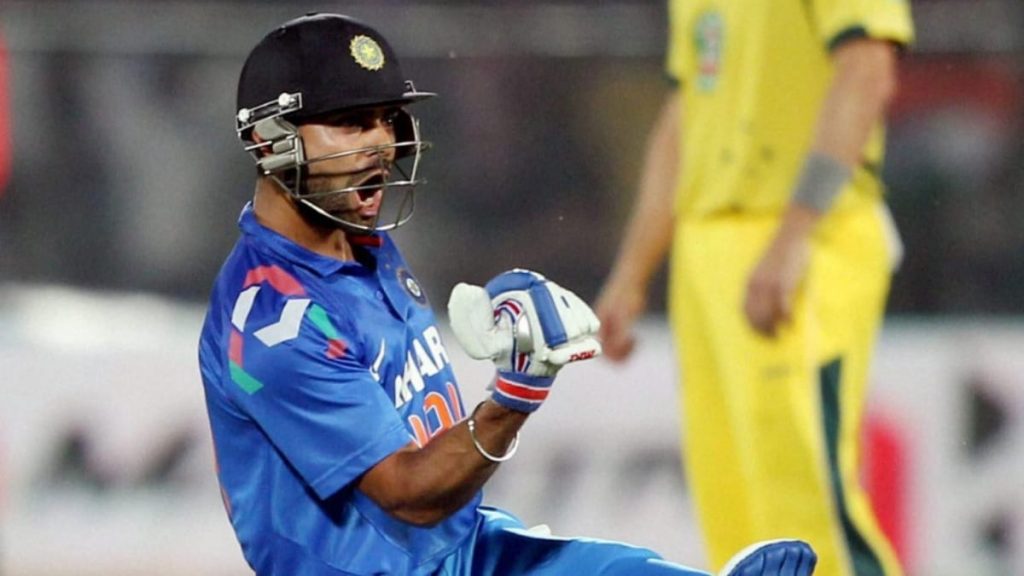 This was an intense battle of the leather and the willow as India scripted a remarkable chase to deny Australia a reprieve. Batting first, the Australians smashed 359 for 5, thanks to some incredible batting by Finch, Hughes, Shane Watson, Bailey, and Maxwell. Bailey inflicted the fiercest storm while Hughes smashed the highest. India, however, managed to win the game by 9 wickets with 39 balls to spare. The top three batters of India rocked Australia in broad daylight as Rohit Sharma and Shikhar Dhawan stitched a brilliant stand of 176, post which the Indian captain smashed a 52-ball century to draft a humdinger victory.