In the wake of India’s recent loss to Australia in the bilateral ODI series, many spectators pointed out the failure of Kohli’s captaincy and expressed their concern that Kohli is unable to produce extraordinary stuff in times of dire straits. Though not entirely correct, this statement has proven to be quite an eye-catcher over the span of the last few years. A trademark for great captains is their ability to read the game and make the necessary fielding changes and bowling manoeuvres to help his team to settle down comfortably.

However, in the case of Kohli, it is on the back of veteran campaigners that he rides and claims his glories. The personality of a captain that can produce remarkable victories is somewhere lacking from one of India’s finest batsmen and this has led India to lose a few bilateral ODI series outside India which has been popping a few eyeballs and for all the wrong reasons.

We will be taking a look at India’s bilateral series defeats under the captaincy of Virat Kohli in ODI cricket.

India toured England in 2018 that saw them winning the T20 series. Unfortunately in the ensuing ODI series despite wringing out a lead in the first ODI as Rohit Sharma and Virat Kohli dictated proceedings with the bat while Kuldeep Yadav produced magic with the ball, India couldn’t clinch the series. The second ODI of the series went in England’s favour as Joe Root pumped an unbeaten century while Liam Plunkett claimed four crucial scalps to bundle India 86 runs ahead of the target. The third ODI tipped in England’s favour as Willey’s three-star performance with the ball and Joe Root’s second century of the series sealed the deal for England. 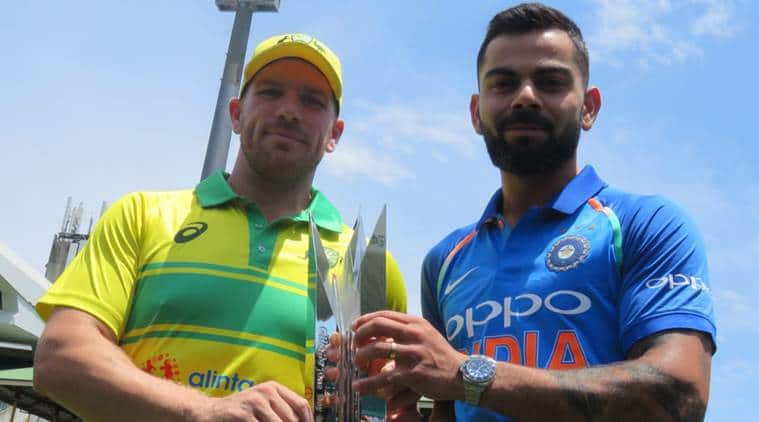 This was one of the finest series in the history of India and Australia’s rivalry as Australia came back from 2-0 down to win the series 3-2. The series started with India dictating the proceedings at Hyderabad. In response to Australia’s 250, MS Dhoni and Kedhar Jadhav blasted a scintillating 59 and 81 respectively to help India cross the finishing line. The second ODI was a thriller that went down the very line as India managed to wring out an eight-run victory. Kuldeep Yadav scalped three crucial wickets while Vijay Shankar managed to pick up two in the first three balls of the last over to give India a remarkable victory. Lingering on the fringes of a humiliating series defeat, Australia turned the tide around with some spectacular bowling in the third game as Pat Cummins, Jhye Richardson and Adam Zampa shared nine wickets between them to disrupt India’s chase. The fourth ODI was a run-fest that saw Australia chasing down a monumental total of 359 runs, thanks to a brilliant knock from Usman Khwaja, Peter Handscomb, and Ashton Turner. The series decider saw India’s batting crumbling like a house of cards as in response to Australia’s 272, India could only manage to garner 237 before being skittled out.

After India managed to thrash the Kiwis in the T20 series and that too clean, the hosts avenged their humiliating drubbing by inflicting a whitewash in the ODI series. The first game of the series saw Indian batters piling up some serious misery upon the Black Caps as India posted 347 for 4, thanks to the resonating knocks of Shreyas Iyer, KL Rahul, and Virat Kohli. However, the efforts went down in flames as Ross Taylor conjured a magical 109 from 84 deliveries while Henry Nicholls and Tom Latham chimed together to ring India’s death knell. In the following game, New Zealand bagged the series after another woeful batting display from the visitors. Ravindra Jadeja, Shreyas Iyer, and Navdeep Saini dd stitch three industrious cameos, but they weren’t good enough to defy the 273 of the Kiwis. The series decider saw Shreyas Iyer and KL Rahul blasting 112 and 62 respectively that fuelled India’s score to 296 for 7. However, Henry Nicholls, Martin Guptill, and Colin De Grandhomme were more than sufficient to put an end to India’s ambitions.

In the recently concluded ODI series, India lacked the sting to stage an uprising against the hosts as their bowlers were not up to the task. In the first game, Australia managed to chronicle 374 runs, thanks to blistering centuries from Steve Smith and Aaron Finch. India, on the contrary, could only manage to wring out 308 runs courtesy of a spirited 90 from Hardik Pandya. The Indian bowlers seemed to be even more woeful in the second game as the Australians managed to post a titanic 389 on the cards. Virat Kohli and KL Rahul did fight back but it wasn’t good enough as India could only garner 338 runs. In the final game, however, India did manage to stage a watershed, as they eked out a phenomenal 14 runs victory over Australia, thanks to a rippling bowling showdown.