The Border-Gavaskar Trophy has seen some stellar performances from some world-class players from both India and Australia. These players have been so consistent that they have managed to keep their form going throughout the series and were eventually adjudged the player of the series. Here we have a look at some of the players with the highest number of Man of the Series awards in Border-Gavaskar Trophy. 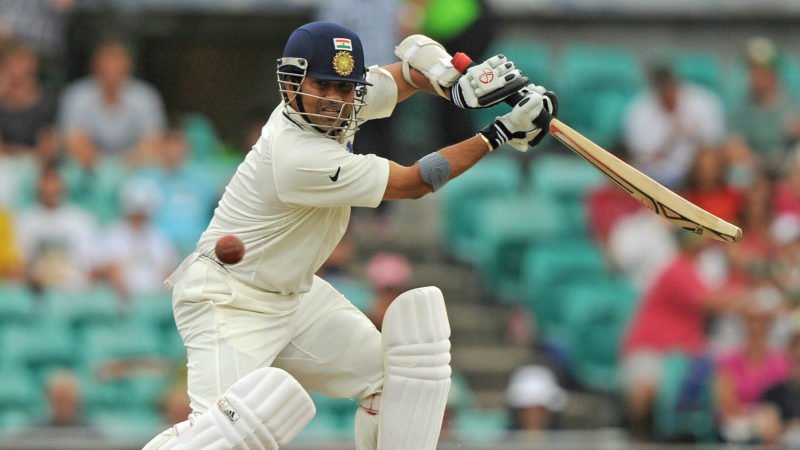 One name that certainly stands out is Indian cricketing legend Sachin Tendulkar. The Little Master always brought his A- game to the table during the Border-Gavaskar Trophy and has dominated the Australian bowlers. He has the most number of Man of the Series awards with 3 to his name.

His first Man of the Series award came in the 1997-98 Border-Gavaskar Trophy where he scored 446 runs in 3 tests at a mind-boggling average of 111.50. He also had two hundreds and a fifty to his name with the highest score being 177. India ended up winning that series 1-0 and it was Tendulkar who led the way with the bat.

The second Man of the Series award came in the very next time these two teams met Down Under in the 1999-2000 Border-Gavaskar Trophy. Although India lost the series 3-0, it was known for Sachin Tendulkar’s fantastic batting and the way he was the lone warrior in dominating the Australian bowlers. He scored 278 runs in those three Tests at an average of 46.33 with 2 half-centuries and one century.

The third Man of the Series award came in 2010 Australia tour of India where Tendulkar again shined with the bat. Tendulkar scored 403 runs including a brilliant double hundred at an outstanding average of 134.33 and helped India win the series 2-0.

Other Batsmen – 1 Award each Damien Martyn had 444 runs in the 2004 series where Australia finally managed to beat India in their own den. He was the player of the series for some consistent batting performances including 2 fifties and as many hundreds. Steve Smith too broke the record for the highest number of runs in a single Border-Gavaskar Trophy series by smashing 769 runs in four Tests including four gigantic hundreds as Australia beat India 2-0 in the 2014-15 series. Although Kohli had score four hundreds too in the same series, Smith was just too good. The final batsman to win the Man of the Series award is Cheteshwar Pujara who managed to win it the last time India toured Down Under. He scored 521 runs including 3 hundreds as India beat Australia 2-1 for the first time on their home soil.

Other Bowlers – 1 award each Some series also belonged to the bowlers where they consistently ran through the batting line-ups and gave their side the advantage in the series. Harbhajan Singh bossed the 2000-01 Border-Gavaskar Trophy series by picking up a staggering 32 wickets from three matches including a hat trick in the second Test at Kolkata and two 10-wicket hauls. India famously managed to turn the tables and beat Australia 2-1 in that series. Another off-spinner from India who won the man of the series was Ravichandran Ashwin during the 2012-13 series. Ashwin picked up 29 wickets from four Tests including 4 five-wicket hauls and 1 ten-wicket haul. India won that series 4-0.

Ravindra Jadeja bossed the 2017 Border-Gavaskar Trophy by picking up the Man of the Series award taking 25 wickets from 4 Tests including 2 five-wicket hauls as India beat Australia 2-1 in an epic series. Brett Lee was the star of the 2007-08 series where he picked up 24 wickets in 4 tests helping Australia beat India 2-1. Ishant Sharma also backed up his debut series against Australia in 2007-08 with a brilliant performance at home in 2008 which India won 2-0. He picked up 15 wickets in the series and especially in conditions that were not suiting the fast bowlers.