With a number of match-winners at their disposal, a lot was expected out of Kings XI Punjab ahead of the start of IPL 2020. However, much like the previous year, they failed to reach the playoffs. They suffered a disappointing start to the tournament. The KL Rahul-led unit could only manage to win a single game out of their first seven. Skipper KL Rahul made a plethora of runs with the bat but lack of support from other players couldn’t help their cause. They will look to release the lacklustre players n the upcoming IPL 2021 Trade Window.

The inclusion of Chris Gayle in the latter half of the tournament did turn their fortunes around. They won 5 games out of their last seven. However, it wasn’t enough from them to reach the qualifiers.

In this article, we have compiled a list of 5 players which Kings XI Punjab should release during IPL 2021 trade window: Karun Nair is one of the big names in Indian Domestic cricket. With so much experience under his belt, he had a great opportunity to prove his worth and leave a significant impression on the biggest stage. However, the Indian cricketer couldn’t make use of the opportunities given by the franchise. In 4 matches, Karun Nair could only manage to score 16 runs at a strike rate of 114.28.

One of the most expensive overseas batsmen in IPL 2020, Glenn Maxwell endured a horrendous show in the UAE. With a string of low scores under his belt, the Australian batsman couldn’t live up to his reputation and let down his side. The franchise backed him throughout the tournament, but Maxwell couldn’t hit a single six in IPL 2021. In 13 matches, he could only score 108 runs at an average of 15.42. Ahead of the IPL 2021 trade window, KXIP would look to release the Australian cricketer. 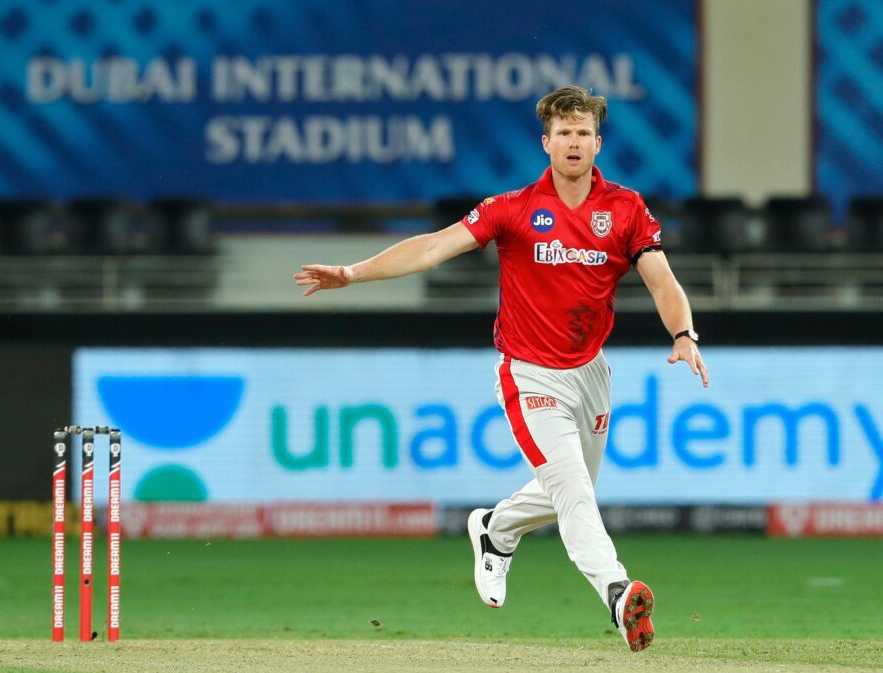 All-rounders are considered as one of the biggest assets for a team in T20 cricket. Considering his ability to tonk maximums and bowl crucial overs in the middle-overs, KXIP bought the services of Jimmy Neesham.

The New Zealand all-rounder, however, couldn’t live up to his reputation and could only score 19 runs and claim two wickets in 5 games. Kings XI Punjab would surely look to release him in the trade window.

Having bought for a whopping price of 8.5 crores, Sheldon Cottrell proved out as one of the biggest flops of IPL 2020. With so much variety in his armoury, he was expected to lead the side by example. However, the West Indies couldn’t do justice to his price tag. He played 6 matches for the franchise, picking as many wickets at an economy of 8.80. A prolific run-scorer in the domestic circuit, Sarfaraz Khan hasn’t been able to replicate the performances in the Indian Premier League. He endured a lean run in IPL 2020, having managed to score only 33 runs in five matches. Sarfaraz Khan couldn’t provide the stability needed in the middle-order and this perhaps became the weakest point in KXIP’s poor show in IPL 2020.

Ahead of IPL 2021 Trade window, Kings XI Punjab would look to release the 23-year-old Mumbai cricketer.