Being extremely candid, I was never a fan of yours. For me, you were always that pinch-hitter who would conjure occasional magical performances and then ebb away to oblivion. However, with time, a lot of things change and when you batted until the very end against Australia on Sunday, I was the first one to holler at the top of my lungs that the next MS Dhoni is here. 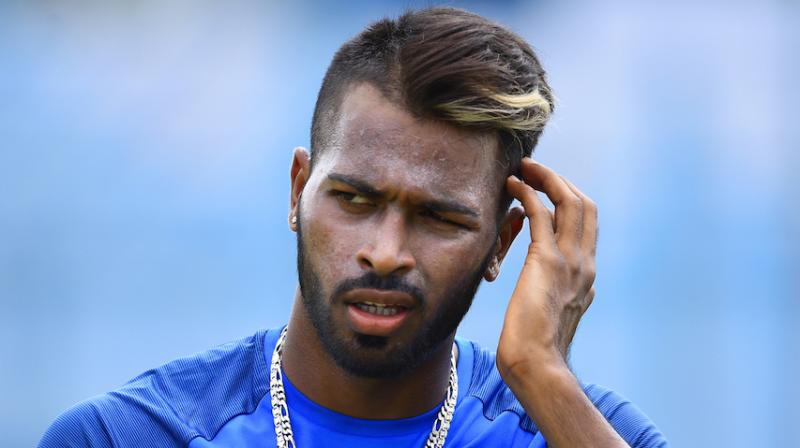 It has been a long ride for you. A ride that has seen the struggles from the ground, your transition from being a Casanova to a matured and well-groomed human being, your rise from a batting all-rounder to what India now seems like the perfect replacement for MS Dhoni as the perfect finisher.

You genuinely do have a very sweet middle name which many people are oblivious about. In fact, I myself was not aware of the fact that your full name was Hardik Himanshu Pandya. It is not really easy to thrive on Maggi for 365 days but the life that you had outside the ground was equally challenging to which filling your stomach with whatever you got seemed a lot more painless.

Your fights chimed in with that of your father who gave up his car finance business in order to get you enrolled in Kiran More Academy. You and your family dwelled in a rented flat while you used a second-hand car to reach the ground.

Well, you always had an attitude. I myself didn’t like it at first, but then eventually realized that you are also a gem of a human being and the struggling backdrop from where you are has moulded you in a way that very few of us can barely imagine.

When Sanath Kumar wanted you to change into a fast bowler from a leg-spinner, it must have been hard. However, there we are the few, who can even embrace death for their very dreams.

After being a part of village cricket where you played matches for Rs 400 that used to keep your family stable for a week, you got chosen for Baroda. Not every domestic cricketer gets to hear from the Little Master himself that you will be getting to play for India in a year and a half.

You were almost on the brink of losing an opportunity to play in the game that changed the course of your future. That fifty against KKR and that 8-ball-21 against Chennai in your maiden IPL venture were nothing short of marvellous. From Rs 400 per village match to Rs 10 lakhs for your first IPL contract was definitely a tale from the Indian folklore.

Those knocks were just the tip of the iceberg about what was about to come for you. Unfortunately even before your career took flight, it came crashing down. That cursed appearance on Koffee with Karan took out an ugly skeleton from your closet and people detested it. My slowly growing adulation for you took a massive hit and I started doubting my likes and preferences.

You faced so many backlashes, and it was hard for you to cope with all the criticism, and you went incognito. Even when you came back, the fans would simply not stop trolling you and it broke my heart. Well, you can’t help, either. People are like vultures. They wait for you to fall, and you slip once and kaboom!

However, deep in my heart, I always believed that you are not the monster that they were portraying you to be. You did your mistakes and now you sought redemption. Natasa happened, and you finally started turning into a happy soul. You started coming out of your dark phase and started performing again.

Then lockdown happened and India bade a long adieu to cricket. Cricket returned to the cricket-crazy nation after a long time and when it did, you returned in an avatar that no one knew you to be. With your back hurt, you bloomed as a pure batsman for Mumbai Indians. Only if everyone had thought that what was the ilk of the nightmare that you were about to impose on the hapless bowlers.

You squeezed strokes beyond the wildest imaginations of your oppositions. More importantly, you played them on surfaces that were deemed as graves for batsmen. The boundaries barring Sharjah were mammoth. It took a good deal of strength and courage to clear the ropes for you. However, you did that with consummate ease.

Then you arrived in Australia. In the first ODI, when the rest failed to the formidable bowling line-up, you took them to the cleaners and fought until the very end. In the second ODI, you weren’t really yourself any more but came back strongly in the final ODI.

In the second T20, you played a role so priceless that even the Australian supporters rose up to applaud you. In the final game, you did start well but failed to turn it into a big knock. However, seeing you play has now turned into a savage pleasure for me. Those strokes that you play getting deep in the crease are a sheer delight for the eyes. Those ingenious sixes that you concoct out of the blue are the signature of a perfect finisher.

Honestly, we have been at home with Dhoni as a perfect finisher who has won India games that others could only envision. However, with Dhoni gone, there was a major frown on the face of the entire Indian cricketing fraternity that who will be the perfect substitute? Well, maybe it is too early for me to make such a boastful claim, but the glimpse of hope that you have shown is nothing short of MS Dhoni at his very peak.

I just hope that my hope doesn’t go down the drain. I am already going through an extremely dark phase, and you are one of those small glimmers of light at the end of the tunnel. Keep on hitting the cherry harder, Hardik. We are with you.

A crazy fan of yours.