Ever since its inception, the ODI format has gone through various changes. There have been changes in rules, change in players’ approach, change in the balls used, change in the number of overs played and few other changes. From the Sunil Gavaskar’s 36 off 174 balls to AB de Villiers‘ 149 off 44 balls, ODI cricket has seen it all over the years.

There have been many high-scoring ODI series in the past few years, making the life tough for bowlers. The batsmen have dominated largely in the ODI cricket, giving fans a huge dose of entertainment. The strike rate which used to hover in the 70s till 2010 has shot up to over 83 in the last eleven years, indicating the change in the approach of batsmen.

Till 2010, only 1103 hundreds were scored, whereas 740 centuries have been scored since the start of 2011 only in the ODIs. Among all the formats, the ODIs have probably gone through the most changes with the time. This article features a summarized list of the bilateral ODI series with most fifty or more scores:

Note:- This article contains the series with a maximum of three ODI matches.

The first series to make in this list is the run-fest between India and England in 2017. Of the seventeen 50+ totals scored, Jason Roy had the most (3) in the series. From the Indian team, Kedar Jadhav and Virat Kohli scored the joint-most fifty or more scores (2) in the series.

The most number of runs were scored (1985) with the highest strike rate (110.46) among all the three-matches bilateral ODI series. From either team, no batsman was dismissed for a duck in this series. The runs flowed all around, with both teams going neck-to-neck.

The bowlers had a series to forget, as every bowler conceded plenty of runs in each match. They gave runs at an economy rate of 6.85 – highest among all the three-matches bilateral series. The bowlers leaked 2043 runs, the highest for any three-matches ODI series.

The recently concluded ODI series also turned out to be a high-scoring one. In this series, the batsmen made seventeen scores of 50 or more. The Australian captain, Aaron Finch, scored the most (3), followed by Virat Kohli and Hardik Pandya, with two half-centuries each.

The batsmen amassed 1917 runs – second-highest, with the third-highest strike rate of 105.97 in a three-matches bilateral ODI series. Both the teams scored runs at the strike rate of above 100 throughout, making the series a complete run-fest. Aaron Finch scored the most number of runs (249), with the help of two half-centuries and a century.

The bowlers didn’t have a great series, as the batsmen largely dominated the series. The economy rate of the bowlers was 6.61, which is the second-highest in any three-matches bilateral series. Moreover, the bowlers had a poor average and strike rate of 49.52 and 44.9 respectively in the series.

The third name to feature in this article is the ODI series between New Zealand and India, held in early January. The batsmen scored 15 half-centuries throughout the series. The small boundaries played a huge role in making it a high-scoring Game.

As a result, the bowlers didn’t have a great series again. Among all the bowlers, only Kyle Jamieson (4.75) and Ravindra Jadeja (4.80) had an economy of less than 5. New Zealand won the series against India by 3-0. Another high-scoring series took place between India and West Indies in India. There were 14 fifty or more scores in this series. Darren Bravo scored the most number of fifties (3) whereas Virat Kohli and Kieran Powell following him with two 50+ scores each.

The batsmen from both teams scored 1466 runs in total with the help of 186 boundaries (160 fours and 26 sixes). Virat Kohli showed his brilliance against the Caribbean nation. He was the highest run-scorer with 204 runs at a sensational strike rate of 100.99 with the help of 21 fours and 2 sixes, for instance.

The bowlers, too, had a decent outing in the series. Ravi Rampaul was the leading wicket-taker in the series, with 7 wickets at an excellent average 22.00 with the ball. India won it by 2-1, with Virat Kohli named as Man of the Series. 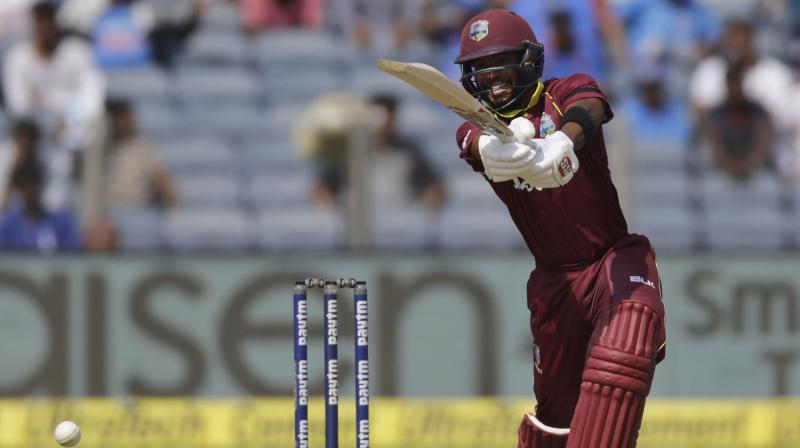 These two teams played another high-scoring series against each other in December 2019. Hence, this series also saw 14 fifty or more scores from the batsmen of both teams. A total of five batsmen scored two 50+ scores in this thrilling series.

A total of 1792 runs were scored, which are the fourth-highest, at a strike rate of 102.63 – fifth-highest among all the three-matches bilateral ODI series. The collective average of the batsmen was 49.77, which is the second-highest among all the three-matches series. Rohit Sharma was the leading run-scorer, scoring 258 runs with the help of 31 fours and six maximums.

The bowlers had an economy of 6.37 in this series, which was the fifth-worst among all the three-matches bilateral ODIs. In the bowling section, Keemo Paul was the leading wicket-taker with 6 wickets to his name, followed by Sheldon Cottrell and Mohammed Shami, taking 5 wickets each. India registered a series win by 2-1 over West Indies, with Rohit Sharma adjudged with Man of the Series award for his consistent performance throughout the series.