Prior to the start of the Border-Gavaskar series 2020-21, who would have that an uncapped Indian fast bowler, Mohammed Siraj would claim the most wickets for India in the series. The 26-year-old now has 13 wickets to his name in the series, surpassing the likes of Jasprit Bumrah and Ravi Ashwin. Despite the absence of experience fast bowlers such as Mohammed Shami, Ishant Sharma and Jasprit Bumrah in the final Test, India exhibited an exemplary show with the ball. 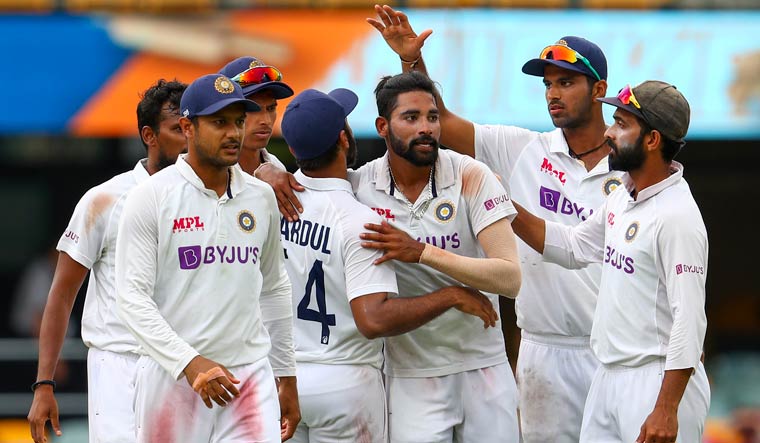 Mohammed Siraj and Shardul Thakur highlighted India’s never say die attitude in the series. RCB fast bowler, Mohammed Siraj claimed his first Test five-for on the fourth day of the final Test of the Border-Gavaskar series. His ally, Shardul Thakur supported him brilliantly as the duo helped India bowl out Australia for 294 runs on Monday.

After dropping Steve Smith off Washington Sundar earlier, Mohammed Siraj bowled a peach of the delivery to take the most important wicket of the day before sending back Matthew Wade for nought. Shardul Thakur bowled brilliantly to then account for the wickets of Green and Paine.

Shardul Thakur too picked four wickets as the duo put together a beautiful partnership, claiming as many as 9 wickets between each other. Playing in Australia for the first time against a solid batting line up, the duo deserves all the appreciation.

India ended the day at 4/0 at stumps on day 4. The Men in Blue need to score 324 runs to win the Test or bat out the whole day tomorrow to draw the series. Either way, they will retain the series. After suffering a humiliating loss in the first Test, India made a roaring comeback in the next Test to level the series 1-1. The spectacular series will come down to its final day tomorrow as it remains to be seen who takes the series home.