As India completed a heroic triumph in the recently concluded Border-Gavaskar Trophy, chasing down a mammoth 328 on the final day to shatter Australia’s staggering streak at the Gabba, there were a lot of wild speculations about the squad that was announced for England’s tour of India. The squad was announced primarily for the two opening Test matches. The supporters weren’t really happy to see the smiling face of T Natarajan being axed from the first two Test matches. 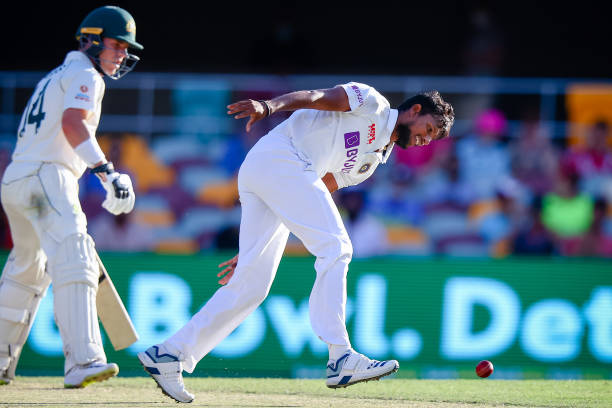 It included a lot of surprises and there were also compulsions on behalf of the selectors to chalk out apt replacements for the mounting list of injured players. Though India would be reprieved to see their captain Kohli, primary fast bowler of the longest format, Ishant Sharma, their ace bowler, Jasprit Bumrah, and spinning talisman, Ashwin’s return, the team will have to work out a few permutations and combinations in order to strike a perfect balance to dismantle the English force.

Hardik Pandya was recalled for the first two Test matches alongside bowling all-rounder, Axar Patel. Pandya will be filling the void with Hanuma Vihari who posted an exultant display of guts at Sydney to bail out India while Axar Patel will have the monumental onus of filling in the boots of Ravindra Jadeja who had to undergo a finger surgery after a dislocation at Sydney.

The squad was chosen by a newly formed selection committee under the leadership of Indian fast bowler, Chetan Sharma. He consorted with the likes of Abey Kuruvilla, Debasish Mohanty, and Harvinder Singh. They were also joined virtually by Virat Kohli who returned to India after the fiasco in the first Test match to attend the birth of his first child.

India would also be seeing the return of their primary fast bowler in Test cricket, Ishant Sharma who was compelled to miss the Australia tour despite regaining complete match-fitness in mid-November after copping an injury in IPL. He is en route to becoming the second Indian fast bowler to feature in 100 Test matches, provided he is capable of exhibiting optimum fitness in the ongoing Syed Mushtaq Ali trophy.

Alongside Ishant, the other bowlers who will be toting India’s fast bowling legacy are Jasprit Bumrah, Mohammad Siraj, and Shardul Thakur. Thakur created an instant impact at Gabba as he left Australia contorting in unprecedented agony.

The man who will be missing out in the first two Test matches will be a new kid on the block who is relishing a dream run since IPL 2020, T Natarajan. The fast bowler has wreaked havoc not only in the UAE but his appearance in all three formats of the game in Australia has been impressive enough to make him a reckoning force in the Indian bowling department.

Despite the selectors quoting the fact that Natarajan is rested due to workload, there may be possible other reasons which acted up in accommodating the fast bowler.

Firstly the pitches of the Indian sub-continent are a lot more friendly to spin and that means the availability of four fast bowlers will be more than enough to run the series.

Secondly, the fact that the English batsmen are more prone to making mistakes in slow bowling, that makes Natarajan a back-up in case if India’s other fast bowlers muck up their roles.

Finally, let’s take the word of BCCI per se, that Natarajan has actually been going through a helluva workload since the IPL begun. Pandya was selected as a specialist batsman

There were a lot of questions that were asked in pertinence to the fact that why hasn’t Pandya been bowling. The answer was blowing in the wind, and it was that he had to undergo a major back-surgery that limited his bowling capabilities.

However, after his emergence as a top-class finisher in the shorter versions of the game since IPL, he has been asked to come in at number 6, superseding the likes of an injured Hanuma Vihari and KL Rahul. Though it will be naive to expect much patience from him those quickfire runs can indeed come in very handy for India.

With Ravichandran Ashwin and Kuldeep Yadav being the first two spinning options, there was a ferocious contest that was issued between Shabaaz Nadeem and Axar Patel to be selected as the third spinner. Axar Patel managed to win the nod as his form with the bat and recent resurgence in IPL was a lot more evident than Nadeem. However, Nadeem managed to earn himself a call-up as a stand-by after India’s team bowed left and right to injuries in Australia.

After the conclusion of the first two tests, the Indian management will re-assess the injuries of KL Rahul and Ravindra Jadeja to check if they can also be included in the last two tests against one of the paragons of the longest format of the sport.