As we come to the end of the decade, we should take a moment to look at the decade that is about to end. If there is one format which is changed the most in this decade then it is the ODI format. There were some questions over this format which led to some rule changes as we saw two new balls being used. One more rule which changed was the power play one where there are only four players outside the 30-yard circle during overs 11-40.

Most of these rule changes more or less helped the batsmen and as a result, we saw a lot of big scores. The highest ODI score 481-6 was registered in this decade as England kept scoring well above 350. Run scoring was easy as compared to the earlier years which meant that the batting averages and strike-rates increased in this decade. We saw many batsmen who had a batting average of over 50 in the ODI format which was not the case earlier. Most of the fans would know who has the highest batting average in the ODI format but very few people would know the player’s batting average as a captain. So, on that note, let’s have a look at the three players with the highest average as captain in ODIs in a decade.

Note: Only captains with more than 2000 ODI runs in a decade have been considered. 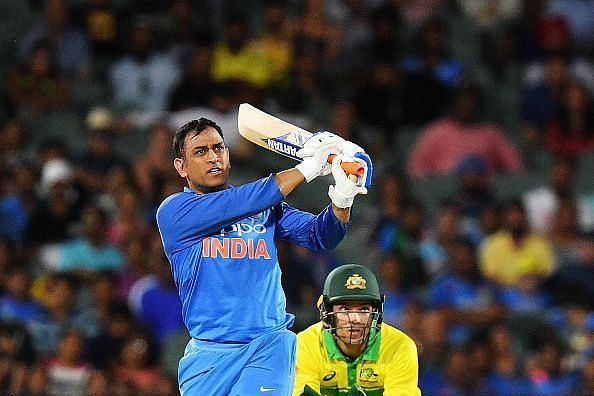 MS Dhoni was probably the first batsman to have a batting average over 50 in this format. Out of three formats, Dhoni was probably the best in this format. He used to bat at No.5 and No.6 and do the difficult job for the team of finishing the matches. MS Dhoni has averaged 59 in the 2000s decade as a captain of the Indian ODI Team. No other ODI captain came even close to his average in the 2000s decade.

Most of the other batsmen who average above 50 bat in the top-order but coming in at No.5 and No.6 it is a tough task to keep scoring runs consistently which MS Dhoni has managed. These numbers show that MS Dhoni is the best finisher in the history of ODI cricket.

The South African legend – AB De Villiers who retired from international cricket two years ago has had a stellar career. He is one of the finest middle-order batsmen to have played the game. His ODI average as a captain of the South African team in the 2010s decade is 64 which is the second-highest for any captain in a decade.

There are few things that ABD can’t do and batting is definitely not one of them. ABD holds the record for the fastest ODI century in just 31 balls, and it would be challenging for anyone to break that record. There is no doubt that AB De Villiers is a South African legend. Virat Kohli has some incredible numbers in this format. Many batsmen who play this game can’t even think of these numbers.  Kohli averages 78 as a captain of the Indian ODI team in this decade which is 18 runs more than his normal career average.

We have seen that time and again, especially in run-chases Virat Kohli likes to lead from the front. He is a run-machine in this format as he keeps hitting centuries for breakfast, lunch, and dinner. He is one of the best in this format if not the best.