Ravichandran Ashwin who made his debut in 2011 is now just six wickets short of 400 Test wickets. Only three Indian bowlers have reached the milestone and R Ashwin will be the fourth once he gets his 400th Test wicket. Over the last ten years, R Ashwin has been a match-winner in the longest format. He has 29 five-wicket hauls and five Test centuries to his name. Recently he scored a century and took a five-wicket haul for the third time in his Test career.

When Ashwin started his career, people talked about how he is only successful in Indian or sub-continent conditions but in the last few years, he has changed that as he has performed exceptionally even in overseas conditions. On that note, let’s have a look at the five top spells of Ravichandran Ashwin in Test cricket.

Ravichandran Ashwin bought out his best on his debut as he picked up a five-wicket haul in his first Test match. West Indies had taken a first-innings lead, and it was necessary to get wickets in the second innings.

R Ashwin showed his class as he picked up six wickets for just 47 runs and helped India bowl them out for just 180 runs. India chased down the total in the fourth innings, but it was possible only because of the debutant R Ashwin. Ashwin picked up nine wickets in his debut match. 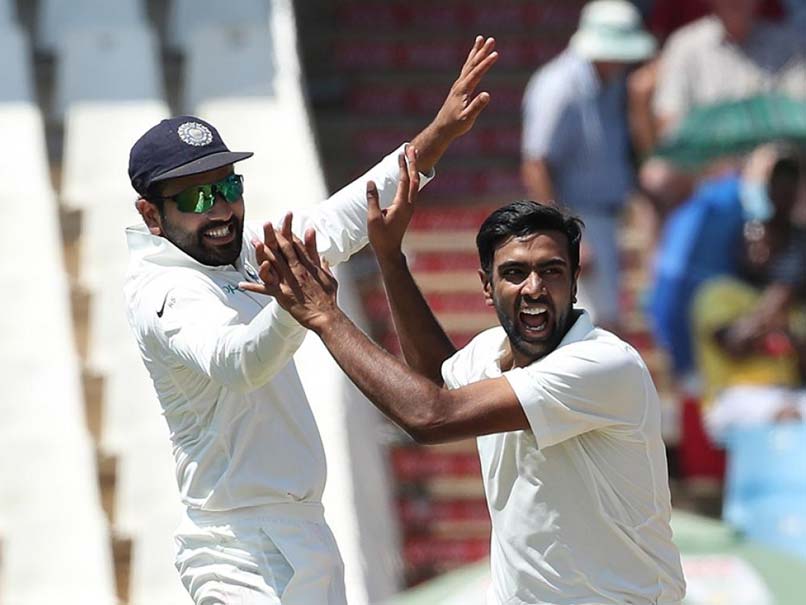 India lost the toss and was asked to field first on what looked like a flat track in the second Test at Centurion in 2018. There was some help for the seamers, but there wasn’t much in the pitch for the spinners. The South African openers put up an 85 run stand before Ashwin dislodged Dean Elgar.

Ashwin even got rid of the dangerous Aiden Markram on 94 and got Quinton De Kock for a duck late in the day. Ashwin finished with the wicket of Morne Morkel as he picked up four wickets for 113 runs and helped India bowl out South Africa for 335. Even though India lost the game, Ashwin had a good game with the ball.

England batted first on a track that had something for the seamers. Ashwin got the early wicket of Cook with great delivery. Ashwin kept picking wickets at regular intervals as England got bowled out for 287 and Ashwin finished with figures of 4-62.

In the second innings, when there was some help for the spinners Ashwin became even more dangerous and picked up the important wickets of Cook, Jennings, and Joe Root to finish with figures of 3-59. Ashwin had a great game as he picked up seven wickets in the Test at Edgbaston.

India had managed to score 250 in the first innings, and it seemed as if Australia would go past that score but R Ashwin had different plans. He kept it tight as he bowled 34 overs for just 57 runs picking up three wickets of Khawaja, Harris, and Marsh.

In the second innings, Ashwin bowled more than 50 overs at an economy rate of 1.7 and picked up three wickets including the final wicket of Josh Hazlewood when things were getting tight. Ashwin was brilliant in the first Test in Australia in 2018. Ravichandran Ashwin had just picked up a six-wicket haul in the first Test match and was high on confidence. The conditions were in favour for the spinners in the second Test and India had put up a great total on the board. Ashwin started picking up wickets as soon as he got the ball as he ran through the England side.

The ball which he bowled to Ben Stokes was absolutely brilliant as he was deceived in the flight and then the turn got him. Ashwin finished with figures of 5-43 as England was bowled out for 134 in the first innings. He even picked up three wickets in the second innings to finish with eight wickets in the match.