In cricket, the ball remains the same for the entire duration of a T20 game. In ODI cricket, there are a couple of balls taken and in Test cricket, the ball can be changed after every 80 overs. However, these balls are selected by the umpires and cannot be changed unless they are out of shape. This is not the case when it comes to using bats. Modern-day bats have thick edges and are made in such a way that batsmen are hitting sixes just for fun.

There have been many kinds of bats that have been used in cricket so far. The batsmen have used their liberty to choose the kind of bat they are comfortable with to the full extent. Let’s have a look at four such bats that are different from the normal one used by the batsmen to create an impact in the game. The Aluminium bat is one of the weirdest bats that the game has ever seen because bats are generally made of wood. This aluminium bat was brought to the field by former Australian speedster Dennis Lille. On Day 2 of a Test match against England, Lille walked out to bat with one made of aluminium.

This raised a few eyebrows as this was something the world hadn’t seen before. After playing a few shots, the England team weren’t very pleased with Lille because the aluminium was allegedly destroying the shape of the ball. Even Lille’s own captain Ian Chappell wasn’t happy with the pacer’s decision to walk out with an aluminium bat as the ball was not travelling at a distance that it would have had he used other regulation bats. Thus, after a while, Chappell walked on to the field and instructed Lille to bat with the normal one made of wood.

Spartan was the official sponsor of the Universe Boss Chris Gayle‘s bats during the year 2015. A special bat was made in India and sent to Australia with a golden willow on it so that Gayle could make use of it in the 2015-16 KFC Big Bash League. Gayle played with the bat in the first game that season for the Melbourne Renegades and smoked a few out of the ground.

There were rumours surfacing that the bat had a metal in it which was enabling the Universe Boss to hit the ball further. However, Spartan clarified that there was no truth in this as it was the Jamaican’s natural strength that was sending the ball into the stands. Andre Russell played the 2016 Big bash League for the Sydney Thunder and as always grabbed a few eyeballs. However, this was even before he faced a ball, as he was using a bat with a black willow. This was strange for people Down Under as they hadn’t seen anything of this sort ever before.

Although Cricket Australia clarified that using the black bat was completely fine, the colour of the ball began to change due to the bat. Thus, Andre Russell was asked to use other normal bats later. 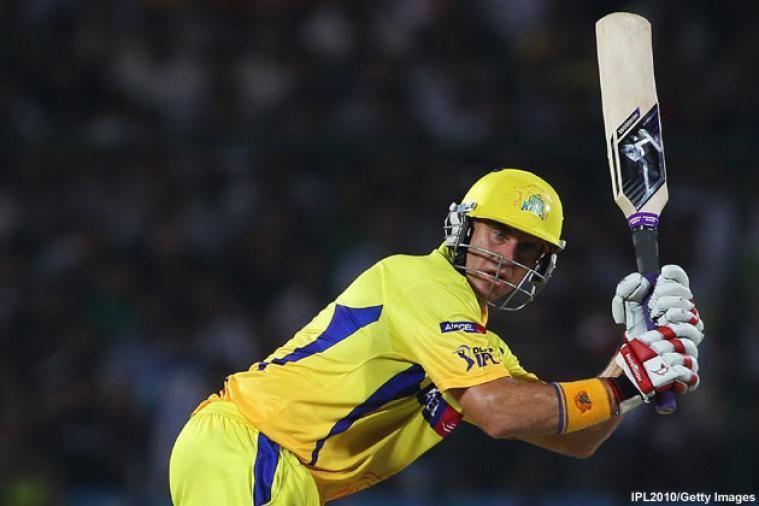 Mongoose bat had almost become a fashion during the initial years of the Indian Premier League (IPL). Chennai Super Kings opener Matthew Hayden had begun using this bat in the 2010 season. The speciality of the bat was that it had a long handle and the remainder of the bat was a very small piece of wood but it was so thick that it could be entirely considered as a sweet spot.

Hayden scored 93 runs off just 43 balls in one of the games that season against the Delhi Daredevils. However, he was later castled a few times trying to defend the ball. Hence, he had to resort back to using one of the normal bats.