With the advent of T20 cricket, six-hitting has become a normal phenomenon with batsmen always fancying their chances to clear the boundary ropes. The over emphasis on aspects like fitness and muscular physique has in turn assisted the powerful batsman in taking on the best in the business and garnering sixes and boundaries for fun. Some of these shots have also sent the ball flying out of the stadium, damaging public property. The reward, though, maximum for the batsmen, resulted into a heavy loss for the concerned person, compelling him to rue his fortunes. We will be talking about a few such instances in the present article. In the below piece, we look at 5 maximums (sixes) which caused heavy damage:

This incident took place during the quarter-final match between India and Australia at Nairobi in the ICC Knockout Tournament of 2000. Chasing 266 for victory, set by India, Australia were reeling at 193-7, needing 73 off 51 balls. That’s when Lee rose to the occasion, pulling off a gigantic six.

The hard-hitting right-hander smashed the next ball bowled by Zaheer Khan out of the stadium, which ended up breaking a parked car’s windshield. The entertaining knock of 31(28) with 3 fours and 2 maximums from Lee, unfortunately, couldn’t pull off a victory for the Aussies, who lost the contest by 20 runs. Despite the result, the game is still remembered for that mammoth six hammered by Lee, showing his batting prowess lower down.

It took place during the 1st ODI between Australia and Zimbabwe at Harare in 2014. Batting first, Australia had reached 325-6 at the end of 48.3 overs, looking set to finish at a high. Johnson’s present at the striker’s end deposited the next ball from Panyangara over the long on fence, straight into the commentators box.

The pieces of glass were scattered all over with some of them even landing on the on-air commentators, who brushed them away at once. The quick fire knock of 20(10) with 2 fours and a six from Johnson, assisted Australia in posting 350-6 at the end of 50 overs.

The Zimbabwe side, as expected, were bundled out for 152 in 39.3 overs, handing Australia an emphatic victory by 198 runs. Masakadza waged a lone battle with 70(91) while Smith was the pick of the bowler for the Oz with 3-16. 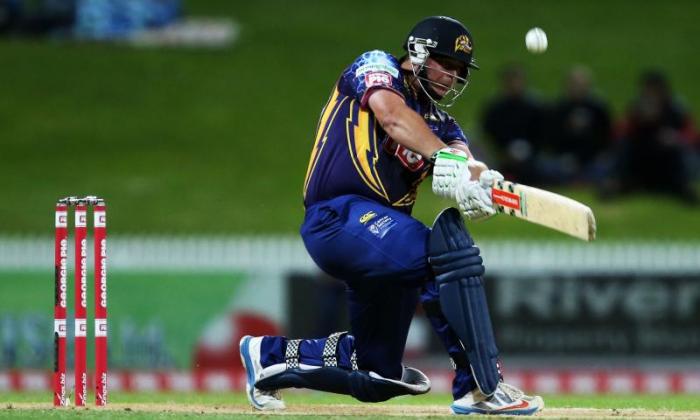 The weird incident took place during an encounter between Otago and Wellington at Hamilton in the Super Smash T20 tournament of 2014. Otago while batting first, had already posted 42-1 in 4 overs. With the momentum on their side, Ryder smashed the first ball of the next over from Fletcher for a huge six over fine leg.

That ball happened to disappear out of the ground and ended up denting the roof of Ian Smith’s rented car, who apparently was on-air commentating the whole incident. The blistering innings of 56(25) with 6 fours and 4 maximums from Ryder, helped Otago in reaching 169-7 at the end of 20 overs.

To their displeasure, Otago couldn’t halt the Wellington juggernaut, who chased the target down by 3 wickets and 2 balls to spare, spoiling the six-hitting celebration from Ryder.

This incidence occurred during the 4th game of Cricket Ireland Inter-Provincial T20 trophy between Leinster Lightning and North-West Warriors at Dublin in 2020. With the match reduced to 12 overs a side, Leinster posted a hefty total of 124-4, courtesy an unbelievable innings of 82(37) by O’Brien, who smashed 3 fours and 8 maximums in the process.

One such maximum vanished out of the ground and ended up shattering his own car’s windshield, making it a bitter-sweet moment for him. To O’Brien’s liking, the game was comfortably won by Leinster in the end, who restricted the North-West Warriors to 104-8 and took the match by 24 runs (D/L method). It took place during the 11th game at LPL 2020 between the Colombo Kings and Jaffna Stallions at Hambantota. Chasing 149 for victory, set by the Stallions, the Colombo Kings were more than comfortable, courtesy a magnificent innings of 68(51) by Chandimal.

The West Indies all-rounder, Andre Russell added his finishing touches to the win, smacking 32(20) with 2 fours and 3 maximums. This brutal striking by Dre Russ on the bowling of Fernando, even broke the ball and left the umpires with no option but to bring a new one into play.

The Colombo Kings cruised home by 6 wickets and 4 balls to spare, extending their heartfelt condolences over the breaking of the ball, which can’t be used any further.