The sixth season of the Pakistan Super League (PSL 6) has got underway with plenty of international stars and renowned Pakistani cricketers being a part of it. In order to keep a check on the COVID-19 situation during the league, the PCB has earmarked two stadiums at Lahore and Karachi respectively for staging all the matches and only 20% of the total crowd capacity have been allowed inside the stadiums. Having conducted the previous season successfully in two stages, the excitement and hype around the novel season has already reached its zenith in the initial phase of the tournament.

While many of the local players as expected have set the stage on fire in the initial few encounters themselves, we surprisingly had a few overseas stars joining them in the action early on and making the conditions look like home. Their stellar show in the tournament will not only help their side go the distance but on a personal note, can also earn them an IPL contract if a casualty occurs. In the below piece, we look at 5 overseas players participating in PSL 6, who can be picked later for playing in IPL 2021: A solid performer with the bat for England and different T20 franchises around the world, Vince is yet to earn an IPL contract. Playing for the Multan Sultans in PSL 6, Vince has mustered 125 runs from 4 games at an average of 41.66 and strike rate of 137.36 so far.

The numbers clearly point towards Vince’s impeccable batsmanship as the man can bat at any position in the top 6 and get going almost immediately. Apart from this, he is a handy medium-pacer who can bowl an over or two if needed, and also moves quickly in the outfield pulling off breathtaking catches, making him a complete T20 package. Just in his early 20s, Rutherford is already a star when it comes to playing in different T20 leagues around the world. To his liking, he was also part of the MI franchise which won the latest edition in the UAE, gaining enough knowledge and picking the brains of some of the best in the business.

In the 3 games so far for the Peshawar Zalmi in PSL 6, Rutherford has smashed 77 runs at an average of 38.50 and strike rate of 150.98. The massive strike rate is an indication of his batting prowess coming lower down the order and finishing the games for his side.

Rutherford can also roll his arm over if needed, bowling effective right-arm medium pace. Just like Vince, he too is an all-round T20 player, justifying different roles as per the team requirement. This showing can certainly fetch him a bid and be back to playing at the cash-rich league. 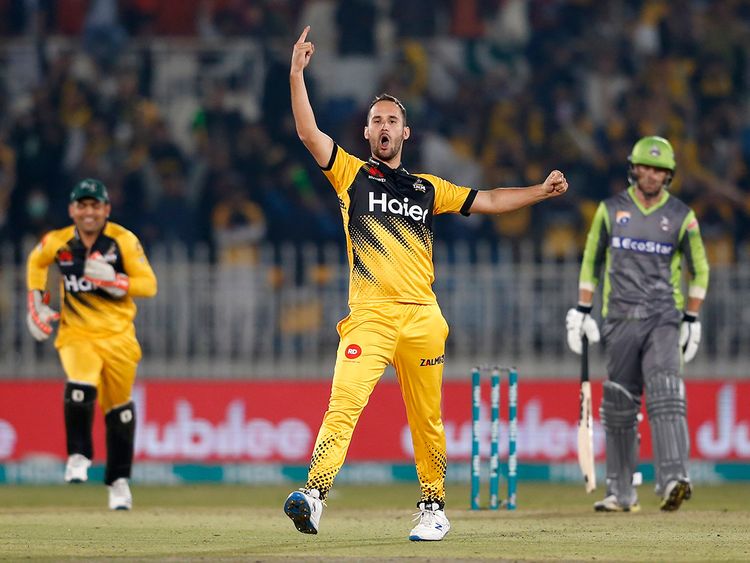 The English international, who has taken T20 cricket by storm, Gregory has done fairly well for his franchise Islamabad United in PSL 6.

Given his height, Gregory can extract steep bounce off the surface while bowling medium-pace and with the bat, can strike them long and handsome. He is a lethal prospect to have in any team, who can change the course of the match in a matter of few minutes and thus, IPL franchises will cast a watchful eye over him. The man who won West Indies their second T20 World Cup in 2016, smashing 4 sixes in 4 balls in the final over bowled by Stokes, Brathwaite seems to have lost his faith with the national selectors and is now plying his trade in the different T20 leagues across.

While it was his batting prowess that earned him the fame and reputation in the cricketing circle, his lesser appreciated suit, bowling is now doing wonders for him. Being naturally tall and sturdy, he can deliver the ball from an uncomfortable height for the batsman, making it tough for them to put him away.

The medium-pacer dismissed 16 batsmen from 16 games at an average of 24.10 and an economy rate of 8.02 playing for the Sixers in BBL 10. He can back it with terrific batting performances coming lower down, there is nothing that can stop him from making a comeback at the IPL. A hard-hitting southpaw, who possesses a wide range of strokes and can single-handedly demolish opposition bowling attacks, Rossouw has performed decently for the Multan Sultans in PSL 6 so far.

Given the nature of the format, there will be days when the batsman will completely fail, finding it difficult to strike anything off the middle. But this is the phase where teams will be tested, for those who continue with him, will reap the desired rewards when it most matters.

When on a song, there is nothing that can halt the South African, who has chronicled 105 runs from 7 innings at a strike rate of 136.36 for the Renegades in BBL 10 and if he can work on the aspect of inconsistency and strike big runs come every game, Rossouw will be back in the reckoning, getting an opportunity to showcase his skills at the biggest stage, the IPL.