Injuries are part and parcel of a sport like a cricket. Given the intense nature of the sport, we often see batsmen coping blows on various parts of the body or bowlers pulling out due to a hamstring or muscle tear. While the situation cannot be avoided, the appearance of it can certainly be reduced if the players work hard on their fitness and follow an appropriate diet pattern. The history of the sport has seen several such players, who inspite of getting injured, continued playing for the side and did their best to prevent a possible defeat. The cricket fraternity won’t forget their act of valour and that will indeed prove to be a source of inspiration for aspiring cricketers. We will be talking about a few such instances in the present article. In the below piece, we look at 6 brave players in cricket, who played in injury: 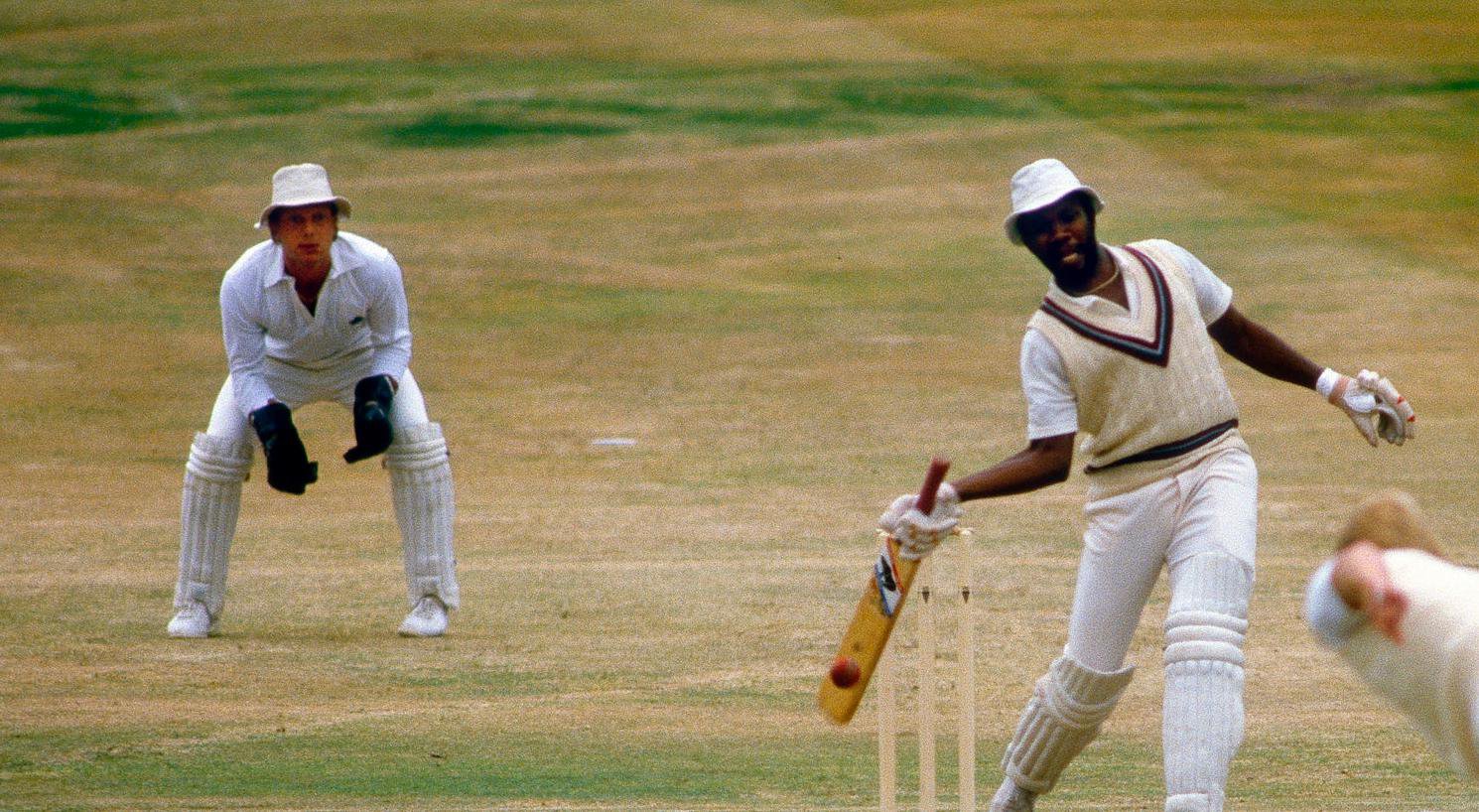 The incident took place during the 3rd Test between England and West Indies at Leeds in 1984. One of the greatest fast bowlers in world cricket, Marshall broke his thumb in 2 places on the very first morning of the Test. As a result of which, he could bowl just 6 overs in the first innings.

Having restricted England to 270 in the first innings, West Indies had already taken some lead when their ninth wicket fell for 290. Given the injury to Marshall, all thought that the innings had come to an end. But springing a huge surprise, Marshall walked out to bat and did something which was totally unimaginable.

Batting one-handed, Marshall ensured that Gomes reached his century and the Windies comfortably crossed 300, scoring 302 in their first innings. The pacer didn’t stop there, but also picked 7-53 to dismiss England for 159 in the second innings, leaving themselves 128 to chase.

The visitors achieved the target by 8 wickets, courtesy innings of 49(96) by Greenidge and 43(85) by Haynes, taking a series winning 3-0 lead in the opposition’s backyard. 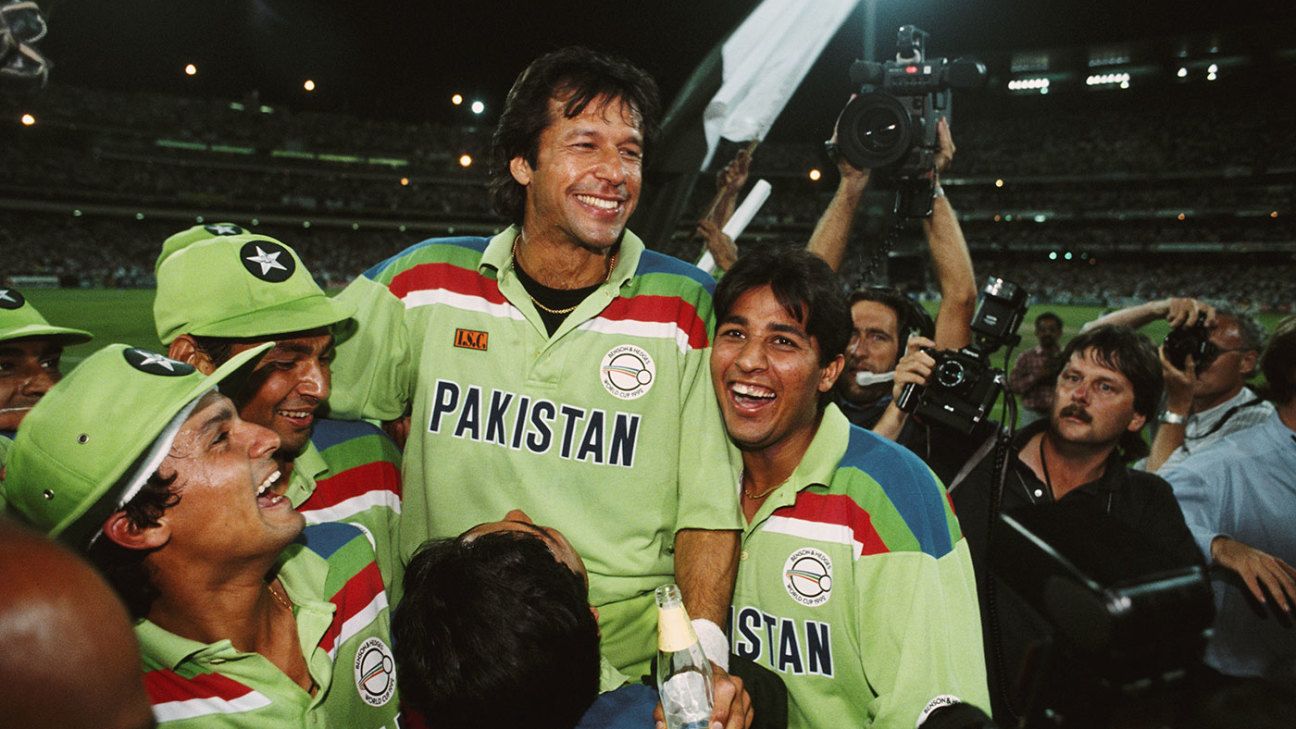 The current Prime Minister of Pakistan and one of the greatest all-rounders in world cricket, Khan displayed his remarkable captaincy traits to help Pakistan win the World Cup of 1992. Many won’t be aware that the cricketer had to brave a prolonged injury to achieve the monumental feat.

With this being his last World Cup, Khan despite being unfit decided to participate in the tournament and put his best foot forward. Consuming painkillers before every match, Khan was able to lead from the front, contributing with both bat and ball.

Having shown his prowess with the ball, picking 6 wickets before the knockout stages, Khan finally came to the party with the bat during the semi-final and final stage of the World Cup, scoring 44 and 72 runs respectively to help the Asian nation lift their maiden cup. This scary incident took place during the 4th Test between India and West Indies at Antigua in 2002. During his knock of 6(17), Kumble was hit on the mouth by a Dillon bouncer, who then had to bat spitting out blood.

India did post a hefty total of 513-9 in the first innings, but, unfortunately, also had to miss out on the services of their veteran spinner, Kumble, who had an injury to his jaw and was ruled out of the remainder of the series.

With his flight scheduled for the next day, Kumble, just like any other cricketer in the country would do, came out to bowl with a bandaged face and delivered 14 overs, even getting the wicket of Lara. The match was eventually drawn as the hosts posted 629-9 in their first innings, leaving no room for any other result. The incident took place during the 3rd Test between Australia and South Africa in Sydney in 2009. Batting first, Australia posted 445 owing to knocks of 138(250) by Clarke and 64(124) by Johnson. For Proteas, both Steyn and Harris picked 3 wickets each.

Opening the innings for South Africa in the company of McKenzie, Smith was off to a flyer with 30(31) including 5 boundaries. Before he could continue further, Johnson delivered a super-fast ball which rapped the southpaw on his left hand and broke it. With the injury forcing him to walk off the field, the Proteas side bundled out for 327, handing the hosts an invaluable lead.

The Aussies batted with authority in the second essay as well, posting 257-4 and setting the visitors a target of 376. The task was never going to be easy and as expected, South Africa were reduced to 257-9 with just Smith left to come.

Shocking the cricketing world to the core, Smith walked out to bat with a bandaged hand and after taking some doses of painkillers and injections. He did hang around for 17 balls before a Johnson delivery passed through his defences and helped the Oz in winning the Test by 103 runs. 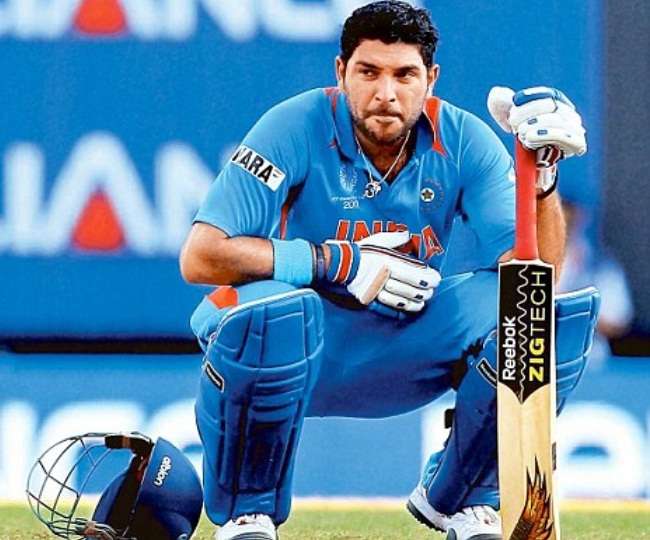 One of the best all-rounders to play the sport for the country, Yuvraj battled both indifferent form with the bat and lung cancer to win India their second World Cup in 2011. The man vomited blood during India’s tour of South Africa before the World Cup and in no way looked healthy to play at the coveted event.

Having somehow managed to play during the group stages, doctors had advised Yuvraj against participating in the quarter-final match against Australia, which could have even cost his life. But the man took the risk and conjured an all-around performance, picking 2-44 and scoring 57(65) to guide India into the semi-finals against Pakistan.

India did beat them and also got the better of the Lankan side in the final to lift the cup after 28 long years, creating history. Yuvraj had to pay a heavy price for the same as his tumour had transformed into cancer and had to undergo three cycles of chemotherapy in the US to return home only in April 2012. 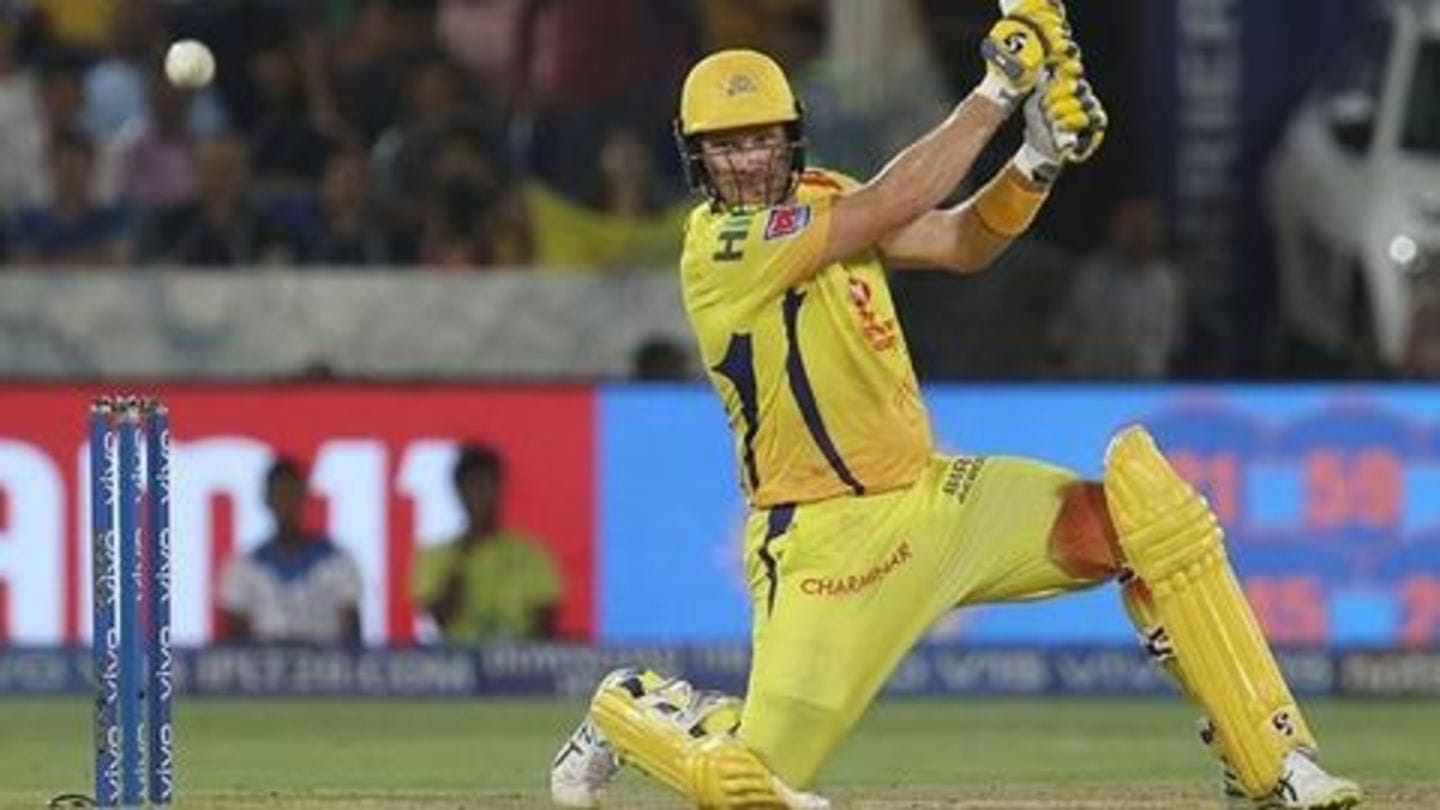 This unfortunate incident took place during the final of IPL 2019 between Chennai Super Kings and Mumbai Indians at Hyderabad. Batting first, MI had posted a competitive total of 149 in their 20 overs, courtesy innings of 41(25) by Pollard and 29(17) by de Kock. During the innings, Watson suffered bruises on his knees and didn’t inform anyone about the same.

Batting in pain owing to the injury, Watson struck a crucial knock of 80(59) to keep CSK’s noses ahead in the summit clash. Unfortunately, the man got out in the final over trying to complete a double run and the yellow army lost the final by just 1 run, allowing MI to lay their hands on the trophy for a record 4th time.

Meanwhile, Watson returned to the dug-out with a bloodied knee and needed 6 stitches to heal the wounds. The man in literal sense gave his sweat and blood for the team and the innings has cemented a special place in the hearts of cricket lovers.