Three-time champions Chennai Super Kings (CSK) will step out in all readiness to redeem the fortunes in the upcoming season of the IPL. To start off, they did a fantastic job during the player’s auction, availing the services of a few renowned multi-dimensional players and adding stability to the line-up. While their openers were in fine form throughout IPL 2020, the middle order failed to add the finishing touches, securing important wins for the side. The ‘yellow army’ will hope that these flaws are rectified and every member in the XI contributes in one form or the other. It is this team effort that will see them turn things around and get closer to clinching another title. On that note, we look at the strongest possible playing XI for them in IPL 2021. Being forced to miss the initial few encounters due to COVID-19 infection and thus the extended quarantine, Gaikwad made up for the same by smashing three consecutive fifties in the last 3 league games for CSK. He is a young man beaming with confidence and the same is being transferred in his batsmanship, helping CSK receive brisk starts. The management has complete faith in him, and we can expect him to get a long rope.

On the other hand, Du Plessis has been the backbone of this CSK XI, churning out runs on a consistent basis come every season of the IPL. Considering his recent international form and retirement from the longest format, Du Plessis can be anticipated to endure another successful season with the bat and justify the faith of his illustrious skipper, Dhoni. 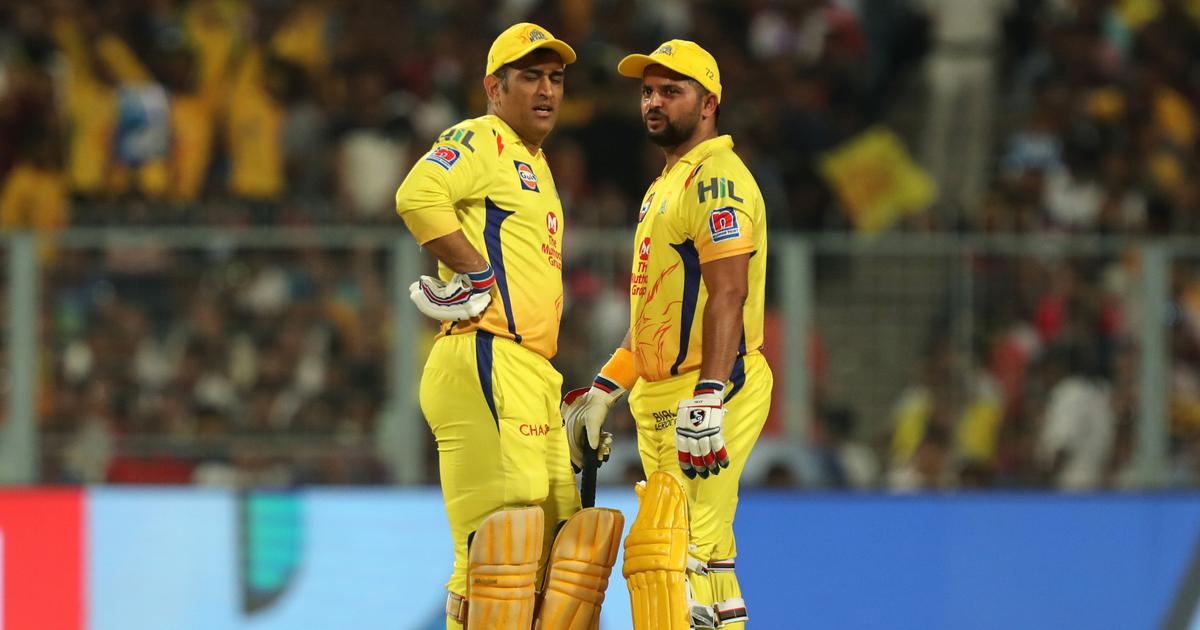 A vital cog of this CSK XI, Raina’s absence during the 2020 season was a huge setback for the team, who ended up conjuring the worst performance since the inception of the league. An anchor or finisher with the bat as per what the situation demands, a handy off-spin option when the 5th bowler leaks out runs and a live-wire in the field, Raina has got everything in him to help CSK cross the line and get the better of their tough opponents.

After leaving his mark as an opener over the past 3 seasons, Rayudu can be expected to bat in the middle order, a role which he justified beautifully while playing for the nation. Like Raina, Rayudu too can bat according to match situations, changing gears swiftly in the team’s cause. Skipper Dhoni and the CSK management will hope that he remains fit throughout the tournament and plays a crucial role in them lifting the trophy as he did in 2018.

The man with whom the team is identified, having taken it to new heights and glory, MS Dhoni probably will turn up for the last time donning the yellow jersey. He had a mediocre IPL 2020, where ‘captain cool’ failed to finish the games for his side and watched it slump for the first time in the history of the league. Thus said, he will leave no stone unturned to convert the losses into victories and win the 4th title for his heart, calling it quits at the highest point for the franchise. 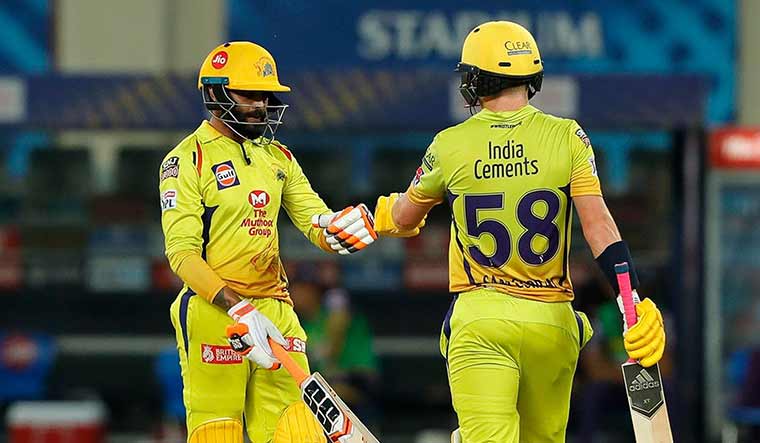 India’s first-choice all-rounder across the three formats, Jadeja was one of the shining lights for CSK in an otherwise forgettable season. Though not so much with the ball, the Saurashtra all-rounder was impeccable with the bat in hand, finishing the games for the side from seemingly improbable situations. He also took some breathtaking catches in the outfield and made life difficult for the batters. If he continues to excel in all the 3 departments in the upcoming season, we can expect him to lead the side after Dhoni’s much-talked-about retirement.

Just into his second year for CSK, Curran has become the go-to-man for skipper Dhoni, fulfilling every responsibility thrown at him. Be it bowling with the new ball or opening the innings, Curran has accepted every challenge with open arms and looked to improve on it with each passing encounter. Given such wholehearted commitment and perseverance to see the back of the opposition, there is absolutely no doubt that Curran is a regular starter for the team and may even play ahead of someone like Bravo. 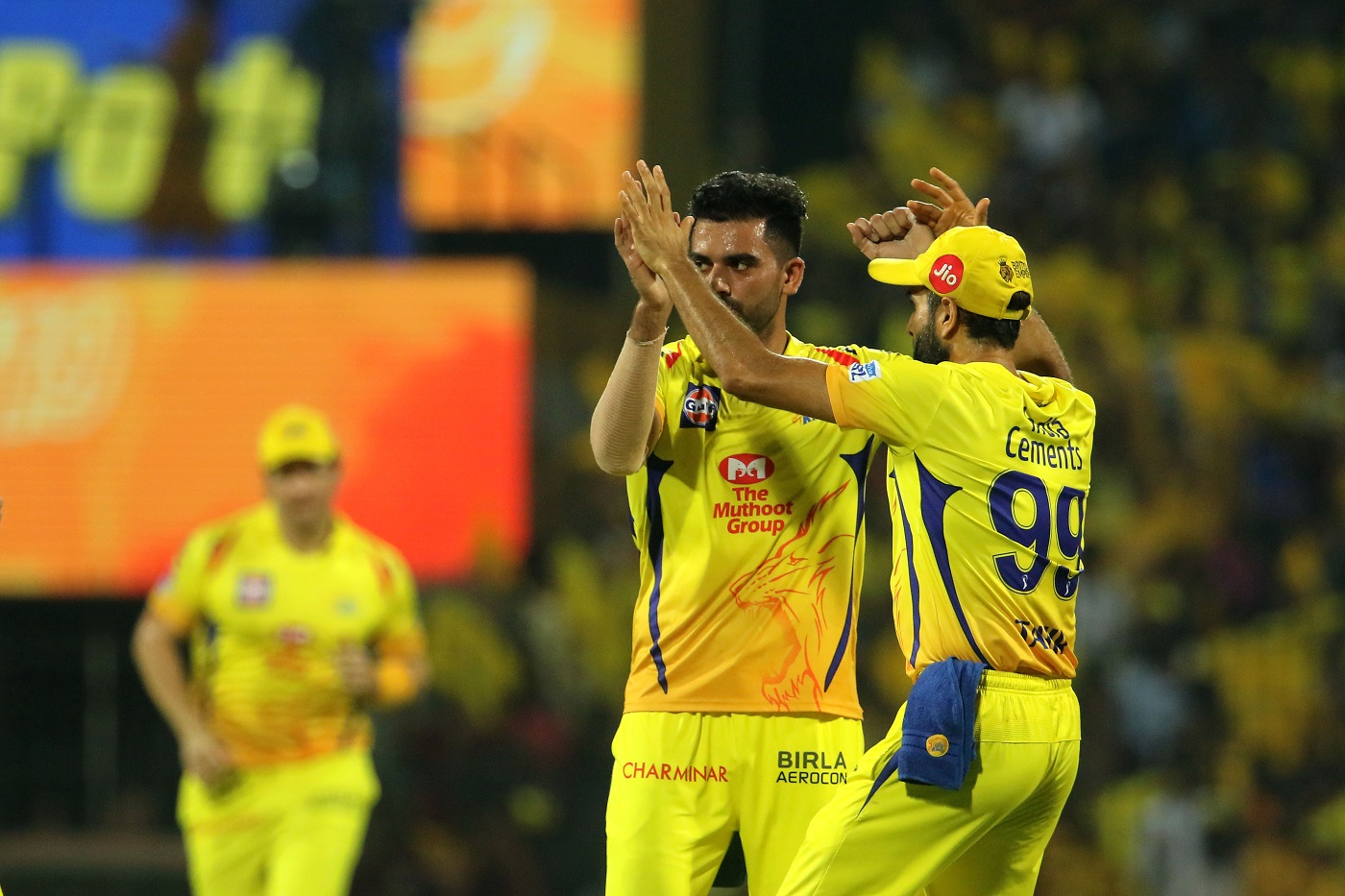 The last few months have been surreal for Thakur, who is turning everything into gold with his Midas touch. Be it picking crucial wickets in the last ODI match against Australia or coming straight away into the Test side for the 4th  Test and creating history, the seamer has been in the thick of things in almost every aspect of the country and this rich vein of form can certainly come of great help to CSK, who are chasing another title.

A right-arm seamer, who can swing the ball both ways and has done a fantastic job for the side, keeping the scoring rate down in the powerplay, Chahar will be raring to bowl on the helping pitches of India. He has come a long way in his short cricketing career and unlike his reputation as a new ball bowler, he has developed the art of bowling at the death. The cutters, slower ones and bouncers are different variations which he has picked and skipper Dhoni will be relieved to have such a multi-skilled bowler among his ranks.

Having warmed the benches for a major part of IPL 2020, Tahir will be hopeful of getting recurrent chances in the XI, considering Watson has bid adieu to the format. He was the highest wicket-taker in the tournament during IPL 2019 and most of them came while bowling in the middle overs, halting the scoring for the opposition. He will be bestowed with the same responsibility in IPL 2021, doing the job for the side during the moving phase of a game and acting as a great support to the pacers.

There is a toss-up between Ngidi and Hazlewood for the overseas pacer spot in the XI, but considering what happened at the backend of the tournament, the former is bound to get a nod over his Australian team member. Ngidi’s extra pace and steep bounce that he extracts takes the pitch out of the equation and will always pose a serious threat to opposition batsmen. His ability to run the fingers over the ball every now and then, too keeps the batsmen on their toes and come the new season, we can expect a demonstration of all these qualities and thus, a foot ahead in the high-octane clashes.