Virat Kohli is probably the greatest ODI cricketer of this generation. Very few foresaw him to touch the altitudes at which Virat is seated comfortably now. A serial century scorer, Virat Kohli is remarkably close to toppling the great Sachin Tendulkar’s 49 ODI century record.

When it comes to ODIs, there have been very few chasers better than the man from Delhi. While hunting targets was the hallmark of Virat’s game at the start of his career, he developed his all-roundedness by knocking centuries at all circumstances of an ODI game. On that note, in this article, we take you through the five fastest centuries orchestrated by the Indian captain in ODI cricket. 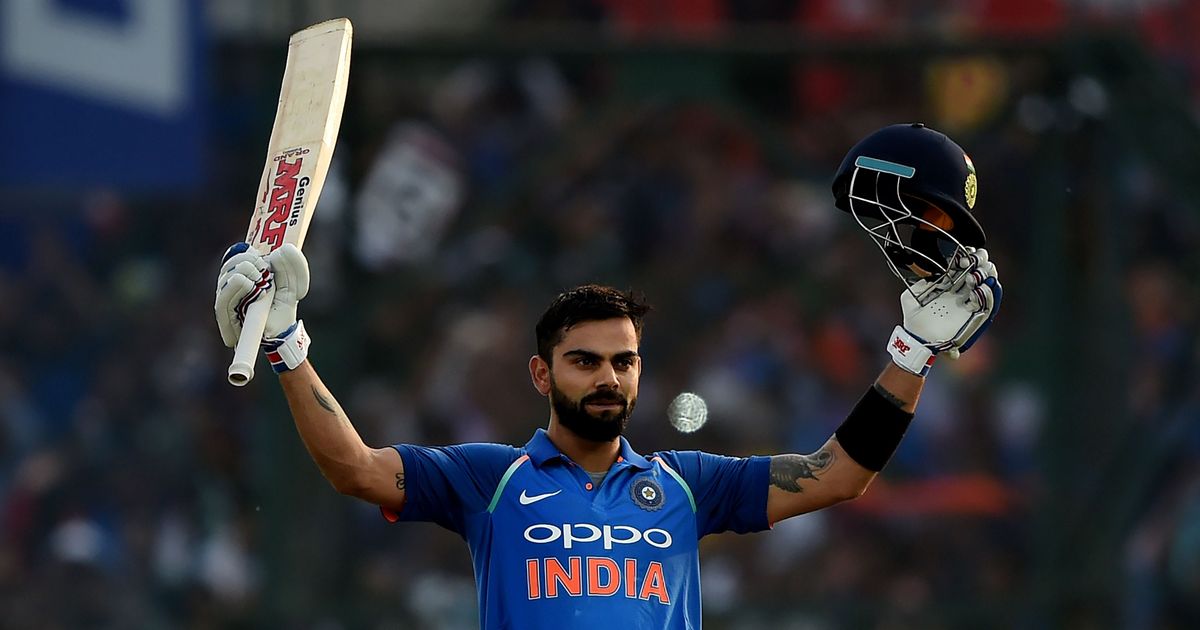 2013 was the time when Virat Kohli was gradually establishing himself as a superstar batsman. In this particular game, Virat’s exceptional batting skills were yet again on display. It was a tri-series, and India was batting first in this encounter. After a good start by the openers, Virat arrived very early into his mojo in this game. He brought up his century in just 81 deliveries and helped Team India put up a good score. This knock comprised thirteen boundaries and two sixes. The series was already on India’s side, and it was a fairly stressless game against Sri Lanka for Team India. Shikhar Dhawan fell early, and hence, both Rohit Sharma and Virat Kohli had almost fifty overs to bat together. Both didn’t waste the glorious opportunity. While Rohit scored a century, Virat also brought up the three-figure mark. The century came off just 76 balls as he ended his knock at 133 from 96 deliveries. 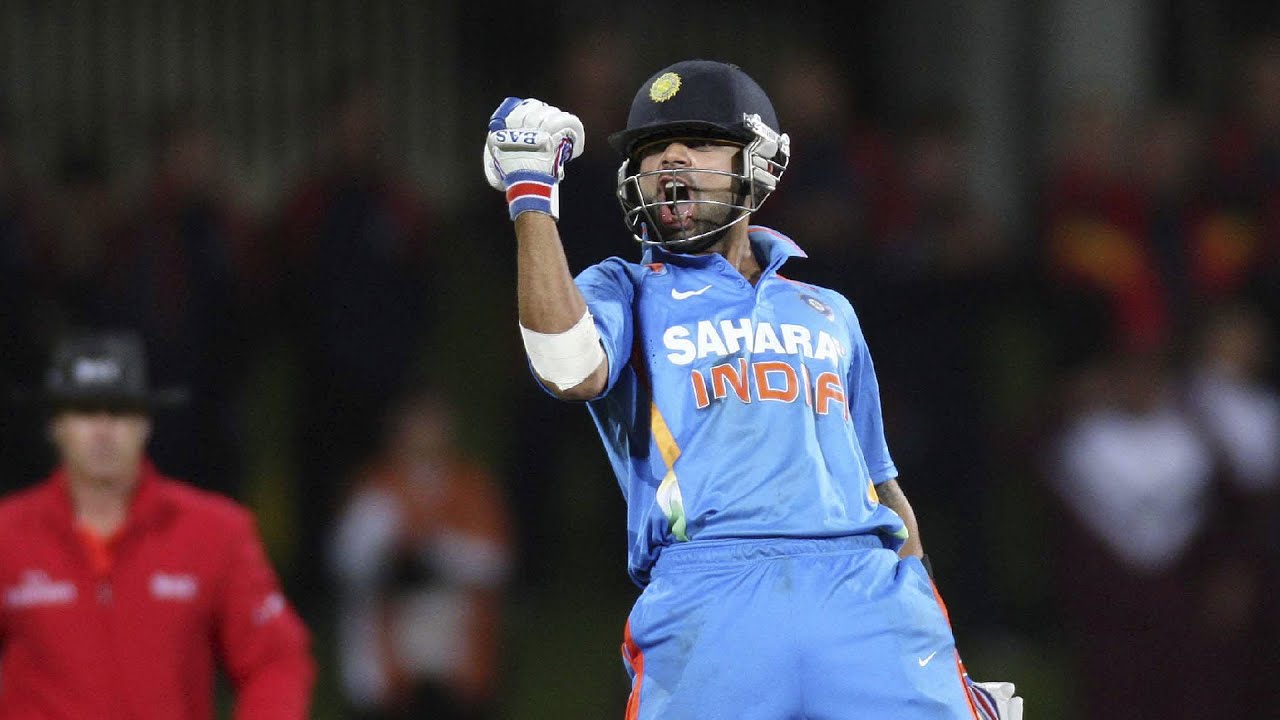 Now, who can forget this bonker of a knock by Virat Kohli? Sri Lanka was at its prime and had put up a robust target of 320 for India to chase. There was a catch in this setup. India required a bonus point to reach the final of that tri-series, and for that, the men in Blue had to achieve the target within 40 overs. Virat Kohli came at No.4 and took matters into his hands straight away. Including the dangerous Lasith Malinga, Virat blasted all the Sri Lankan bowlers and helped India chase the target in 36.4 overs. The RCB skipper’s final score read 133* off 86 deliveries. The home series against Australia in 2013 was a bystander to Virat Kohli’s masterclass. In this encounter that was happening in Nagpur, India had to win the game to stay alive in the series. However, the squad had a poor first inning as they conceded 350 runs to Australia. The Indian openers began well with the partnership blossoming up to 178 runs. In came Virat at No.3, and it was just his kind of circumstance to seal the game. He scored a century of 60 balls and made sure that the team was in the chase. Although the situation became close at the end, Virat held his nerve and helped India level the series. 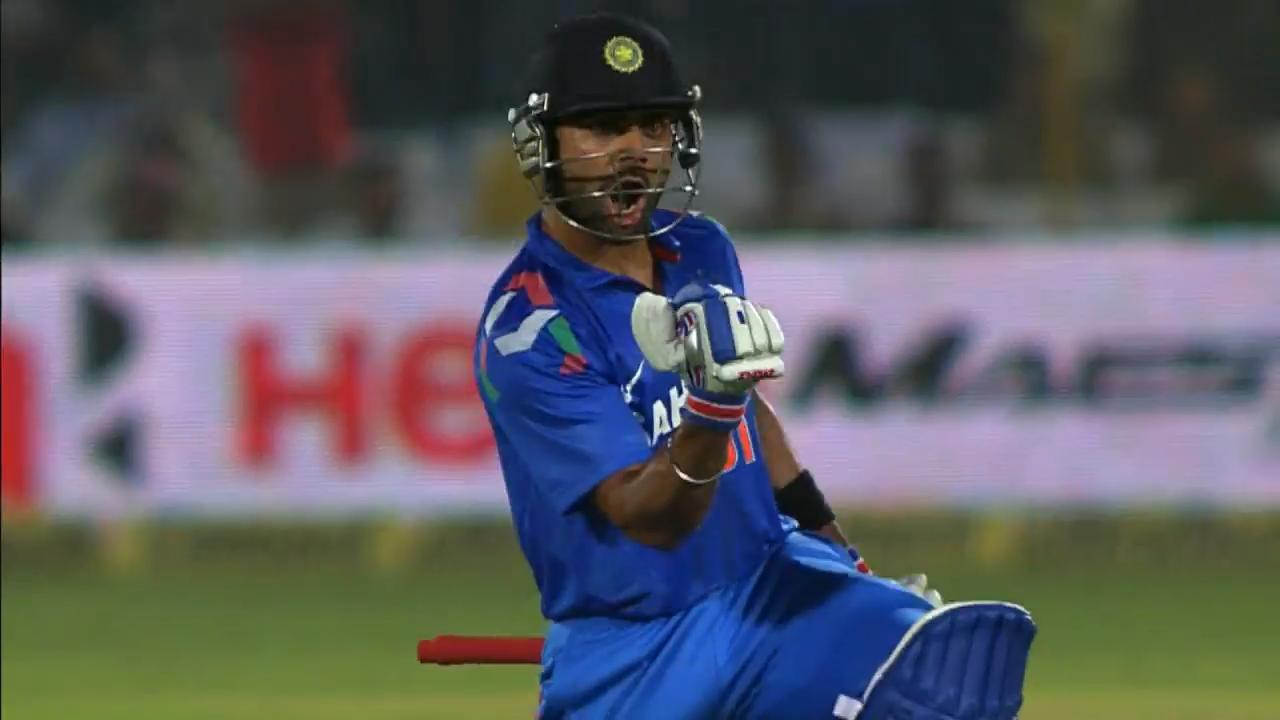 At No.1 on the list is a knock that came up against Australia. The target was 360, and the openers yet again gave a good start. This time, though, Virat Kohli was even better. Eight fours and seven sixes helped Virat complete his century in just 52 deliveries. This was the fastest ever by an Indian. Rohit Sharma also had a century in this game, and India won the encounter.

Indians Openers To Score 1000 Runs In All 3 Formats