Cricket is known as a ‘Gentleman’s Game’ where mature individuals display their finesse and class with either the bat or the ball in hand on the field. But, there have been enough cases where this hasn’t been the case and many youngsters were inducted into the side when many of their counterparts and they themselves were not even eligible to hold a driver’s license. So, here we bring to you the names of 5 such cricket players who are the youngest wicketkeepers to play Test Cricket. One of the finest wicketkeepers to have played for the Indian Cricket Team, Parthiv Patel came into the Indian Cricket Team when he was of the age of 17 years and 152 days. He was brought into the side when the Indian team was going through a transition phase and was on the lookout for a wicketkeeper, as they found respite in a young boy from Gujarat who was a mainstay in the side until MS Dhoni came along and literally fortified the wicket-keeper spot in the side. During his stay in the Indian Cricket Team, he played in a total of 65 International matches, where he scored 1,706 runs and had a total of 112 dismissals to his name in the form of catches and stumpings. The Indian-born Pakistani cricket player, Hanif Mohammad, made his debut for the Pakistan Cricket Team in the year 1952, at the age of 17 years and 300 days, and stayed as the youngest wicket-keeper debutant for the longest time, until Parthiv Patel came along in the year 2002 and topped his record. He played his last Test match for the Pakistan team in the year 1969, and by that time, he had played in a total of 55 Test matches. With 40 catches to his name in the longest format of the sport, Hanif once even donned the role on the other end of the pitch too and took 1 wicket in total with the ball in hand.

Poised at 5 feet 5 inches, Tatenda Taibu, had one of the longest careers amongst the entrants in this list of the youngest wicketkeepers to play Test cricket. Aged 18 years and 66 days when he made his Test debut in the year 2001, playing against the West Indies, Tatenda slots in at number 3 in this list. Tatenda played in his last international match in the year 2012 and was a part of 150 One Day Internationals, 28 Tests and 16 T20 Internationals. And, during his time on the field, he scored 4,984 runs in total and had over 200 dismissal contributions to his team in the form of stumpings and catches. To add to this, just like Hanif, who is placed just above him in this list, Tatenda enjoyed his share of success with the ball in hand too, as he took 3 wickets as a bowler. 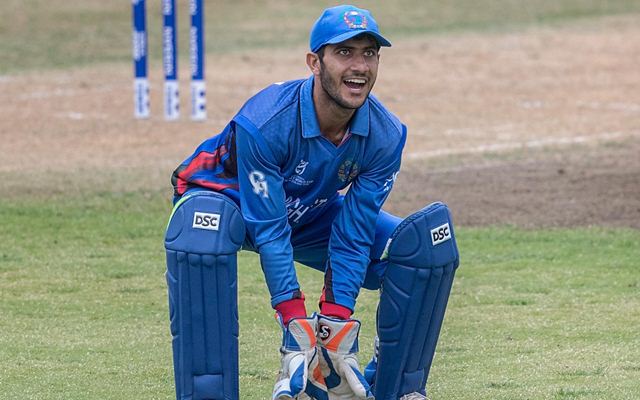 At the moment, the youngest player in this entire list, aged just 20 years, Ikram Ali Khil, came into the Afghanistan Cricket Team as a wicketkeeper, after the side’s main wicket-keeper, Mohammad Shehzad made a controversial exit from the team. And, when Ikram Ali Khil was called into the team to play international cricket, he was just 18 years and 167 days old. The Afghan has played in a total of 12 One Day Internationals, and just 1 Test match, where has scored 86 and 7 runs respectively. His tally of dismissals currently stands at a total of 7 catches and 4 stumpings to his name, which the way he has been performing and the opportunities that he has at hand, are all set to go nothing but up in the coming years and matches. Another stalwart of the game who made it to the national team at a very young age, Asanka Gurusinha made it to the national team when he was just at the age of 19 years and 52 days. Once he came into the side he made sure that his presence was felt in every match that he played in, and the same is reflected in his stats, which stand at him making appearances in a total of 147 One Day International matches, and 41 Test matches. He scored 2,452 runs in Test matches and 3,092 runs in ODIs, along with the 82 catches that he had to his name. And just like his other counterparts from other countries, he tried his hand at bowling and was fairly successful with as many as 46 wickets to his name.