The 2021 season of the Indian Premier League (IPL) was off to a flying start courtesy of a maiden five-wicket haul for Harshal Patel and a nail-biting finish, seeing RCB win the curtain raiser only on the last ball. Every bowler in world cricket desires to achieve this feat early on in a competitive and gruelling tournament like the IPL and to pull it off in a literal sense as Harshal did, calls for appreciation and praise, boosting the morale of the bowler to do it on a consistent basis. Throughout the history of the IPL, we have seen numerous bowlers, who picked a fifer for their franchise, some of them even achieving it twice and showcasing their prowess. But, we will be focusing only on those who accomplished it in lesser deliveries in the present article. In the below piece, we look at 4 bowlers, who picked a fifer in the least number of balls bowled in the history of IPL:

This feat came recently during the 5th game between MI and KKR at Chennai in IPL 2021. Batting first, MI posted a competitive total of 152 in their 20 overs, owing to knocks of 56(36) by Surya and 43(32) by Rohit. It was Russell, who inflicted the damage for KKR, picking 5 wickets in just 2 overs and seeing MI collapse from 123-5 to 152 all-out. With this stellar show, Russell topped the list of bowlers, who picked a fifer in the least number of balls bowled.

In reply, KKR were cruising towards the total with 72-0 in under 9 overs with both openers set. But, from thereon, the game turned on its head courtesy of a wicket-taking spell of 4-27 by leg-spinner, Rahul Chahar, who obtained plenty of assistance from the wicket. Later, Boult with his spell of 2-27, brought down curtains on a KKR comeback and saw MI win the contest by a convincing margin of 10 runs. 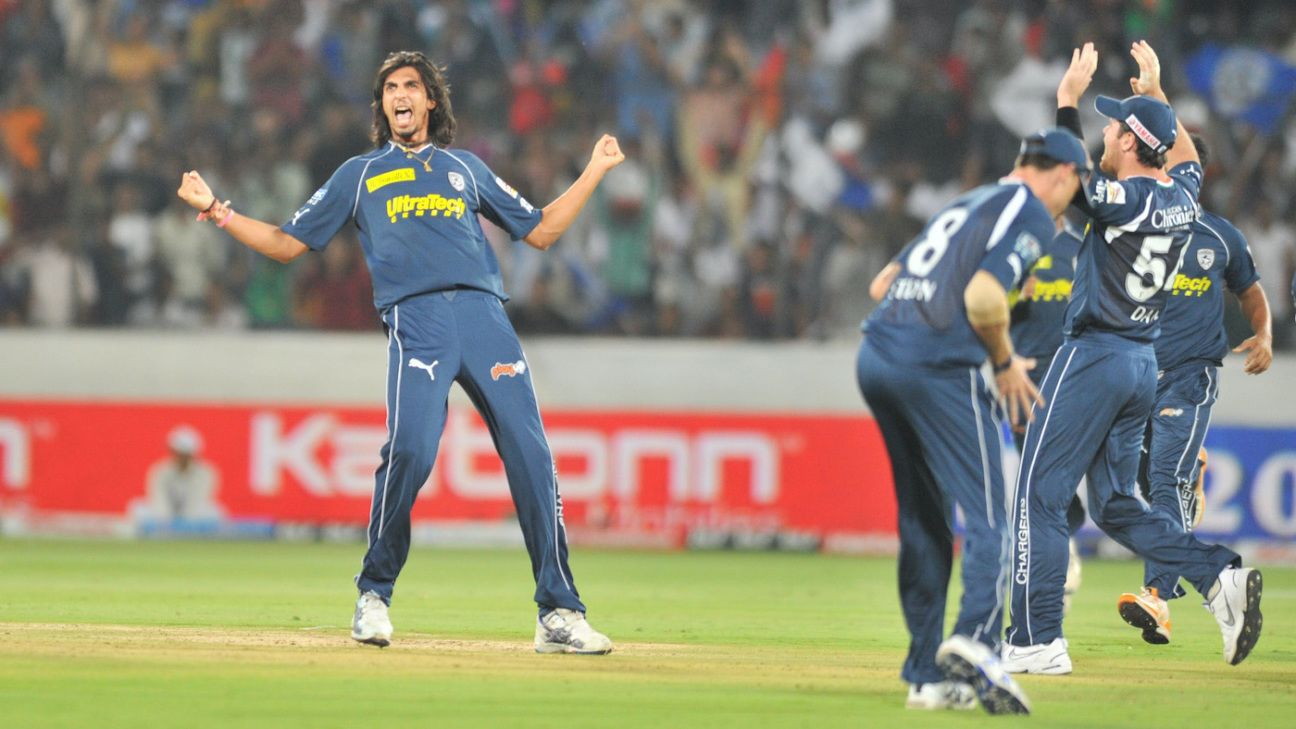 India’s primary bowler at the Test arena, Ishant Sharma pulled off this feat during the 32nd game between Deccan Chargers and Kochi Tuskers Kerala at Kochi in IPL 2011. Put into bat first, the Chargers could only post 129-7 in their 20 overs, where Sangakkara was the top scorer with 65(47). Vinay Kumar and RP Singh were the pick of the bowlers for KTK, scalping 3-25 and 2-21 respectively.

In response, KTK were bowled out for a mere score of 74 in 16.3 overs, courtesy a mind-boggling spell of 5-12 from Ishant, who took just 3 overs to achieve the landmark. South African speedster, Dale Steyn provided him the requisite assistance with figures of 3-16 and helped Chargers in winning the game by 55 runs.

India’s legendary leg-spinner, Anil Kumble bowled this brilliant spell during the 2nd game between RR and RCB at Cape Town in IPL 2009. RCB while batting first, posted a below-par total of 133-8 in their 20 overs, owing to one-man-show from Dravid, who scored 66(48). Mascarenhas was the shining light for RR with figures of 3-20, who was ably assisted by Patel and Warne, who scalped 2-25 and 2-18 respectively.

Given the small total and batting strength for RR, many expected an easy victory for them, getting their campaign off to a flyer. But, veteran spinner, Anil Kumble seemed to have different plans as he bowled an unbelievable spell of 5-5 in 3.1 overs and played a crucial role in demolishing RR for just 58 in 15.1 overs. RCB rightly won the contest by a whopping margin of 75 runs and set their campaign right from the first game itself. Bowling in his debut game, Joseph didn’t let the nerves take over as he conjured the best spell in the history of IPL, scalping 6-12 in 3.4 overs. Courtesy of his spell and assistance from leg-spinner, Rahul Chahar, who picked 2-21, MI bowled out SRH for just 96 and won the game by 40 runs.